Skaggs has helped to redefine and breathe new life into the genre, with Nashville legend Chet Atkins even saying Skaggs saved country music. 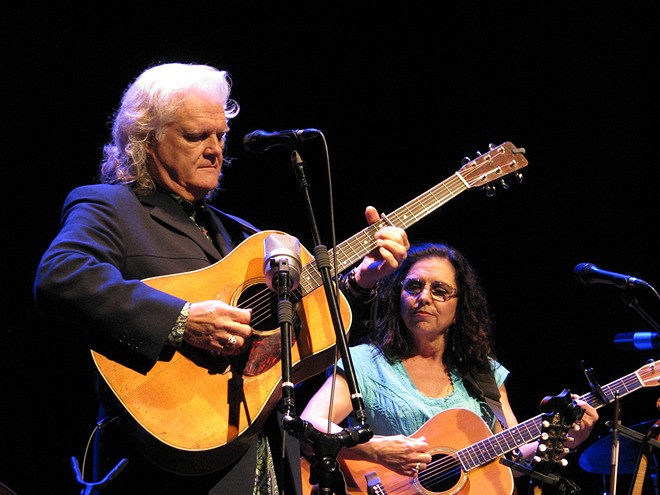 Ricky Skaggs is a multi-instrumentalist, singer and 15-time Grammy winner. The icon also is a member of the Grand Ole Opry, Country Music Hall of Fame, Bluegrass Hall of Fame and too many more to list. He’s helped keep bluegrass and roots music alive over the last five decades.

Skaggs has direct connections to the most significant musicians in bluegrass history. He was invited on stage at the age of six and later befriended and worked with Bill Monroe, known as the “Father of Bluegrass.” Skaggs performed with Flatt and Scruggs at seven on a televised performance, and when he was a teenager in 1970, Ralph Stanley invited him to join his band the Clinch Mountain Boys.

By the late 1970s, Skaggs had performed in progressive bluegrass acts and been a member of singer-songwriter Emmylou Harris’ Hot Band, eventually becoming a major label country star in the 80s starting with the 1981 hit album Waitin’ For The Sun To Shine. He had an impressive run that produced 12 number-one singles, including “Country Boy,” “Crying My Heart Out Over You” and a cover of the Bill Monroe song “Uncle Pen.” He helped to redefine and breathe new life into the genre, with Nashville legend Chet Atkins even saying Skaggs saved country music.

Skaggs returned fully to bluegrass and roots music in the ‘90s with his band Kentucky Thunder, more than ever becoming an ambassador of the genres and maintaining the virtuosity and charm of the bluegrass greats for new generations. He was awarded the National Medal of Arts in 2020.

There’s even a Cincinnati connection in Skaggs’ story. On 1530 WCKY-AM, the “WCKY Jamboree” program broadcasted country music that reached a young Skaggs in Kentucky, influencing and building his understanding and love of the genre.