Brood X Is Back. Cicadas May Once Again Be Popping Up in Greater Cincinnati This Month

"We are expecting just a few thousand in Greater Cincinnati, but we do not know for sure." 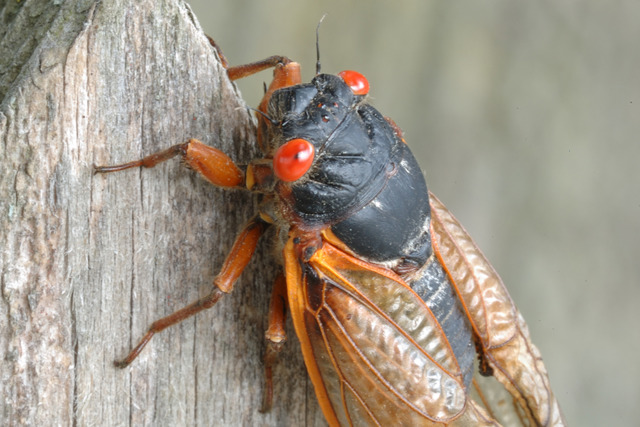 Photo: Janetandphil/CC by-NC-ND 2
Cicadas may be emerging soon in the Tri-State area

Brood X (as in the Roman numeral for “10;” a 19th-century entomologist assigned Roman numerals to different periodical groups) is the largest of all the 17-year cicada broods. Also known as Magicicada septendecim and “Pharaoh Cicada,” we last saw them in 2004. Cicadas Are Coming: Your Guide to the Soon-to-Emerge Brood X: Everything you need to know about cicadas — including how many there will be, how to eat them and what to wear to keep them off of you

And we may see them again this year — or at least several thousand of them — according to Dr. Gene Kritsky, Dean of Behavioral and Natural Sciences at Mount St. Joseph University, an internationally renowned cicada expert and the inventor of the Cicada Safari tracking app.

"It is not unusual to have a few of these late arrivals," Kritsky says in a release. “They are often not noticed because birds and other predators quickly eat them. Scientists have never actively searched for periodical cicadas during years when no broods are expected, but adult periodical cicadas have already been reported in Georgia, South Carolina, North Carolina, Alabama, and Mississippi."

He says the Tri-State area will likely see cicadas popping up in the next two weeks.


"We are expecting just a few thousand in Greater Cincinnati, but we do not know for sure as there has never been a major survey during off-cycle years," he says.


The soil temperature reaches the critical temperatures in the more southern locations first. The cicadas may start emerging in late April and early May in the southern states, in mid-May in southern Indiana, Ohio, and Maryland and a week later in northern Indiana, Pennsylvania and New Jersey.

To help track these late arrivals, Kritsky is asking the nearly 200,000 Cicada Safari app users to record and photograph any of the insects they find. 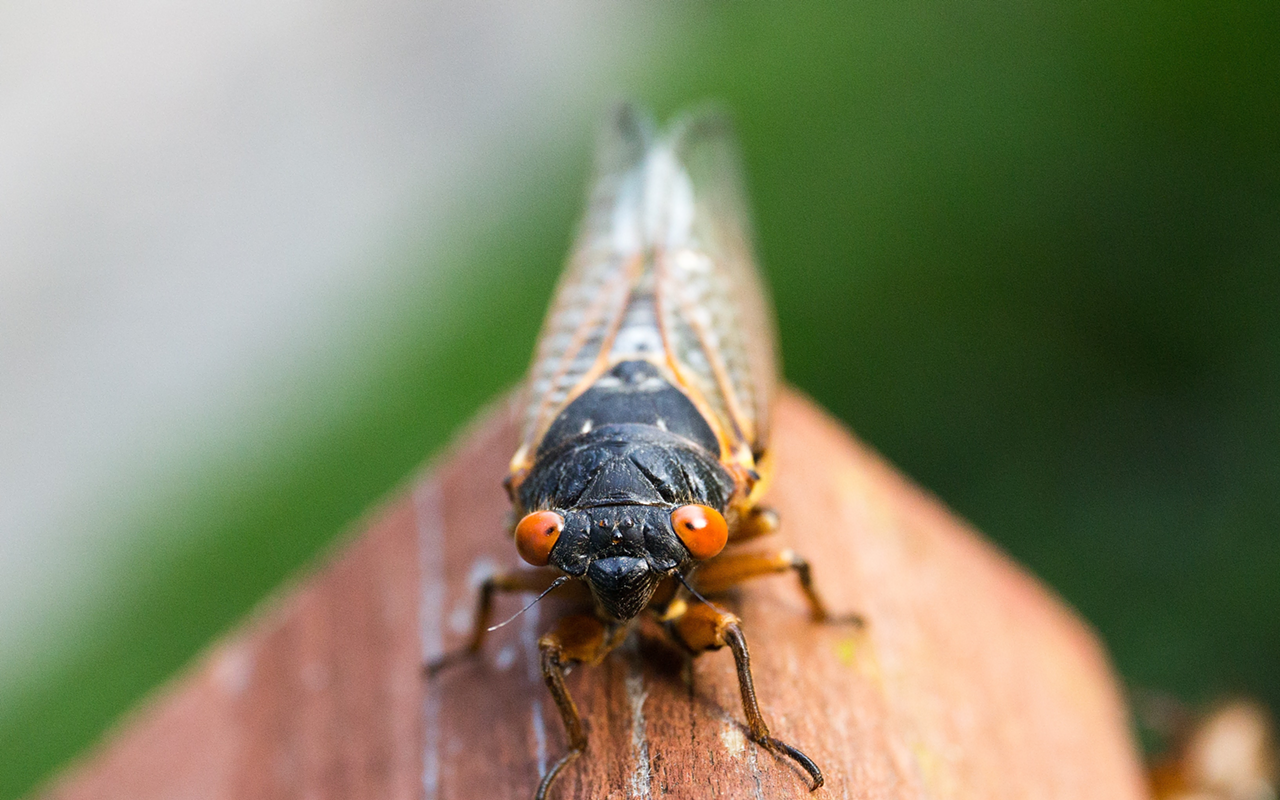 Here's How You Can Help Track the Billions (Yes, Billions) of Cicadas Coming to Greater Cincinnati: You can become a cicada hunter this summer while contributing to Mount St. Joseph University's research.


Kritsky created the Cicada Safari app in partnership with the Center for IT Engagement (CITE) at Mount St. Joseph University. The app allows users to search, photograph, record and map cicadas in their area. Once a user submits their findings, scientists then verify the cicada by studying the photograph or video. Following verification, the cicada is included in Mount St. Joseph University’s cicada map. (Make sure your location services are on before snapping a photo or video so the team can get an accurate latitude and longitude.)

“You go around and look for cicadas, and when you find one, at the bottom of the app, there's a little button that you push to turn on your camera and you photograph the cicada,” Kritsky told CityBeat in an interview last year. “My colleagues at CITE and myself, we look at every single photograph. And then if it's accepted, it goes on the map."

“We ask our users, our scouts, when you hear cicadas calling in your area, to take a video for 10 seconds of the calls. Because from the calls, I can tell you what species are present.” Cicada Basics: Answering Your Top Questions About Cincinnati Cicadas: Learn the basics about Brood X, including how many cicadas there will be in Cincinnati and how to avoid being peed on by them

Kritsky says this information will move scientific research forward by determining the cicada distribution and population status across the region.

"We developed this app because so many people are fascinated by periodical cicadas," Kritsky says in the release. "This is true citizen science. The photographs and videos submitted to our map are like voucher specimens permitting us to verify the observations, making the maps more useful for future research."

The Cicada Safari app can be downloaded from the Apple App Store or Google Play.

You ca also get more info on cicadasafari.org. How to Eat Cicadas: Eating locally grown food is an important way of life for many people. But how many locavores’ diets will include the forthcoming Brood X cicadas, which are soon due to emerge after 17 years underground?