Here's what you need to know before taking an at-home test or getting tested by a doctor. 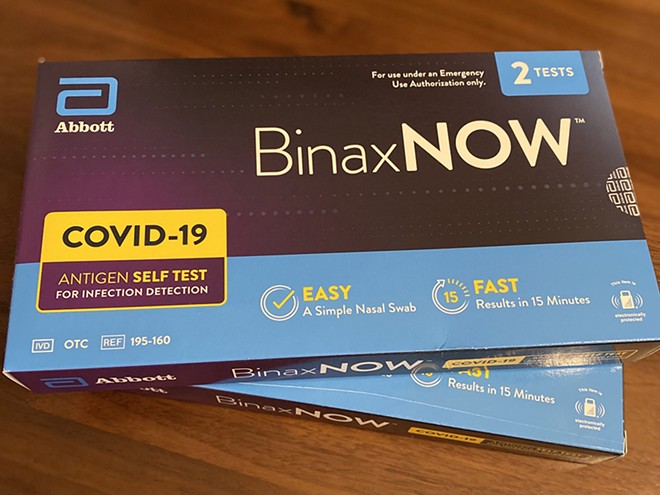 A friend texted me recently because her daughter’s class had a coronavirus outbreak and my friend had some questions about COVID-19 testing.

Testing has been on lots of other people’s minds and in the news lately, too. President Joe Biden announced recently that insurance providers must reimburse people for at-home coronavirus tests, and millions of tests will be available for people who don’t have insurance. Some people are making testing part of their routines before holiday gatherings.

Yet COVID-19 tests aren’t easy to come by everywhere. Consumers have complained that their pharmacies are sold out and that testing centers in some places have long lines. And even if you can get your hands on a test, many folks — like my friend — have questions. In particular, she wanted to know if her daughter’s recent vaccine shot would interfere with the results of her home test.

Here are some answers to that and other queries.

What do COVID-19 tests measure?

There are two major categories of diagnostic tests you might encounter: antigen tests and nucleic acid amplification tests, better known as PCR tests. Both can determine whether you have a current infection with SARS-CoV-2, the virus that causes COVID-19. You can find a list of tests available in stores or at testing sites in the United States here. (Antibody tests aren’t diagnostic tests: They can detect evidence of past infections, but not current cases.)

The PCR (polymerase chain reaction) test determines whether there is viral RNA in the swab or saliva sample being tested. Those tests are the ones you would encounter most often at the doctor’s office or other testing centers, and some at-home tests allow people to swab themselves and mail the samples to a lab for PCR testing. Those tests work by first converting any of the virus’s RNA in the sample into DNA. If any of the viral genetic material is present, then multiple rounds of copying short pieces of certain viral genes should produce a signal. That would be a positive test result.

Many of the at-home kits are antigen tests, which probe for certain viral proteins. Most of the rapid antigen tests look for the coronavirus’s nucleocapsid, or N protein. That protein helps package the viral RNA.

How accurate are the tests?

Both types of tests are accurate but have strengths and weaknesses. Because of their round robin copycatting, PCR tests are very sensitive and can pick up small amounts of viral RNA, including before a person becomes contagious. The downside is that the test can still pick up RNA debris even after people have ceased making infectious viruses, potentially making people seem contagious when they aren’t.

At-home kits aren’t as sensitive as the PCR tests, but “the rapid antigen tests are really great, particularly if you’re symptomatic, to determine whether you have COVID at that moment,” says Gigi Gronvall, an immunologist and senior scholar at the Johns Hopkins Center for Health Security. “They rival PCR for accuracy for that time” when people are symptomatic and most likely to be contagious to others.

But a negative test result doesn’t necessarily mean that you aren’t infected. It just means that the test didn’t detect the virus at that time.

“All tests are a moment in time,” Gronvall says. “There’s always going to be a moment like when you’re watching a sunrise when the light hasn’t yet come above the horizon. It’s not like the sun isn’t there. … You won’t know the day or the hour when the virus is starting to make copies of itself,” she says. For that reason, experts advise doing several rapid antigen tests a few days apart.

That’s something to keep in mind when deciding when to test over the holidays, too. Do a rapid antigen test before you go to a party to get some assurance that you’re likely not contagious to others right then. But if you’re worried that you were exposed to the virus during the celebration, “testing as soon as you get home from the party isn’t going to do much good,” Gronvall says. Health experts advise waiting five to seven days after exposure to take a test, but people are often testing positive within three to five days with the delta variant, she says. It’s unknown how long it might take to get a positive result if infected with the omicron variant.

At first glance, it seems logical that a vaccine might give wonky test results. The mRNA vaccines from Pfizer and Moderna and Johnson & Johnson’s DNA vaccine all contain instructions for building the coronavirus’s spike protein. A PCR test might pick up on that signal, right?

It turns out that many PCR tests probe for multiple viral genes, including ones encoding the spike and N proteins,  but also for an RNA polymerase that copies the virus’s genetic material and for the virus’s envelope, or E protein. A test is positive if it picks up on all of its target markers. But a signal from the vaccines’ spike protein alone isn’t enough to send up a red flag. Also the mRNA in the vaccines doesn’t stick around for long in the body, 24 to 72 hours. So the vaccines do not interfere with accurate PCR test results.

Most of the antigen tests detect the N protein, not the spike protein. So even if the vaccine works spectacularly well and your body is pumping out spike protein at levels that you’d get with an active infection, the antigen test would ignore it, so it won’t interfere with those test results either.

Can the tests detect viral variants?

The Delta variant can’t fool either test. Omicron, however, is missing nine RNA building blocks called nucleotides in the N gene. That could lead to false negatives on a PCR test from Tide Laboratories used in more than 30 locations around the country, the U.S. Food and Drug Administration reports. That particular test probes for only the N gene, so the missing pieces are a problem. But antigen tests can still pick up on the N protein despite the absent bit.

Omicron is also missing a bit of the spike protein that causes what’s called “S gene dropout” in 26 PCR tests from various manufacturers, meaning that the spike gene isn’t detected even though the person is infected. That’s generally not a problem since those tests are looking for multiple viral genes. In fact, the missing spike signal may be a clue that a person is infected with omicron rather than Delta and that their sample should be examined more closely. Alpha and some other variants also caused S gene dropout, so it’s not a slam dunk that the missing spike heralds an Omicron infection.

On the flip side, a second version of Omicron that has been spotted in some places doesn’t cause S gene dropout. So a sample might test positive for the S gene and other markers and be mistaken for a delta variant infection, when it is really omicron.

Should I use a rapid at-home test or go in for a PCR test?

“It’s really a matter of time and what you need it for,” Gronvall says.

When people have been exposed to someone with COVID-19, but don’t have symptoms themselves, a PCR test could pick up a low-level infection possibly before people become infectious to others. “That could buy you a little time” to isolate and prevent spreading the virus to others, Gronvall says. But it may take a couple of days for some PCR test results to come in, erasing that advantage.

Rapid tests could be useful for people who have symptoms of COVID-19 and need to know quickly if they are contagious to others. New antiviral medications that may soon be on the market require people to take them within three to five days of developing symptoms, so rapid tests may help people get treatment within that narrow window.

Logistics also may come into play in the decision. At-home tests aren’t officially recorded, unless a person reports the results to a doctor, and even then, the result may require confirmation with a second test. Insurance companies may require such confirmation to verify that people have had COVID-19 before paying for some treatments or for monitoring for long-term effects of the disease. International travelers will also probably need to get a PCR test for official verification that they are safe to fly, Gronvall says. “You could say that you’re negative, but without proof they’re not going to take your word for it.”

How long are the tests good?

If stored properly, the tests should be good for a while. For instance, the Abbott BinaxNOW test I just bought says to store it between 35.6° to 86° Fahrenheit (2° to 30° Celsius). It was manufactured on November 2, and the little hourglass symbol on the box tells me it is best if used before June 19, 2022.

That long shelf life may prove important as we learn to live with the coronavirus. Testing could become a routine part of our lives, as people seek additional ways to socialize, work and travel safely. And my friend certainly won’t be the last parent to have to swab their little ones’ noses looking for answers either.

This story was originally published by ScienceNews, a nonprofit news room, a republished here with permission.