Two men have been arrested in connection with the Aug. 20 death of cyclist Gloria San Miguel. 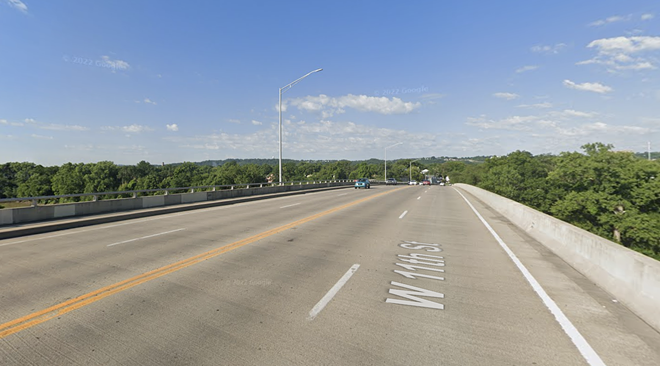 Photo: Google Maps
The Girl Scout Bridge, which connects 11th Street in Newport to 12th Street in Covington ,has been a concern to the Devou Good Foundation.

It’s been almost a week since a driver hit Gloria San Miguel while she was riding her bike on the Girl Scout Bridge in between Newport and Covington, killing her and fleeing the scene. But now, police say there have been new developments.

In an Aug. 25 news release, the Newport Police Department announced two arrests in connection with the crash. Investigators say they used city cameras to identify a vehicle of interest and located one that matched the description, including the damage that would have been caused by the crash. While officers were closing in on the suspect, Mark Phipps, 60, turned himself in to the Newport Police Department on Aug. 25, police say. He was arrested and charged with second-degree manslaughter, tampering with physical evidence and leaving the scene of an accident.

Thomas Jackson Sr. also turned himself in and was arrested on Aug. 25. Officials say he was charged with tampering with physical evidence in connection to the hit-and-run. It is unclear if Jackson Sr. was in the vehicle that struck San Miguel.

The crash happened at 12:30 a.m. on Aug. 20 when San Miguel was riding her bicycle on the bridge with her partner, Zach Vickers. Her loved ones say she had proper lights for the night ride and was wearing her helmet. Still, that didn’t protect the community fixture and mother of a 3-year-old from being the latest cyclist to be killed by a driver. According to the National Safety Council, there were 1,260 preventable cyclist deaths in 2020, up from 800 in 1999.


Matt Butler of the Devou Good Foundation – an organization that supports active transportation in Greater Cincinnati – says that two weeks before the crash that killed San Miguel, he had put in a request to hang a speed radar on the Girl Scout Bridge.  “It was built like a freeway. It’s got four lanes, it’s very wide and drivers can pick up a lot of speed on it,” Butler tells CityBeat.

The bridge, which connects 11th Street in Newport to 12th Street in Covington, has been a concern to the Devou Good Foundation for a while. Butler says the Kentucky Transportation Cabinet (KYTC), which owns and controls the bridge, is not approaching safety solutions with any urgency, even after the death of San Miguel.

“KYTC’s solution is to put down some paint,” Butler says. “Basically, share the road is what the paint will say, and our response is paint is not protection.” 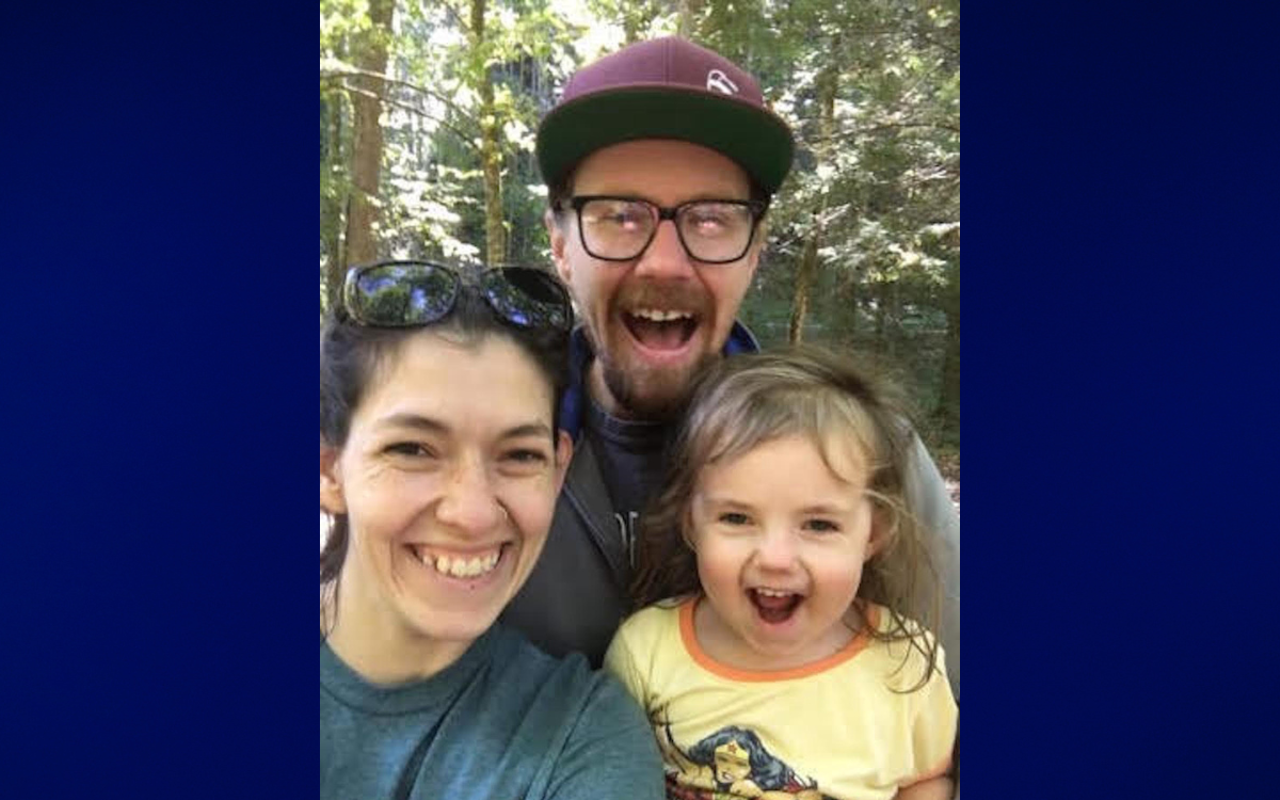 More Than $40k Raised for Family of Covington Woman Killed in Aug. 20 Hit-and-Run: The investigation into Gloria San Miguel's death is ongoing.


Butler says KYTC is proposing “sharrows,” painted arrows on pavement pointing to a stick figure on a bicycle. They indicate where cyclists and drivers must share the road, but they are not actual bike lanes.

The fix is not enough for the Devou Good Foundation.

“They’re not effective,” Butler says. “They’re not used for roadways where the speeds are as high as they are on that bridge. It shouldn’t give anyone any semblance of safety.”

Immediate fix could be free


Butler instead wants to install a water wall on the bridge to create a barrier between drivers and cyclists. Water walls are plastic orange containers filled with water to give them weight. They’re commonly used in construction zones to protect construction workers from drivers.

The water wall would eliminate one lane for drivers on the Girl Scout Bridge to create a two-way lane for cyclists, giving them ample space to safely cross the bridge without the risk of a car veering into their path. 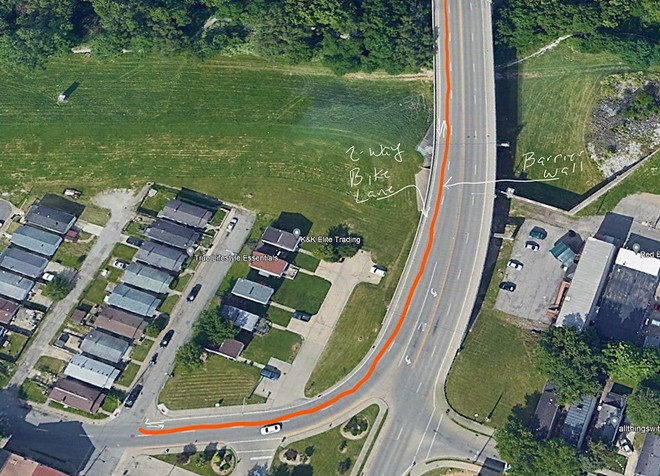 Photo: Provided by Matt Butler
The Devou Good Foundation is offering to install a water wall on the Girl Scout Bridge to protect cyclists. 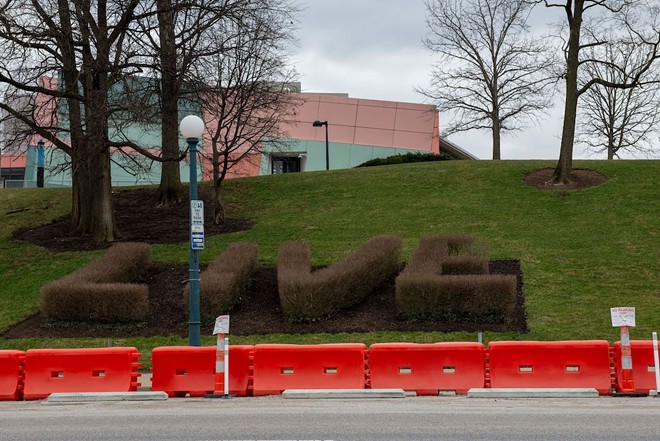 Photo: Provided by Matt Butler
Water walls are plastic orange containers filled with water to give them weight.

The Devou Good Foundation already has the water wall ready. It’s in storage after being used on the Clifton Avenue bike lane in 2021 before a more permanent design went into place. Butler says the process of putting the water wall up would be paid for by the foundation and would only take about a day. All KYTC needs to do it sign off on an encroachment permit.

“They can give us approval very rapidly – at least have a conversation about what this will look like, and what concerns they have – but right now, we’re not hearing any of that back from them,” Butler says. “They’re only proposing paint or very, very long term solutions, like five years.”

Email correspondence between KYTC and the Devou Good Foundation obtained by CityBeat shows that the state agency wants Newport and Covington residents and officials to be a part of the conversation before any changes are made to the Girl Scout Bridge.

When asked if KYTC would consider the immediate use of the water wall, the agency provided CityBeat with this statement:


“With support from the Cities of Covington and Newport, sharrows could be painted along the right lane of the 11th Street Bridge to increase visibility and awareness for drivers to share the road with bicyclists. The Transportation Cabinet is committed to constructing separate bicycle lanes on the new 4th street bridge. We are accelerating this project as quickly as possible to ensure this new facility that will safely serve all modes of transportation is operational as soon as possible.”

Butler is in favor of long-term solutions for increased cyclist safety in both cities, but he says only KYTC can approve the water wall while both cities come up with a long-term plan. 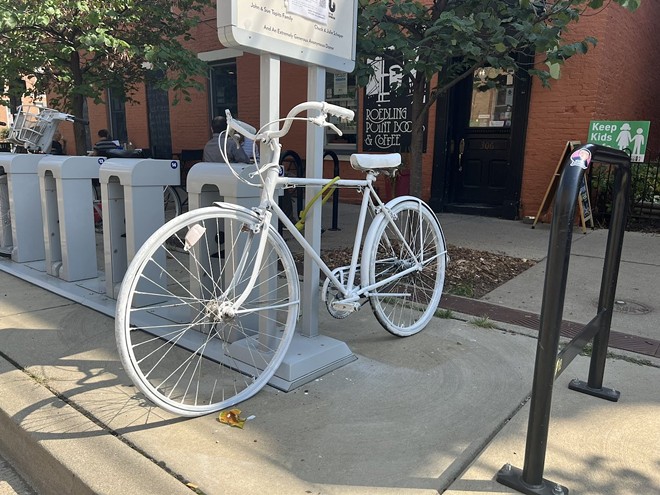 Photo: Madeline Fening
A "ghost bike" sits outside of Roebling Point Books and Coffee where Gloria San Miguel worked. The white painted bikes are a symbolic memorial for cyclists who are killed while riding.

“KYTC controls the bridge, so they have the authority to make immediate changes,” Butler says. "We’re here saying there’s another way we can do this in the short term, and so we’d like to at least get them to the table and have that dialogue. I really think they need to hear from the community themselves.”

The community already has begun pushing for changes through a petition to create bike-specific “Gloria lanes” throughout Covington. The petition has amassed 2,400 signatures as of Aug. 25, with a goal of 3,000 signatures.

“We need those people to get a hold of Bob Yeager and Mike Bezold [of KYTC] and let them know that this is what they want and this is important for our community,” Butler says.