The Department of Agriculture’s food stamp program has one of the lowest levels of fraud of any federal program, but that hasn’t stopped statewide politicians from spending lots of time on politically-popular fraud prevention proposals. 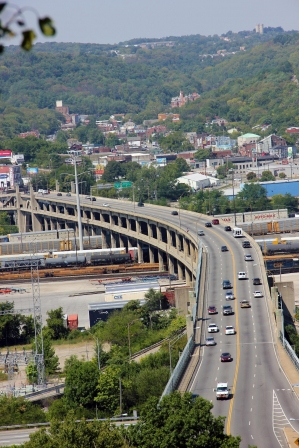 Hey all. It’s Friday! It’s supposed to be kind of warm this weekend! This is all great news. Until we’re free from the shackles of work for a couple days, here’s some probably more important but less exciting news.

Just about every Cincinnati City Council meeting, members speed through approval of mayoral and city manager appointments to various city and county boards. It’s pretty unusual for this to spark any discussion, let alone serious debate. But that’s what happened Wednesday over Heidi Black’s appointment to the board of the Southwest Ohio Regional Transit Authority.

Council members Yvette Simpson and Chris Seelbach took issue with Black’s appointment, saying she isn’t a regular rider of Metro buses and that the transit authority’s board doesn’t represent its users. It was hard not to see struggles over the mayoral race in the debate, which soon broadened out to Cincinnati’s transit problems and the nature of transit as a civil rights issue. Black, who serves as a project manager for education nonprofit Strive Together, is married to Cranley chief of staff Jay Kincaid. She also serves as Cranley’s campaign treasurer. Cranley argued that Black does ride public transit — she says she takes the streetcar about once a week. Councilman Kevin Flynn, who supported Black, pointed out that her predecessor, Brad Thomas, was chosen for his support of the streetcar, not his status as a regular Metro rider. Despite the dustup, Black’s appointment passed Council 7-2, with Simpson and Seelbach voting against her.

• After retail giants like Nordstrom and Nieman Marcus stopped selling Ivanka Trump’s fashion lines earlier this year, will Cincinnati-based Macy’s follow suit? Probably not, if consumer demand has anything to do with it (hint: It does). President Donald Trump on Feb. 8 lashed out at Nordstrom via Twitter for dropping his daughter’s brand, posting from his personal account and then retweeting it from the official @POTUS account. That’s an unprecedented use of the official presidential social media account. Nordstrom and other stores have denied that the move is political and say that Ivanka Trump’s wares just aren’t selling the way they used to. However, Macy’s, which dumped the now-president’s own clothing line in 2015 after he made inflammatory comments about immigrants, is seeing searches for Ivanka Trump’s products increase on its website. That means the company probably won’t pull her stuff from the shelves just yet.

• Cincinnati and Hamilton County officials will begin joint meetings in the next month to aggressively pursue a means of paying for a $310 million replacement for the Western Hills Viaduct. The 85-year-old bridge connecting the West Side to Uptown has a number of cracks and crumbling spots. Transportation engineers say it’s safe to drive on for now but also agree that the 55,000 cars a day that drive on it are more than it was designed for and that it’s nearing the end of its functional lifespan. Can the county and the city work together on the project? The two municipal bodies have a shaky history when it comes to collaborating — see the Metropolitan Sewer District — but the county commission’s new Democratic majority says it’s a new day for the two governments. The project has a $10 million grant from the state of Ohio for design and land acquisition — as long as the city and county can agree on how they’ll cough up a $2.5 million match.

• The Department of Agriculture’s food stamp program has one of the lowest levels of fraud of any federal program — about one cent on the dollar, according to federal figures — but that hasn’t stopped statewide politicians from spending lots of time on proposals to curb food stamp abuse. The latest, from Ohio State Auditor David Yost, would add photos to food stamp cards so recipients can’t give them to other people or sell them for cash. Yost, State Rep. Tim Schaffer and State Sen. Matt Huffman say the proposal would limit the potential for fraud a state audit found in the program. Food assistance experts say the move is unnecessary and could be stigmatizing for those seeking benefits.

• Will Kentucky Gov. Matt Bevin, a staunch fiscal conservative, seek a tax hike in his upcoming budget to shore up the state’s pension funds? He seemed to suggest that during his State of the Commonwealth Address Wednesday. That could set up a big battle between the normally hard-right Bevin and conservatives in the Kentucky State House.

That quote sets up what may be one of the best lines in a news story I’ve seen so far this year:

“In an interview on KET immediately following the address, Republican House Speaker Jeff Hoover of Jamestown did not immediately seem hungry for hamburger,” the Louisville Courier Journal wrote.

• Finally, the federal 9th Circuit Court of Appeals upheld a lower court’s stay on President Donald Trump’s executive order banning travel from seven Muslim-majority countries and suspending refugee resettlement from all countries. That ban proved very controversial, sparking massive protests and pushback from Democrats and activists. The court’s decision only upholds the lower court’s temporary stay on the ban — the Trump administration could appeal the decision to get a final opinion from the U.S. Supreme Court.