Simon & Schuster dropped the distribution of Jonathan Mattingly’s book in April after public backlash to the news. A petition demanding that they cancel the book deal received over 46,000 signatures. 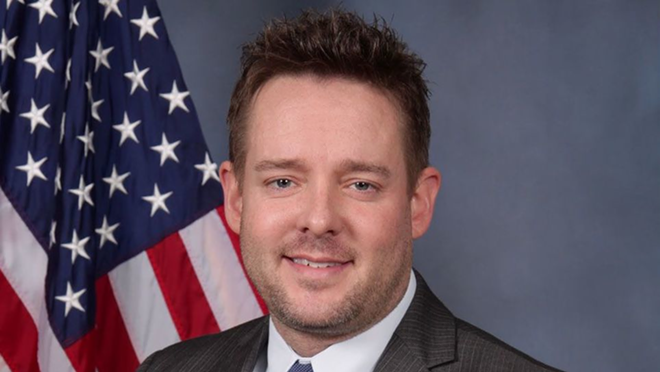 Jonathan Mattingly, one of the officers who fired his gun in the Breonna Taylor raid, is parting ways with the publisher he was working with on his upcoming memoir because of Simon & Schuster’s refusal to distribute it, according to Post Hill Press.

Mattingly wrote in a blog post on the conservative American Thinker website that he is “exploring other publishing options” for his book.

In an email to LEO Weekly (CityBeat's Louisville-based sister paper), Post Hill Press confirmed the news. Post Hill Press publishes conservative and Christian books, as well as books on pop culture, business, self-help, health and current events, according to its website. One of its other clients is congressman Matt Gaetz.

Simon & Schuster dropped the distribution of Mattingly’s book in April after public backlash to the news. An online petition demanding that Simon & Schuster cancel the book deal received over 46,000 signatures.

In his blog post, Mattingly said he is “not the first person to be canceled by the publishing industry for going against the ‘woke’ narrative.”

The title of the blog post is, “The Breonna Taylor story the left doesn’t want you to hear,” and Mattingly claims throughout that “the media” has not told his side of the story.

Mattingly, who was injured in the Taylor shooting, was interviewed by Michael Strahan on national television for ABC News last October.

Mattingly was supposed to have retired from the Louisville police force in June. He was not charged in Taylor’s death.

This story was originally published by our sister paper LEO Weekly and republished with permission.