“We need legislators to understand the full ramifications of the legislation they’re introducing." 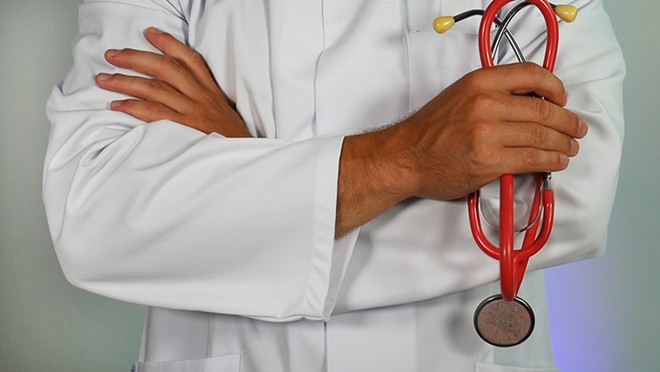 Photo: Online Marketing, Unsplash
Because of its impact on fertility treatments, the American Society for Reproductive Medicine released a statement at the beginning of the year, and the beginning of legislative business across the country, opposing “any legislation seeking to impede the ability of healthcare providers to take care of their patients' reproductive medical needs.”

With a new General Assembly comes new legislative measures, and for those watching the battle over reproductive rights, that raises concerns.

Lancaster resident Melissa Hintz and her husband have strongly considered moving on from the state over fears that abortion bans or regulations could impact her family.

Moving on could mean finding a way to transfer embryos she and her husband have as part of their in-vitro fertilization journey to another state if regulations in Ohio start to affect them.

It took Hintz five years to successfully give birth to a baby boy, and those years of treatments for her infertility showed her how challenging and emotional the process can be.

“The whole process of being infertile, of going through infertility treatments, it takes over your life. It just feels exhausting,” Hintz told the OCJ.

Since her first miscarriage in 2018, Hintz has built behind her a support group, which she says is important so that no one going through fertility issues feels like they’re doing it alone.

“It’s hard to talk about, especially if you’re someone who hasn’t shared your story before,” Hintz said.

But scientific data shows pregnancy and fertility issues occur more commonly than one may expect.

The American Society for Reproductive Medicine found that infertility occurs in 10% to 15% of couples, making it “one of the most common diseases for people between the ages of 20 and 45.”

Because of its impact on fertility treatments, the ASRM released a statement at the beginning of the year, and the beginning of legislative business across the country, opposing “any legislation seeking to impede the ability of healthcare providers to take care of their patients' reproductive medical needs.”

“Given the clinical work of most of our members, our more visible efforts will likely focus on fertility care,” the statement read. “But make no mistake, ASRM will continue its work to protect access to all forms of reproductive care, including abortion, contraception and gender-affirming treatments.”

It’s fears of legislation that could intentionally or unintentionally impact the work of those actively trying to help Ohioans achieve the pregnancies they desire that pushed Hintz to become a peer support group leader with Resolve: The National Infertility Association.

Having seen Ohio Republicans’ attempts to regulate abortion and reproductive rights, such as a “personhood” bill that attempted to define life at conception, Hintz said going forward, she and others plan to do what they can to push back on potential legislation.

“We need legislators to understand the full ramifications of the legislation they’re introducing,” Hintz said. “You have to know everything that it affects, and know what happens to your constituents if that bill passes.”

Whether state legislators are intentionally attempting to hinder fertility treatments, or whether they just don’t understand how defining life at conception could impact fertilized embryos like the ones Hintz has stored away (at great expense), she said the language is making IVF participants and advocates “take note.”

That includes any moves to take away medical options like abortion, which can be used during fertility treatments, in cases of ectopic pregnancy and miscarriage (medically called a “spontaneous abortion”).

“These are pregnancies that are so wanted and so desired, and to have them end for whatever reason is devastating,” Hintz said. “But what if I need this part of health care, and I can’t access it in our state?”

For Hintz, the process is already personal, but as a woman in her 13th week of pregnancy, it becomes more personal every day.

“I hope that we’ll be heard,” Hintz said. “There’s a lot of us and once we combine our stories, I hope (legislators) will see how many people they could be affecting. You may think that you’re helping, but you may be harming us.”

This story was originally published on Ohio Capital Journal and is republished here with permission.