Poll: Kentucky Gov. Andy Beshear Is The Most Popular Democratic Governor In America

We knew Kentucky Gov. Andy Beshear was popular, but yeesh. 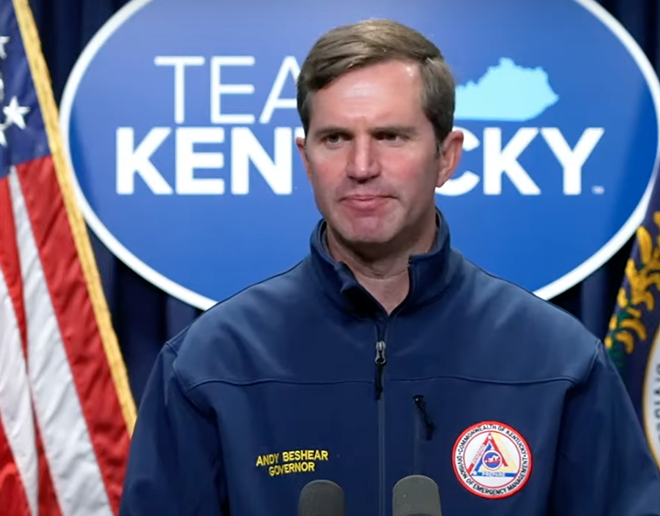 We knew Kentucky Gov. Andy Beshear was popular, but the most favored Democratic governor in the United States? That was a surprise.

Republican governors are by and large more popular than Democratic governors across the country. Despite being the most popular Democrat, Beshear didn’t break the top 10 for most popular governors in the U.S. However, he did claim 12th place — a feat in a mostly Republican state.

The last poll CityBeat's sister newspaper LEO Weekly reported on back in January had Beshear in slightly higher esteem, with a 60% approval rate, according to Mason Dixie Polling & Strategy.

This latest poll found that most governors up for reelection in November are popular. Beshear will not be on the ballot until 2023, thanks to Kentucky’s wonky odd-year gubernatorial election tradition.

Whether Beshear’s popularity will translate to a win in crimson Kentucky has yet to be seen. He does have at least one possible Republican challenger already; Courier-Journal reporter Joe Sonka recently tweeted that Sen. Max Wise, who sponsored one of Kentucky’s anti-critical race theory bills, is considering a run.

The second-most popular Democratic governor in the nation, according to Morning Consult, is Delaware’s John Carney. Indiana’s Republican governor, Eric Holcomb, is well below Beshear on the list, in 20th place.

In Ohio, Gov. Mike DeWine  has a 60% approval rating and 33% disapproval rating. As the incumbent, DeWine will battle several other Republicans in the Buckeye State's primary on May 3, while former Cincinnati mayor John Cranley and former Dayton Mayor Nan Whaley will duke it out for the Democratic nod.