Jim Condit, Jr. has promoted anti-Semitic theories about 9-11 and rails about a "shadow Jewish government." He's also on the ballot as the Green Party candidate taking on Republican U.S. Rep. Brad Wenstrup. 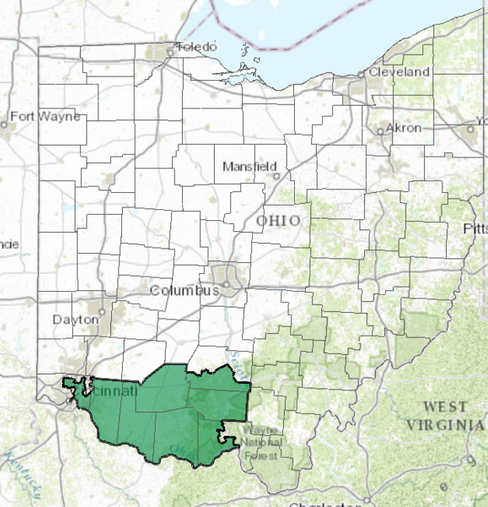 If you're a fan of understatement, Jim Condit, Jr. has what you might call non-mainstream political beliefs. He’s posted 9/11-truther statements on his Facebook page and website, likes to rail about a global “Jewish shadow government” and has asserted that the death toll historians cite for the holocaust has been highly inflated.

And if you live in Ohio’s 2nd Congressional District, which includes the suburbs east of Cincinnati, you’ll see Condit as the Green Party choice for the U.S. House of Representatives come November right next to Republican incumbent Brad Wenstrup and his challenger Democrat Jill Schiller.

Condit managed to get on the ballot as the self-described progressive party’s candidate. He’s not exactly thrilled about running under the Green Party’s banner, he says, but chose to because it’s his only path to get in front of voters.

“It is not necessary to believe in the murderous and/or some of the silly sections of the Green Party Platform -- of any other party when running for office on a particular party label,” Condit wrote in an April Facebook comment. “But the Green Party goes futher (sic), in a total squishy liberal mind meltdown -- and explicitly says in its 2000 Party Platorm (sic), never rescinded, that no one at the state or local level is required to believe ANY of the Green Party Platform. A ‘get out of jail’ free card, as it were. Don't worry, Green Party members, I won't be bringing up the Green Party any more than I have to. As I'm told Kermie the Frog says, ‘It isn't easy being Green.’”

Some of Condit’s ideas fit in with garden-variety conservatives — he’s been a pro-life activist since he was 19 — but hardly seem congruous with the pro-choice Green Party. Others are far more fringe. He’s promoted theories that Jewish people played a role in 9/11 and that Israel was actually responsible for gas attacks experts agree were committed by Syrian dictator Bashar al-Assad last year.

The White Oak resident has written about and shared others’ writing on these beliefs on his Facebook page as well as via his website, TargetFreedomUSA.com. Condit is also known to have connections with James Kolenich, a suburban Cincinnati attorney who has represented white nationalists charged in last year’s deadly “Unite the Right” rally and who espouses beliefs that whites should reclaim America from immigrants, Jews and minorities. Condit reportedly suggested to Kolenich that he represent the Unite the Right planners.

The Southern Poverty Law Center has written about Condit and his fringe beliefs, bluntly calling him an “anti-Semite.”

Condit applied a similar strategy in 2016, when he ran as a Green Party candidate in the special election to replace outgoing U.S. Rep. John Boehner in Ohio’s 8th Congressional District.

The Green Party wanted nothing to do with him, however.

“Jim Condit Jr., who is using the Green Party Of Ohio's ballot line for a run for the 8th Ohio Congressional District, is within his legal means to use the Green Party’s ballot line,” the party said in a statement. “He gathered the necessary signatures and is appearing on the ballot. The Green Party of Ohio State Central Committee wants our supporters to know that his on-line and in-person statements reveal that not only does he not support the Green Party’s 10 Key Values, but that he also supports positions that are in direct contradiction to those values. The Ohio Green Party has disavowed Mr Condit. He does not have our endorsement nor support. We ask our members and supporters to refrain from casting a vote for him.”

This time around, Greens are running a write-in candidate David Baker in the 2nd District opposing Condit.

Condit finished last in the June special election, netting 607 out of more than 28,000 votes cast. The Butler County Board of Elections ruled he was ineligible to run on the Green Party ballot line in the following November election because he had voted in the 2016 Republican primary.