Watch the videos to see the MLS all-stars' reactions when they learned they were selected.

The 2022 season may be over, but Cincinnati's pro soccer team keeps hitting big milestones.

Major League Soccer announced its Best Xi selections Nov. 2, and FC Cincinnati's attacking midfielder Luciano Acosta and forward Brandon Vazquez made the cut. This marks the first time that FC Cincy players are on the list that celebrates the top 11 players in the MLS. Best Xi, which drills down by position and is determined by media, technical staff and MLS players themselves.

The honor comes on the heels of Acosta and Vazquez being selected for the MLS All-Star Game earlier this year, as well as a stellar overall season in which FC Cincinnati enjoyed its first appearance in the MLS Cup playoffs.

Acosta, who also had received Best Xi honors in 2018 when he was with D.C. United, tallied 10 goals and 19 assists for the regular season. His 19 assists were the most in the MLS. Always a clutch player, two of Acosta's goals were game-winners for FC Cincy, plus he had at least one goal or assist in 11 of the team's 12 regular-season wins. Cincinnati's captain tied for third in the league for goal contributions – 29, a career high. Acosta also led the club in game-winning assists, with five.

Vazquez notched 18 goals on the season, good for fourth-best in the league and a career high for him. He led the league in open-play goals (16) tied for the most header goals (six). He set FC Cincinnati records for goals across all competitions, shots and shots on goal while becoming the first Cincinnati player to score multiple goals in consecutive games. Vazquez had four scoring streaks in 2022's regular season, including four consecutive games.

Together, Acosta and Vazquez became the first pair of teammates with at least 25 goal contributions in a single season since 2018, according to media materials.

FC Cincinnati surprised Acosta with the news of his Best Xi selection with a "special menu" during an outing to Sammy's Craft Burgers & Beers in Blue Ash.

Likewise, Vazquez learned of his Best Xi selection when FC Cincy defender Nick Hagglund had the forward take him "sneaker shopping" at From the Sidewalk in Over-the-Rhine.

FC Cincinnati hit a ton of highs during the 2022 season, including its first-ever postseason berth, a postseason win against a higher seed, a club record for consecutive scoring games and stadium selected as the "best in the world."

Cincinnati went 12-9 with 13 draws in the regular season, clinching its spot in the playoffs with a win over D.C. United during the final regular-season game Oct. 9. The Orange and Blue followed that up with an MLS Cup playoff victory against the New York Red Bulls. The season came to a close on Oct. 20 with a playoff loss to Eastern Conference top seed Philadelphia Union.

FC Cincy's 12 regular-season wins were much better than the six or fewer wins the team had earned during each of the previous three seasons since 2019. The 2022 season also marked the first time Cincinnati did not finish in last place in the Eastern Conference. 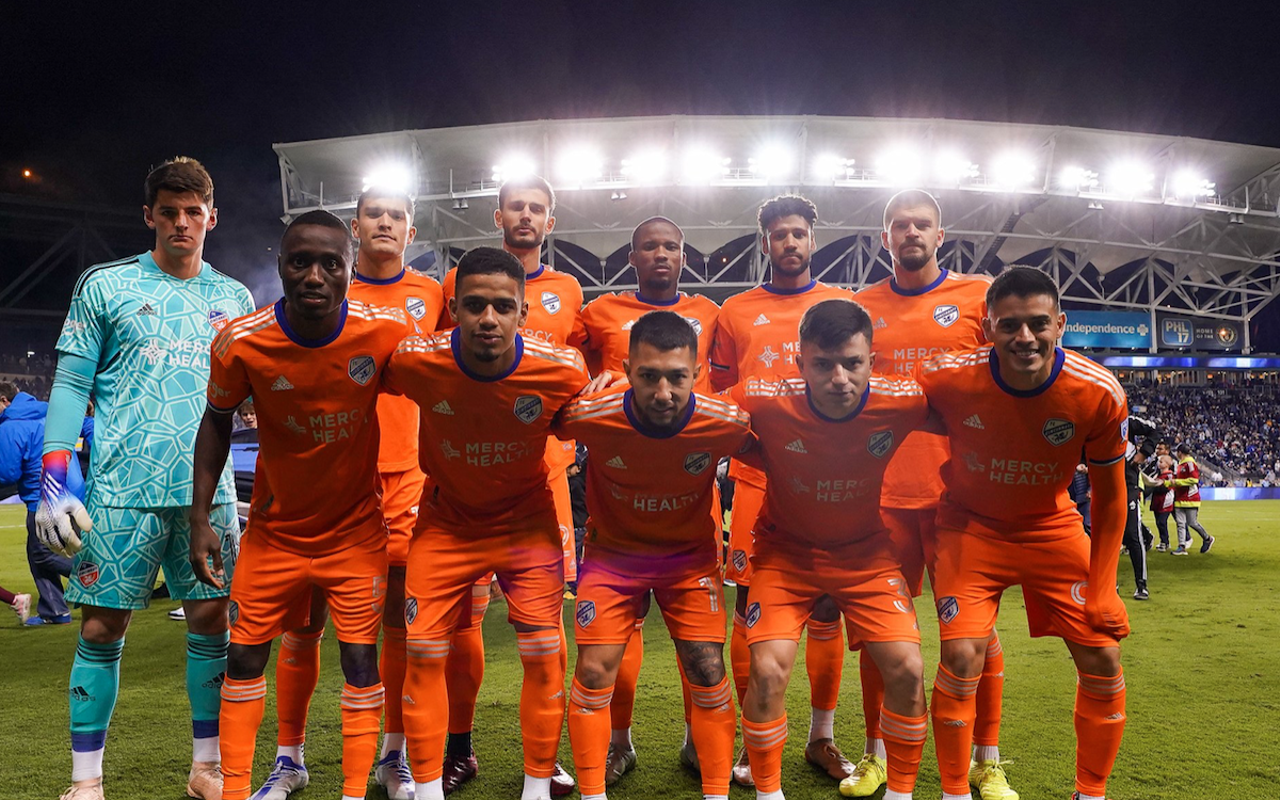 "I think that's important that we got to this point, and to be able to take those experiences and hopefully start 2023 strong is a good thing," Noonan said.

But with that success comes even higher expectations from fans, players, coaches and staff.

"What I've also said is now we're not surprising anybody in 2023. It's only going to get more difficult, which is a good thing," Noonan said. "I've been around this league long enough to know that year in and year out is very difficult to maintain success. It's only going to get more difficult. 2022 was about culture, identity, ways to progress the team to be competitive, and we got there. Now we need to improve on that and have some specific things that we're going to target from the very beginning." FC Cincinnati Head Coach: Next Season Is 'Only Going to Get More Difficult': Pat Noonan acknowledges that FC Cincinnati might be the victim of its own success.


In an Oct. 23 letter to fans, FC Cincinnati controlling owner and co-CEO Carl H. Lindner III noted the club's historic achievements and improved output in 2022 over previous years, adding that fan support had been at the heart of it.

FC Cincinnati's 2023 season schedule has not yet been announced, but season tickets already are on sale.