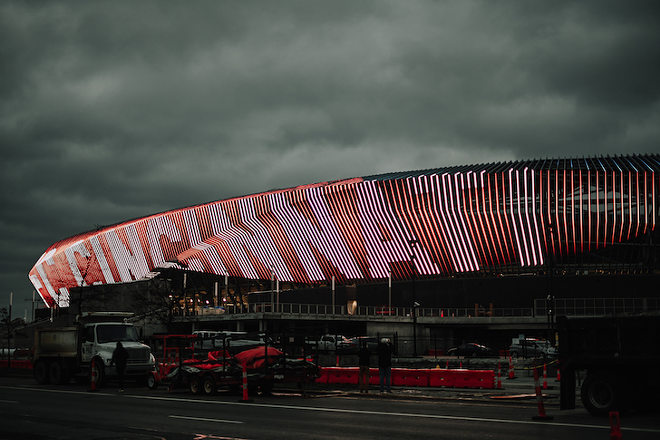 Photo: Francisco Huerta Jr.
FC Cincinnati closed out its 2021 season with a loss.

2021 was not the season of dreams for Cincinnati soccer fans.

FC Cincinnati concluded its third Major League Soccer season on Sunday with a 2-1 loss to Atlanta United FC. With its win, Atlanta clinched a spot in the 2021 MLS Cup Playoffs.

Nearly 24,000 fans attended the final match at TQL Stadium, watching as Cincinnati began with a flurry of activity and puttered out later in the game.

The match was FC Cincinnati's 12th straight loss. The team finished the year with a 4-22-8 record, tying it with the 2019 season for losses.

"We do well for a certain amount of time, but we just can’t see it through; and that was kind of the whole season in a nutshell," Tyrone Marshall, FC Cincinnati's interim head coach, said.

The 2022 season will kick off on Feb. 26, the earliest ever start to an MLS season. The scheduling is designed to align with the 2022 international soccer calendar,  MLS said.

The FIFA World Cup will begin in Qatar on Nov. 21. Cincinnati's TQL Stadium will host the sold-out USMNT vs. Mexico qualifying match Friday, Nov. 12. USA currently is in second place in the standings.

In October, Cincinnati welcomed FIFA and U.S. Soccer as officials toured Paul Brown Stadium, soccer training facilities and Fan Fest locations. Cincinnati is one of 17 U.S. cities vying to host a 2026 World Cup match. Officials expect that 10-11 cities will be chosen in early 2022.