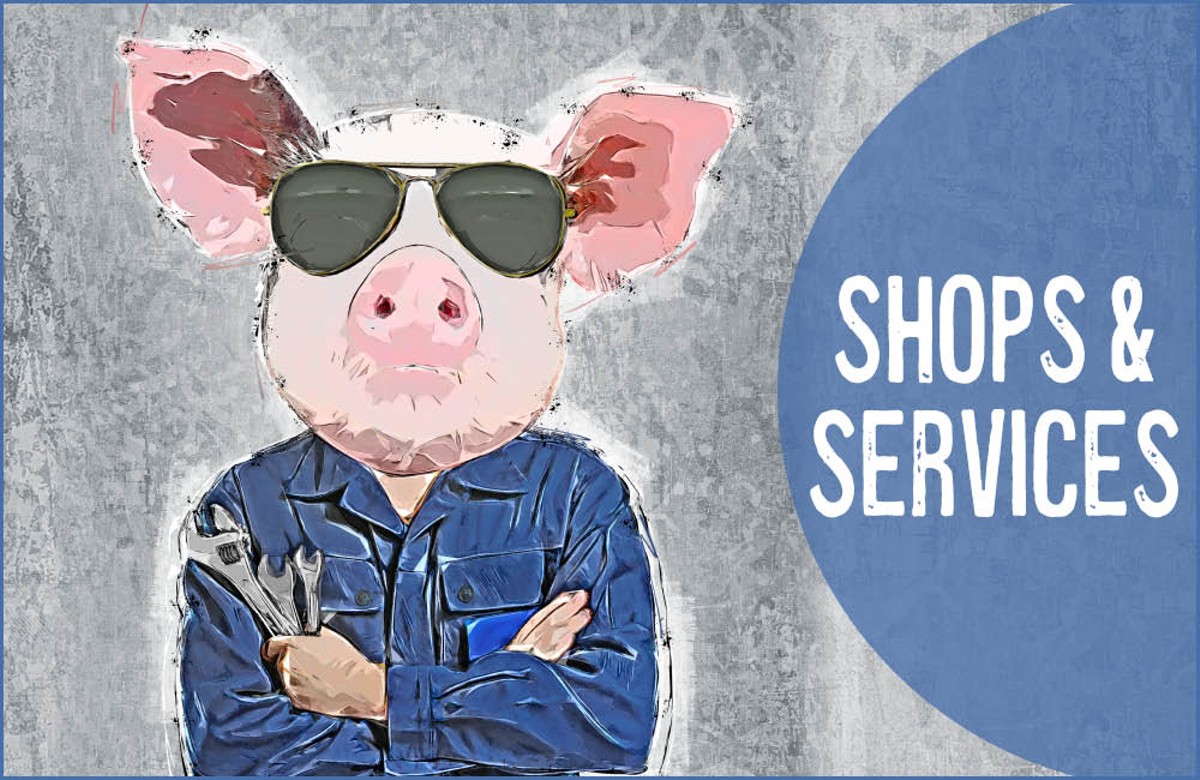 Here are the 2022 Best Of Cincinnati® Reader and Staff Pick winners for Shops & Services. 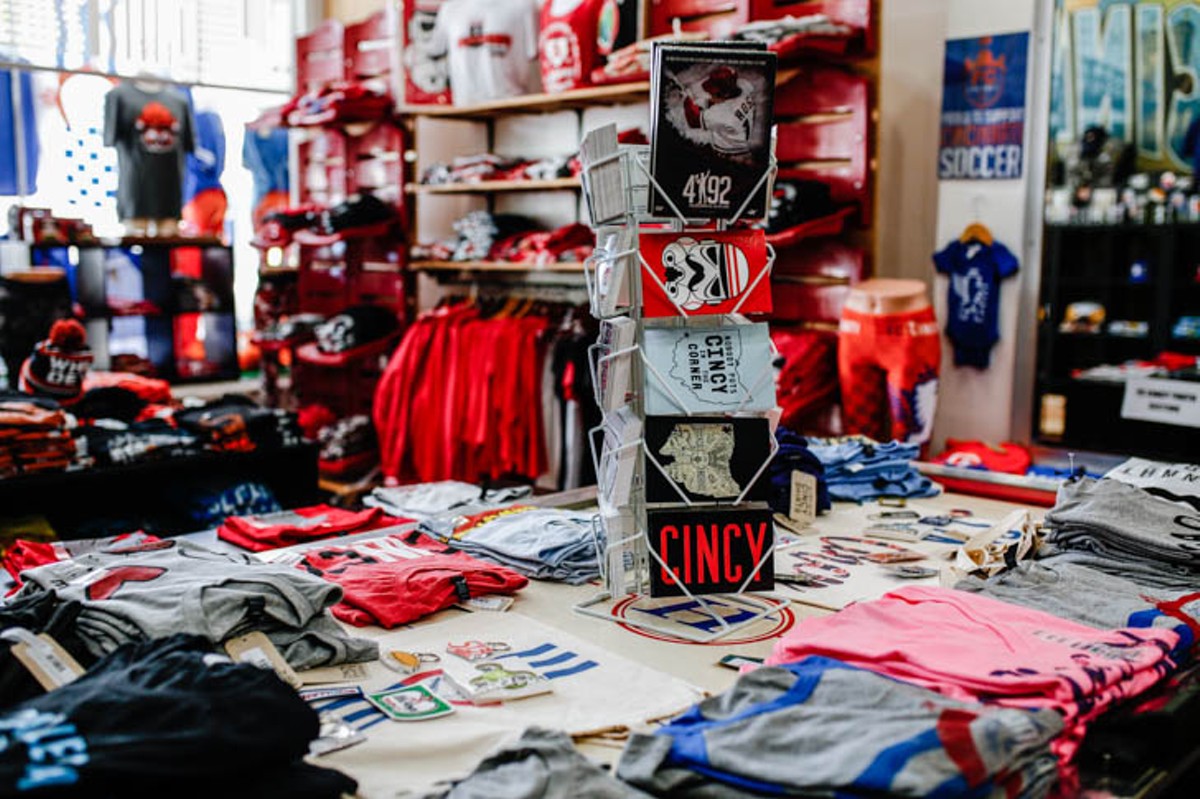 Best Place to Unlock the Mysteries of Magic 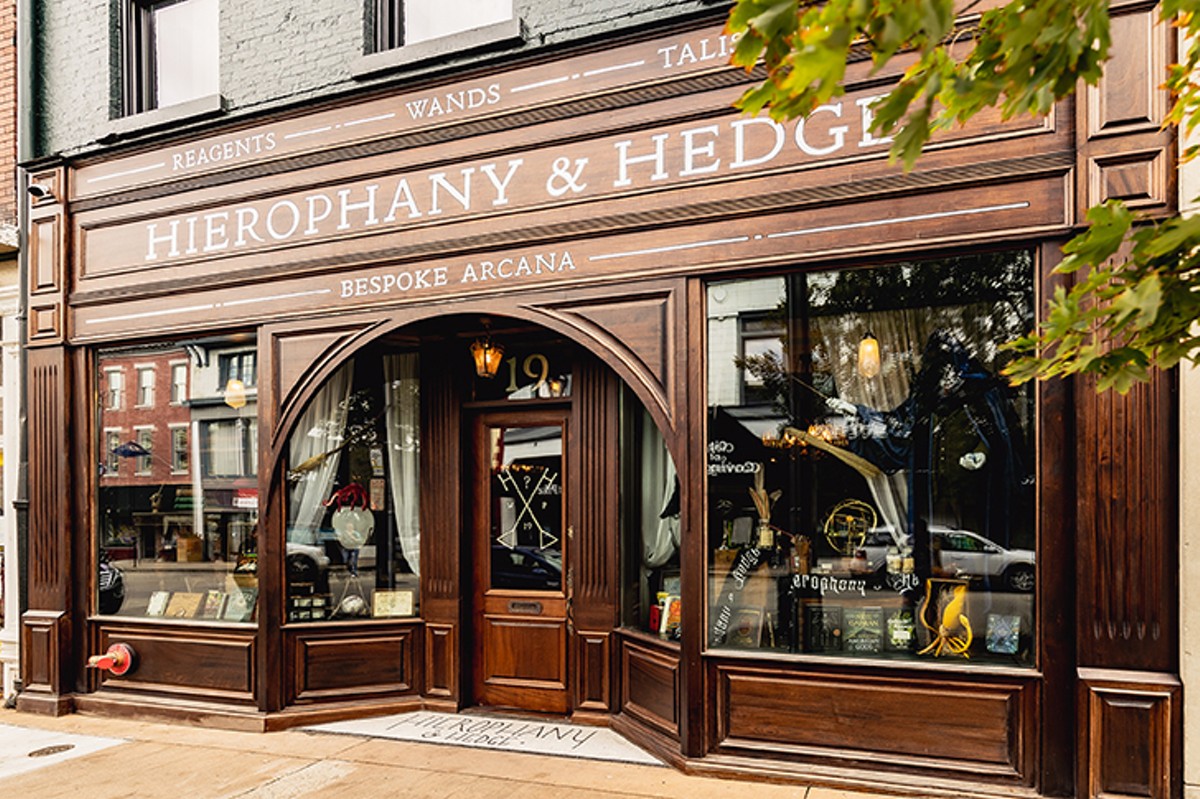 Do you believe in magic? There are so many ways to interpret what is and isn’t magical, so perhaps some thorough studying is needed before you can make that call. Hierophany & Hedge, Covington’s newest magic shop, is the place to learn about the mystical, the ethereal and the conjured. This isn’t the kind of shop where your common birthday-party street magician would buy their gags, but rather an apothecary and library, an entryway to fantastic realms. Whether you want to buy your own custom handmade wand, of which they have many, learn more about tarot cards or just get some incense, there are plenty of reasons to stop in and browse the magical wares. hierophanyandhedge.com.

Best Way to Greet the Day

Waking up early on a Monday — or, let’s be real, any day — can be a slog, but a tantalizing scent waiting in the bathroom means we’re less apt to pull the covers back over our head. That’s where &Sundries comes in. The East Walnut Hills shop founded by University of Cincinnati grad John Meyer is full of handmade, chemical-free body washes, lotions and potions that appeal to noses and skin types of every persuasion. Honey apple? Check. Lavender? Check. Cedar pepper? Check. But for our money, the star of the show is the peppermint body lotion, with a freshness that tingles the nose and a very subtle note of neroli oil (bitter orange tree blossom) that brings on a double-take. Apply it in the morning and sport &Sundries’ Turkish cotton robe while enjoying your morning coffee, and Mondays stop looking so bad. andsundries.com.

Come for the records, stay for everything else. Clifton’s Torn Light Records is a music store first and foremost, but its eclectic collection of pulp sci-fi novels, Japanese horror VHS tapes and bootleg Ghanaian movie posters is an invaluable resource for underground heads. That’s not to discount their music taste, though. From Hardcore Punk to Free Jazz to Grindcore, Torn Light’s shelves stock offerings from all extremes of under-the-radar music. You’re sure to leave with an album you never knew you needed — or even existed, for that matter. tornlightrecords.com.

Chuck Hellman of Hellman Clothiers in Carew Tower is known for his prowess when it comes to dressing local and national sports stars, including members of the Bengals for their Super Bowl appearance in Los Angeles. But his bigger audience is somewhere else. Currently, Hellman Retail Group’s TikTok, run by social media editor Christian Barker, has more than 4 million followers. At least once a week, the account posts a video of a suit inspired by various themes, and Hellman says he has a large international audience who waits with bated breath to see what he’ll come out with. Almost every video is in response to a comment requesting a specific theme. His audience loves video games and anime — with 24 million views of his Naruto suit and a shocking 38 million of his Rick and Morty design. Hellman says he wants the outfits to evoke what he imagines the characters would wear. For example, his Harry Potter suit is designed with a fitted navy jacket, Gryffindor-colored striped tie, Marauder’s Map pocket square and snitch pin. Other recent posts show a purple Willy Wonka-style suit, with a sparkly golden bow tie and top hat, and a Darth Vader suit complete with helmet, lightsaber pin and Star Wars-inspired tie. “We follow what the audience wants,” Hellman says. hellmanretailgroup.com. 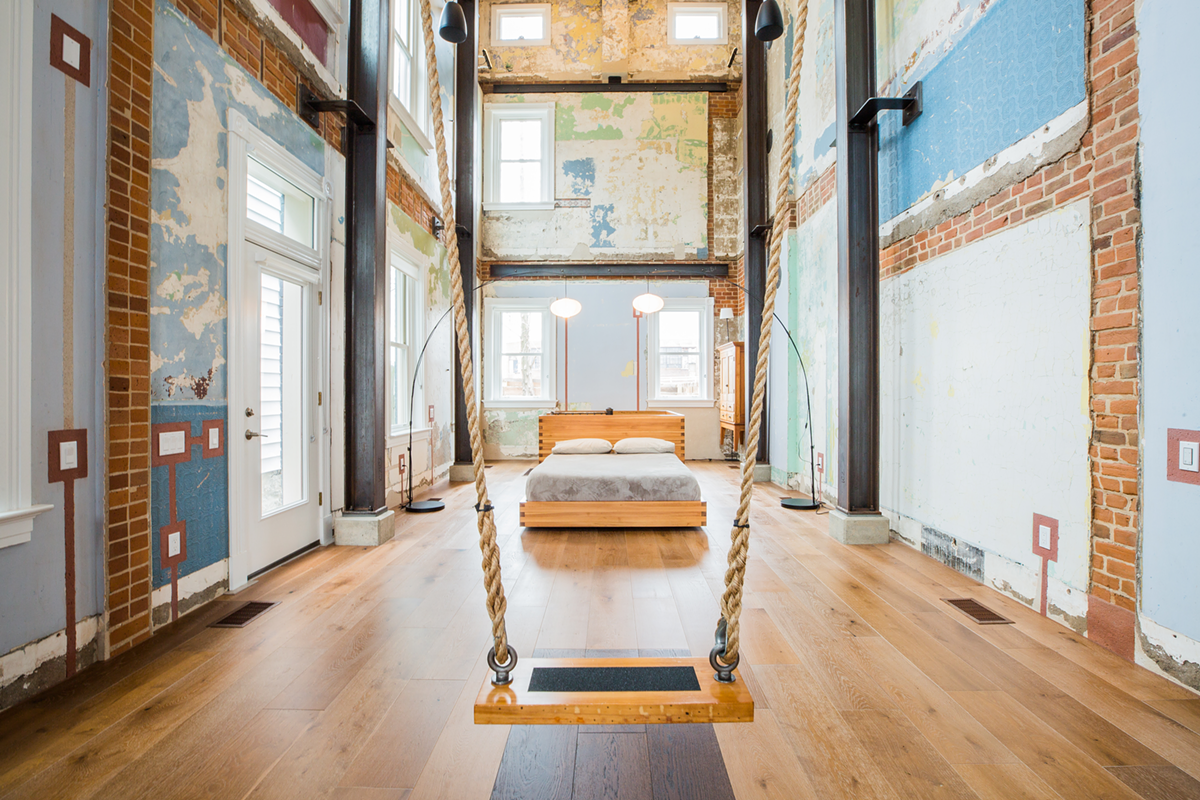 The Swing House is a whole-building art project — a freestanding 1880s three-story brick home in Camp Washington where owner and artist Mark DeJong has removed the interior walls and upper floors and built a swing right in the middle of the opened-up interior. Made from pine he salvaged from third-floor joists, the swing is attached by 30 feet of natural-fiber rope to a metal beam on the ceiling. There are several ways to visit the stunning space: DeJong hosts an open house for guests to experience the Swing House on the second Saturday of every month, and if you’re interested in spending the night at the home, there is a listing available on Airbnb. swing-house.com.

Need an old door? Or a used washer and dryer? Are you dying for an OG all-metal kitchen suite? You’re likely to find this and more at Building Value. With show-stopping salvages like a wooden bird cage big enough to house a toddler and a collection of vintage fireplace mantles, Building Value offers so much to look at. And, for the love of Gaud(iness), go out the back door to the bathroom fixture graveyard. If you buy the periwinkle sink, tub and toilet please @ us. buildingvalue.org.

Flohemian Floral Design, located in Dayton, Kentucky, is a relatively new florist to the Greater Cincinnati area. The business opened only a couple years ago, and since then has proven to be an obvious choice for those looking for unique and trendy bouquets. Flohemian’s social media is filled with magnificent arrangements that offer a carefree aesthetic — which the shop dubs “free spirit floral creations” — for everything from weddings to beautiful vases. Non-event ordering options start at $30 for single-bloom bouquets, with seasonal options between $50 and $75. With advance notice, the florist can also create custom “bloom wraps” with specific colors. flohemianfloral.com.