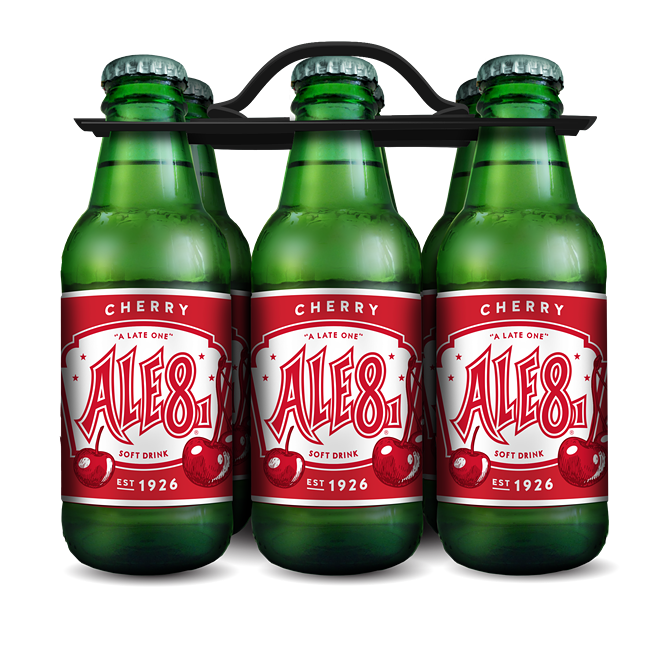 Shoppers can find seven-ounce bottles in six packs of original (a sort of ginger citrus), cherry and diet flavors.

“Mini bottles are a nostalgic throwback to the original Ale-8-One which was bottled in six-and-a-half-ounce bottles in 1926, and we have gotten a great response from our fans,” said Ale-8 fourth-generation owner Fielding Rogers in a release.

Brand director Chris Doyle also highlighted the calorie count per serving — 70 calories — and the concept that "their size makes them perfect for entertaining, decorating and creative gifting." More Ale-8-One in holiday stockings, please.

Ale-8-One celebrates its 93rd anniversary this year. The brand was founded in Winchester, Kentucky in 1902 by G.L. Wainscott and is the oldest, privately held bottler in the U.S. still owned and operated by the founding family, according to the release. It is also the only soft drink invented in Kentucky that still exists today.

The soda is available in its iconic green glass bottles, cans and plastic bottles.