The bar is celebrating its 7th anniversary with a dunk tank, "Shot n Slap" booth and a deep-fried chili cheese coney eating contest. 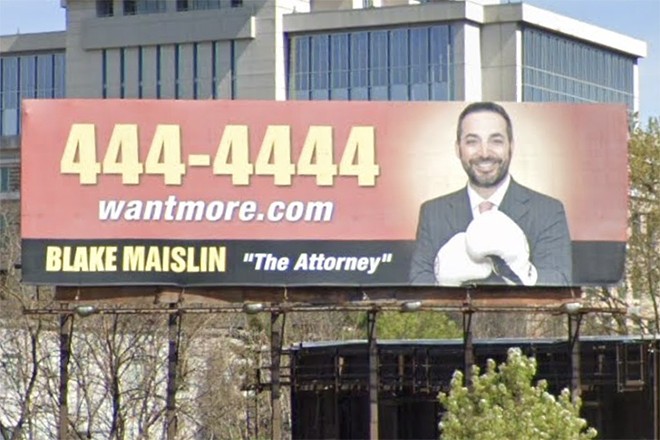 The Northside Yacht Club (NSYC) is celebrating its seventh anniversary with a literal splash this weekend.

The landlocked-but-loosely-nautically-themed bar is hosting a day full of celebratory festivities on Aug. 13, including setting up a Cincinnati celebrity dunk tank.

For $5 you'll have three chances to throw a ball to drop Queen City stars — from politicians to bar owners and reporters to everyone's favorite billboard attorney, Blake Maislin — into a tank, possibly filled with beer. A new person will take the hot seat every 20 minutes, starting at 1 p.m.

NSYC co-owner Stuart MacKenzie tells CityBeat each dunkee gets to pick their own intro music and what to wear. Maislin got dunked for the bar's anniversary in 2019 and MacKenzie says "(he) wore a full suit."

Here's the current dunk tank line-up (human descriptions provided by NSYC):
Funds from the tank will benefit Shelterhouse, an agency aimed at breaking the cycle of homelessness in Cincinnati, as will money raised from a "Slap n Shot Booth."

At this literally-named booth, partygoers can pay $6 to take a shot of the bar's infamous (and CityBeat Best of Cincinnati staff-pick-winning) peanut butter tequila shot and then get slapped in the face "directly after you ingest it," says MacKenzie.

NSYC will also be bringing back its collaboration brew with Rhinegeist, called Dinghy. A dollar from each pint sold of the hazy pale ale will also go to Shelterhouse.

And if the dunk tank, shot-slapping and beer-drinking weren't enough, the bar is also bringing back its abominable deep-fried chili cheese coneys — and its chili cheese coney eating contest — for one day only.

Those who want to bust their guts can message the bar on Instagram to sign up for the competition. The contest is limited to five people, who will have 10 minutes to eat as many deep-fried chili cheese coneys as they can. The winner gets "free fries for a year, Gas-X and a liter of peanut butter tequila," MacKenzie says.