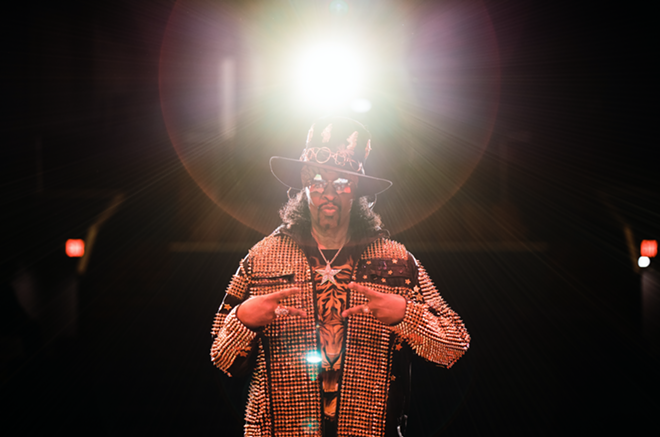 The album pools talent from emerging artists whose music will be featured alongside Collins’ own funky contributions and, according to a press release, will also include Lettuce, Buckethead, Zapp, Triggy, Syleena Johnson, Tommy Davidson, Hi-Tek, Deanna Brown, G7, Michael Dyson, Steve Lacy and more.


Bootsy Collins, also known as Bootzilla, is largely heralded as the greatest bassist in the funk and R&B genres and is recognized by Rolling Stone magazine as the fourth-greatest bassist of all time. His more than 50-year career has had him play bass with James Brown, George Clinton and Parliament/Funkadelic and a host of other musical icons. His signature funky bass-driven songwriting style is the foundation of G-funk, an early ’90s subgenre of gangster rap perfected by Dr. Dre, Snoop Dogg, Nate Dogg and Warren G.

Collins was recently honored by the city with a star on the Cincinnati Black Music Walk of Fame found at CVG airport. He’s also been involved with efforts to preserve King Records’ legacy as an essential component in modern music history.

Wish the starry-eyed funkateer a happy birthday and check out Funk Not Fight, which is still looking for emerging artists to contribute. Learn more about submitting your own music, poetry or other audible art for a chance to be included in Funk Not Fight here.