The show at Ludlow Garage will highlight Beach Boys hits with stories and rarer picks in between. 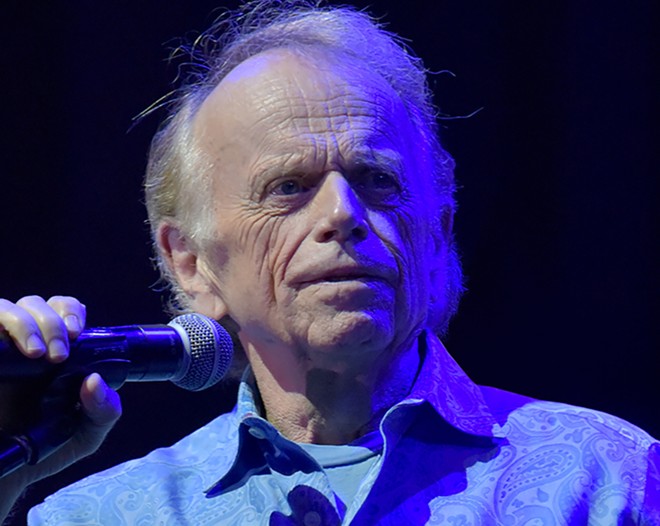 Born in Lima, Jardine and his family moved to California, where he and Brian Wilson met and became friends. They later formed The Beach Boys with Wilson’s brothers Carl and Dennis along with their cousin, Mike Love.

As a founding member, guitar player and part of the vocal power of one of the most influential and significant groups in the history of popular music, Jardine sings lead on the anthemic number-one hit “Help Me Rhonda.” A folk music fan, Jardine brought the would-be hit “Sloop John B” to Brian Wilson with an updated arrangement he worked out after hearing a version of the song, and he shares lead vocal on the stunning track “I Know There's an Answer,” both from the masterpiece Pet Sounds, which often is regarded as one of the greatest albums of all time.

Jardine also sings lead on Smile track “Vegetables” and “California Saga/ California” from Holland. He has written or co-written more in the band’s cult-favorite ‘70s era, along with several other contributions.

Jardine was a core member of the group until the death of Carl Wilson in 1998. He put out solo release Live from Las Vegas in 2001 and studio album A Postcard from California in 2010 , which featured guest stars like Neil Young, Steve Miller and all remaining Beach Boys. He reunited with the band for That’s Why God Made the Radio and a 50th anniversary Beach Boys tour in 2012. Jardine has since toured both solo and with Brian Wilson, with his son Matt Jardine helping with vocals and harmonies.

This tour features Carnie Wilson, the daughter of Brian Wilson and a member of ‘90s pop group Wilson Phillips, along with Matt Jardine. The show will highlight Beach Boys hits with stories and rarer picks in between.