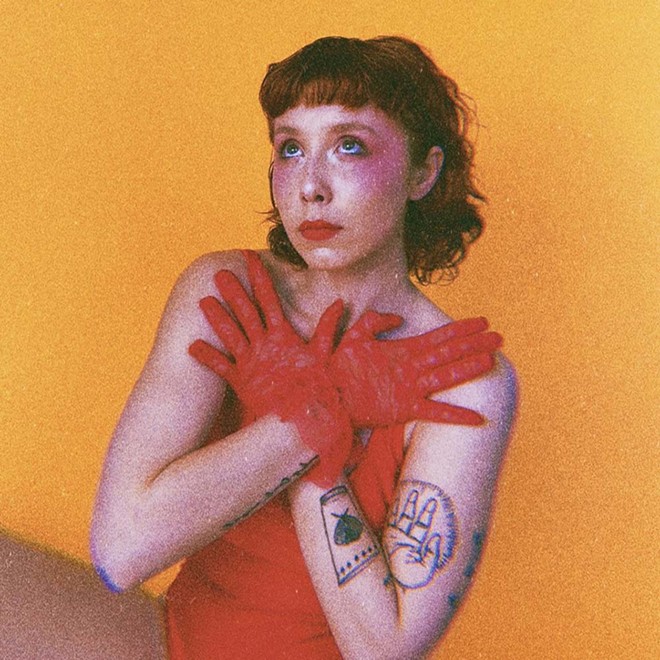 High energy and queer centric is the atmosphere you’ll experience when you head to MOTR Pub Oct. 29. Bershy (Brea Shay), a singer/songwriter from Cincinnati with a truly authentic and energetic personality, loves to bring her audience an upbeat and heartfelt synth-pop experience, filled with joy, love, and the occasional “corny joke.”

Having started out as a folk artist and drawing influence from legends like Joni Mitchell and Joan Baez, Bershy wanted to explore new sounds and compose lyrics that were less “on the surface.” She began experimenting with synth-pop in 2016, and since then – citing 80s icons such as Kate Bush and Bjork as inspirations – she has found pop to be an exciting and fulfilling way to bring her songs to life in a lush and lyrically nuanced way.

Over the past three years, Bershy has released three singles: sleek pop gems “Sixty Seconds” and “Say Fire” (2019) and the powerful, punchy, arena-ready single “Provider” (2021), available on all streaming services. This year, Bershy began work on a new single, “Radio,” which was released Oct. 7 and has inspirational nods to artists like Japanese House and Blood Orange. Teaming up with brilliant musician Coran Stetter from the local band Multimagic as co-producer, she plans to release an EP sometime in the not-too-distant future.

With a voice pure and engaging, spinning words powerful and honest, all engulfed in an ocean of synth goodness, Bershy is a bright beacon of pop in the center of our diverse and colorful city. This show is not to be missed.

Bershy performs at MOTR Pub at 10 p.m. Oct. 29. Twen and Coast Off open the show. There are no known COVID-19 protocols. Info: motrpub.com.