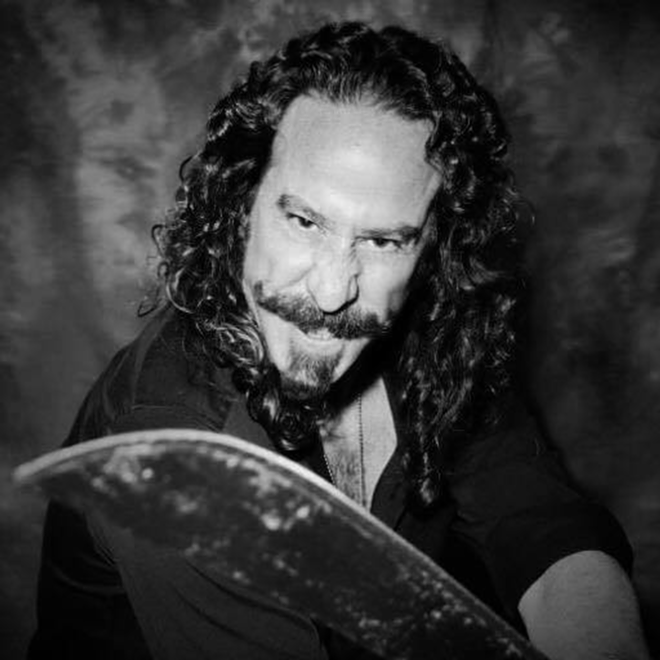 I’ve got some surprising news for you: Jason Voorhees is real. Luckily those of us who prefer to have our heads attached to our necks, he’s more interested in keytars and Rock n’ Roll nowadays than he is about machetes. On Friday, the band First Jason will be gracing the stage of Covington’s Backstage Café. Fronting First Jason is Ari Lehman who, if the band name didn’t already tip you off, was the first man to play Jason Voorhees in the Friday the 13th films. Lehman and company will be joined by Cincinnati’s own 13Pagan Holiday13, Lexington’s Atrocity and the Complications, and Richmond, Ky.’s Sinful Lilly.

The night promises to have a little bit of everything for lovers off all things spooky, creepy and crawly. First Jason’s mix of keytar-driven Punk and Metal alongside Lehman’s scare-infused lyrics is sure to capture the ear of horror fans. Furthermore, to celebrate Lehman’s appearance, the Backstage Café has arranged for some special events for the night. A costume contest and opportunities to get autographs and photos with Lehman are all planned, giving Friday the 13th fans a chance to take home more than just some awesome memories of the show.

While Lehman and First Jason will be bringing in plenty of fans, the supporting acts give the bill plenty of diversity in their own right. 13Pagan Holiday13 are longtime Horror Punk veterans who have perfecting their own brand of aggression for close to thirty years, with no signs of stopping. Like any good zombie, you just can’t put them down. Atrocity and the Complications will be slowing things down through their classic Goth dirges. Fans of Bauhaus, Siouxsie, and Sisters of Mercy will definitely want to catch their set. Finally, Sinful Lilly is opening the night and they’ll be doing so in full force. With Murderdoll-esque riffs and attitude baked into every song, this duo knows how to kick off the party.

Horror movies and Rock & Roll go together about as well as hacking and slashing and this show is a celebration of both. Horror movie and music fans alike will assuredly love the chance to meet Lehman and hear his own twisted take on Rock and Punk. And with such a strong supporting lineup to start the night, it won’t take a bloody hockey mask to elicit some screams.