The comedian can host a maximum of 24 outdoor shows throughout the summer at Yellow Springs’ Wirrig Pavilion. 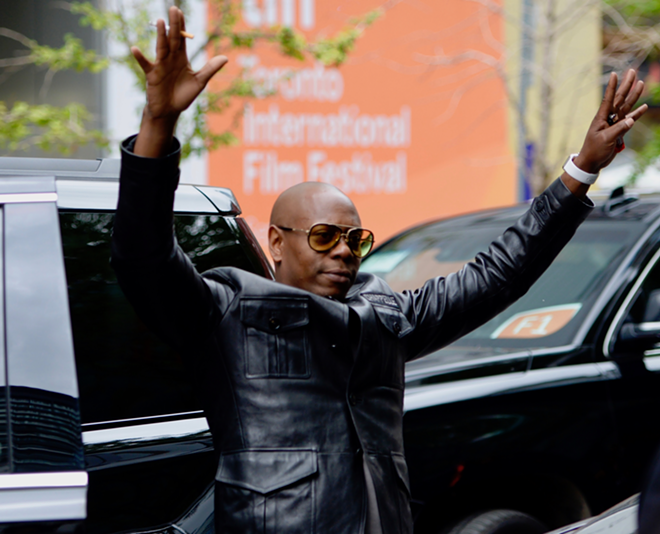 Comedian Dave Chappelle will be hosting a slew of outdoor shows in Yellow Springs this summer.

On April 28, the Miami Township Board of Zoning Appeals (BZA) in Greene County voted 4-0 to approve a conditional use request by Steve Wirrig–owner of Wirrig Pavilion on Meredith Road in Yellow Springs–to put on a series of shows at the venue with Chappelle, Yellow Springs News reported.

A maximum of 24 “Cornfield Shows” are slated to begin on May 26 and run through Sept. 5. The full lineup of shows has yet to be revealed, YSN reported. However, per the BZA’s decision, Chappelle is not permitted to host more than three shows per week at Wirrig Pavilion.

This summer concert series will be a continuation of Chappelle’s “Cornfield Shows,” also at Wirrig Pavilion, in 2020 and 2021. During these performances, comedians like Chris Rock and Kevin, along with musicians and other performers like Erykah Badu and Common, joined Chappelle on the stage at the Wirrig. As of April 29, no special guests have been announced for this year’s series of shows.

Despite the positive economic impact that Chappelle’s shows have had on the area, residents and community leaders have previously voiced their frustrations over the chaos created by the influx of visitors to the village. Each performance brings approximately 1,000 outsiders to the idyllic village that maintains a population of a little over 3,500 people. As the Yellow Springs News reported, residents complained that attendees of Chappelle’s prior outdoor shows were leaving behind massive amounts of trash and causing traffic jams in an area that rarely experiences these kinds of disruptions. In a 2020 appearance on Saturday Night Live, Chappelle lamented navigating complaints from his neighbors during his shows at the Wirrig.

Especially in the past few years, Chappelle, a Yellow Springs resident, has been incredibly active in the village located just outside of Dayton. In February, Chappelle’s remarks at a Yellow Springs City Council meeting raised quite a few eyebrows. During the meeting, Chappelle pushed back against a rezoning request that would permit a multi-use development to add affordable housing units in Yellow Springs. The council voted against the development plan later that night.

At some point in the future, Chappelle will also be opening his two latest business ventures in Yellow Springs — Firehouse Eatery and attached comedy club, Live from YS.

In September, the Miami Township Board of Zoning Appeals agreed to Chappelle's request for zoning approval to host shows at Wirrig Pavilion just outside of Yellow Springs Sept. 30-Oct. 31. Wirrig Pavilion is zoned for agricultural, not for commercial use, so special approval was needed.


In 2020, Chappelle hosted a series of socially distanced stand-up comedy and music shows at the pavilion. The celebrity-packed performances were a huge hit throughout the summer into early fall, before Chappelle canceled the remaining shows due to COVID-19. According to Zoning Inspector Richard Zopf, Chappelle was given a temporary exception to hold the public events, overriding restrictions were in effect during the pandemic.