"We are actually worried about the increase in loss of life," said Michaela Deming, Policy Director for the Ohio Domestic Violence Network.

Even though Ohio has been relaxing gun laws for years, some fear the "constitutional carry" bill that was signed into law by Gov. Mike DeWine this week, could lead to more domestic violence incidents around the state.

"We are actually worried about the increase in loss of life," said Michaela Deming, Policy Director for the Ohio Domestic Violence Network.

On March 14, Gov. Mike DeWine signed Senate Bill 215 into law. It eliminates the requirement that all individuals carrying a concealed weapon obtain a concealed carry license and complete the proper training to receive a permit. It is the latest law loosening gun restrictions in Ohio.

In 2015, HB 234 relaxed requirements to obtain a concealed carry permit. In 2017, the state enacted Senate Bill 199, also referred to as Ohio's "campus carry bill," allowing firearms on university campuses, and in April 2021 Senate Bill 175, the "stand your ground" law was passed, making Ohio the 36th state to no longer require individuals to retreat before using a firearm in self-defense.

As of March 2021, Ohio has no state laws that prohibit individuals convicted of domestic violence misdemeanors from possessing a firearm. The state also has no laws requiring the removal of a firearm from individuals after the issuance of a domestic violence protective order unless the firearm has been used to threaten or harm victims.

However, the state does adhere to federal law when dealing with previously convicted individuals possessing firearms.

Due to this application of federal law, the Ohio legislature has not left domestic violence victims completely defenseless regarding gun laws and restrictions placed on people convicted of domestic abuse. But Dr. Michelle Grim, chair of Toledo City Council's Health Promotion and Access Committee, says abusers have found ways to get around these restrictions.

"Ohio has some pretty weak domestic violence firearm laws," says Dr. Grim. "There are a lot of loopholes."

One loophole in the Lautenberg Amendment, which Dr. Grim referred to as "the Boyfriend Loophole," only prevents individuals with previous misdemeanor crimes of domestic violence from possessing a firearm when the offender was a current or former spouse of the victim, currently lived with the victim, was similarly situated with a spouse, guardian or parent of a victim or shared a child with the victim. This meant that individuals who committed domestic violence on a partner with whom they did not live or share a child were still able to purchase and possess a firearm.

On a national level, states that have enacted laws prohibiting individuals convicted of any violent misdemeanor from possessing a firearm were met with a 21% reduction in firearm intimate partner homicide. This shows that stricter gun laws can directly impact domestic violence fatality rates, something for which many Ohio Democrats demand more action.

Under the new legislation, three basic changes will be made to the state's gun laws that will affect individuals across the state of Ohio:

The legislation, also known as "constitutional carry," has been a goal for many firearms organizations and lobbyist groups on both a national and state level. The Buckeye Firearms Association in Ohio is one proponent of the bill and argues that the bill has no correlation in the case of domestic violence fatalities or instances.

"(SB 215) won't change who can own a firearm," says Executive Director Dean Rieck. "The same laws apply right now that will apply later." Rieck stresses that will not have an effect on who can legally possess a firearm, but only where they can take it.

"Domestic violence is happening in the home, we're talking about carrying outside of the home. I see zero relationship between those two things," he said.

On the other hand, Ohio Democrats called on Governor DeWine to veto the bill, fearing the negative consequences it could have on a statewide level.

"There's gun violence everywhere," says Dr. Grim, who stressed the importance of calling attention to and discussing the impacts of gun violence in all parts of the state. "It's not just our cities, it's our rural areas (too)."

Along with members of the Ohio Domestic Violence Network and other domestic violence organizations statewide, The Ohio Fraternal Order of Police and The Ohio Mayor's Alliance opposed S.B. 215 due to, among other reasons, the burden individuals such as Dr. Grim feels it places on law enforcement.

"It's going to be a dangerous situation for citizens and also for police officers," she said. 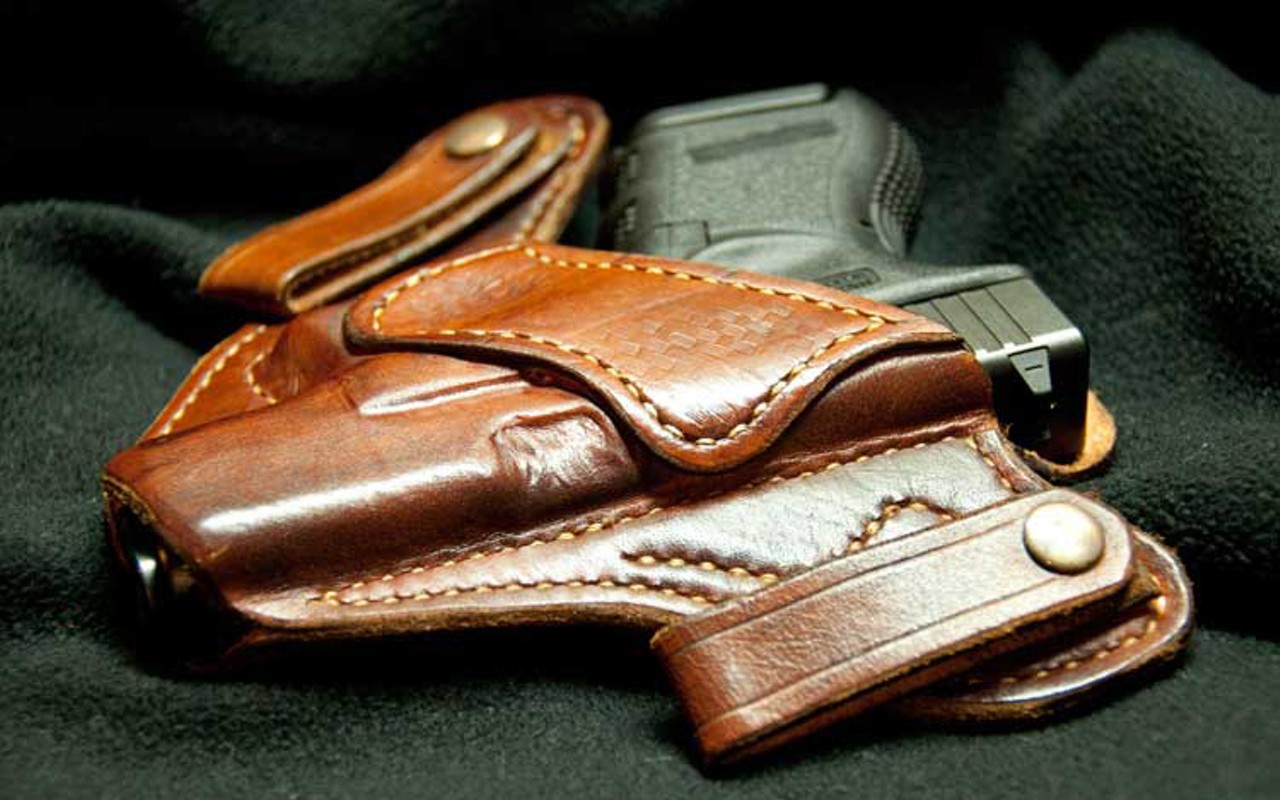 DeWine Signs Gun Law Removing Training, Background Checks and Permitting for Concealed Carry in Ohio: The law takes effect in 90 days and all Ohioans aged 21 and older who are lawfully allowed to possess a weapon will be able to carry it concealed on their persons.

DeWine Signs Stand Your Ground Bill Into Law Despite Vowing to Fight Gun Violence After Dayton Mass Shooting: Ohio is now the 36th state where people won't be required to retreat before shooting and killing those they perceive to be threatening them.