Cincinnati Named the No. 5 Best Place to Celebrate Oktoberfest in the Nation — But We'd Have to Disagree

We all know Zinzinnati deserves the No. 1 spot 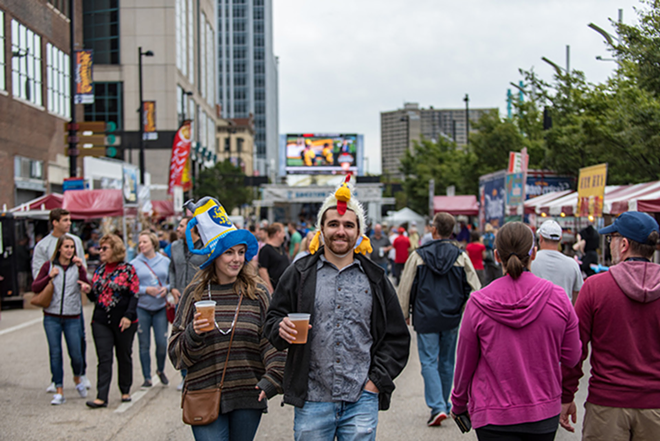 Cincinnati's annual Oktoberfest is a wild spectacle of German culture, beer, cuisine and a slew of unique activities ranging from the Running of the Wieners to the World's Largest Chicken Dance.

Our particular Oktoberfest celebration, established in 1976, is the largest in the United States, bringing over 575,000 people a year to the event.

With that being said, personal finance website WalletHub seems to have some news for us. According to a recent study, they named the Queen City the No. 5 best place to celebrate Oktoberfest in the nation.

The website takes into consideration a variety of different metrics and analyzes data from 100 of America's largest cities in order to come up with their rankings.

We ranked No. 3 for Oktoberfest traditions, No. 21 for cost and No. 66 for safety and accessibility.

We'll admit, the Oktoberfest beer offerings are on the pricier side, but admittance to the event is free, so we really aren't complaining.

As for accessibility, the Oktoberfest website has an entire tab dedicated to getting you to the festival, with parking and public transit info, directions and nearby hotels.

This is how we ranked for the following key metrics:

New York City came in at No. 1, and we were flanked by Philadelphia at No. 4 and Las Vegas at No. 6.

Despite the study's results, we all know who deserves the No. 1 spot.

Oktoberfest Zinzinnati takes place on Second and Third streets between Walnut and Elm streets downtown. The event runs from Sept. 20-22.