Cincinnati Reds Fans Are No. 3 Booziest in the Country, Survey Finds

We're among the top for drinking the most, spending the most on alcohol and missing the game because we're too damn drunk. 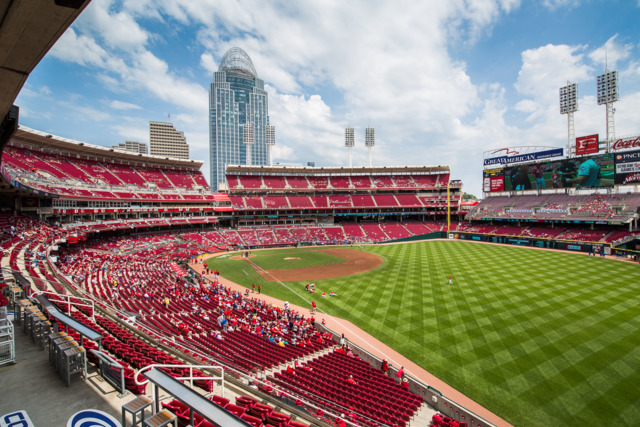 We Cincinnati Reds fans have some experience in drowning our sorrows. And now a new survey about the drinking habits of MLB fanbases seems to confirm it.

A recent survey from NJ Online Gambling, an offshoot of gaming media group Better Collective, shows that Reds fans are No. 3 in the country for boozing it up, consuming 3.8 drinks per game and spending $40 on alcohol.

Cincinnati fans also are No. 4 in drinking before the game even starts, with 67% of survey respondents saying that they’re big on pregame action.

All this drinking has a price, though, as Reds fans are No. 2 for missing some or all of games because they’re too damn drunk.

Our friends in Cleveland also are alcoholically inclined. According to the survey, fans of the Cleveland baseball team come in at No. 4 on the booziest fanbase list, with $35 spent on 3.8 drinks per game. 58% of Clevelanders also drink before games.

White Sox fans suck down more booze than any other team’s followers, spending nearly $50 per game and consuming an average of 4.2 drinks. They also are No. 3 for pregaming and No. 1 for being too drunk to pay attention.

Philadelphia Phillies fans are the most sober, spending only $23 on 2.4 drinks per game — which baffles us, because have you seen the Phillies in recent years? Why are these fans not drinking more?

For its data, NJ Online Gambling surveyed fans of legal drinking age between Jan. 27 and Feb. 17 this year.

Opening Day for the Cincinnati Reds is April 1.