After canceling their in-person concerts, the orchestras are presenting a reprogrammed fall and winter season with music to "elevate us, heals us and unite us" — all livestreamed for free from Music Hall 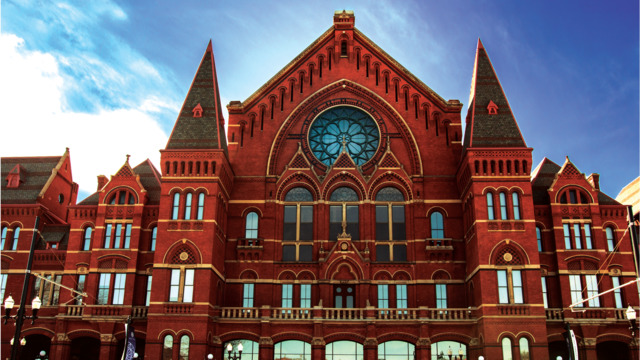 After canceling their in-person concerts for the fall and winter, the Cincinnati Symphony Orchestra and Cincinnati Pops are producing a new series of reprogrammed performances that will be livestreamed on their website and social media channels, as well as via giant screens at Fountain Square and Washington Park.

The CSO is now offering four concerts beginning Sept. 26 and the Pops will present three concerts, including a December holiday show, all produced live at Music Hall’s Springer Auditorium.

All seven concerts will be free. Performances are an hour with no intermission.

CSO President Jonathan Martin said in an August interview that he credits CSO artistic director Louis Langrée for his acute sensitivity to a wide range of audiences.

“You’ll see disparate programs much different from what we’d originally planned, The choices are more forward-leaning, representing composers of color,” he said.

“We are living through challenging times, but music has the ability to elevate us, heals us and unite us,” said Langrée in a release. “We have chosen repertoire this fall that reflects our current sensitivities and sensibilities and we have invited guest artists who are not only great musicians but important voices in our collective consciousness.”

Pops conductor John Morris Russell kicks off their season 8 p.m. Oct. 3 with a focus on American Jazz, "from early Ragtime to a new reduced orchestration of Rhapsody in Blue with Aaron Diehl as soloist and a celebration of Charlie Parker’s 100th birthday with saxophonist Sharel Cassity and vocalist Adia Dobbins," reads a release.

The Pops will also be producing an Oct. 31 Halloween show with music from Psycho, Us and Harry Potter, as well as an homage to Dia De Los Muertes. Pops Principal Guest Conductor and actor Damon Gupton will narrate The Legend of Sleepy Hollow.

The Holiday Pops show on Dec. 12 will be themed "Home for the Holidays."

“In reprogramming the fall season, we've done a deep dive into amazing musical wonderments from Hollywood, popular classics and the panoply of American Pop that can be performed on a more intimate scale,” said John Morris Russell. “We’ve discovered hot tunes from the Jazz Age and smoldering classics from the Be-bop era, eclectic music for Halloween and Dia de los Muertos, and a charming collection of exquisite Holiday gems. And, we’re really excited about two world premiere orchestrations — The Legend of Sleepy Hollow we commissioned from James Stephenson III and a new reduced scoring of Rhapsody In Blue from Tim Berens."