Starting June 12, the theater will be screening movies including "The Wizard of Oz," "Jurassic Park," "E.T. the Extra-Terrestrial," 1989's "Batman" and "National Lampoon’s Animal House" 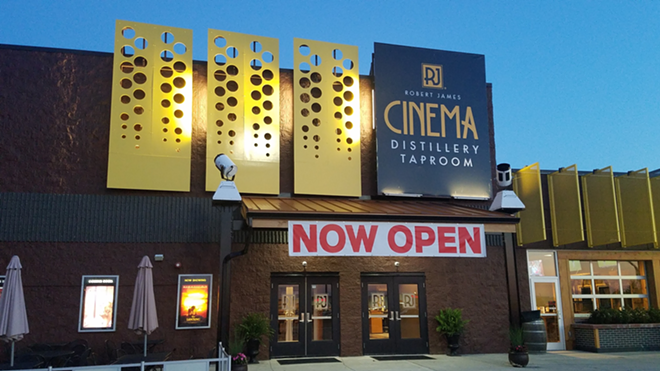 In the weeks since COVID-19 forced RJ Cinema to shutter their big screens, they’ve done carry-out orders and curbside pickup, and even offered free popcorn with your order. Now, RJ Cinema is back and ready for moviegoers to get their big screen fix.

However, you can’t go waltzing through the doors just yet. On June 10 and 11, RJ Cinema hosted private screenings of The Goonies and National Lampoon’s Vacation for RJ Rewards Club members. But if you’re not an RJ Rewards Club member, fear not. RJ Cinema will fully open their eight theaters beginning June 12 and they’ll be showing some iconic films.

“Beginning Friday, June 12th, RJ Cinema will be showing 'classic' movies on their 8 digital screens. Showtimes are available online at https://rjcinema.com, and include classics such as The Wizard of Oz (1939), Jurassic Park (1993), E.T. the Extra-Terrestrial (1982), Batman (1989), National Lampoon’s Animal House (1978) and The Jerk (1979). The Goonies and National Lampoon’s Vacation will also be available, as well as Wonder Woman (2017). New classics will be added weekly until new releases are made available in July,” reads a press release.

Tickets to these classic screenings are free for rewards members and $6 for non-members.

While Hollywood catches up on filming after the go-ahead to resume production from California Governor Gavin Newsom, RJ will continue showing classic films that were made to be seen on the big screen.

In addition, RJ Cinema is diving back into the world of Harry Potter with “Afternoons with Harry." For eight days, fans can re-experience the magic of all eight  Harry Potter films at RJ Cinema. Every movie will be played at 3 p.m. Wednesday through Sunday — all you have to do is pick what chapter in Harry’s journey you want to dive into.

Additionally, RJ Cinema plans to return with safety as its No. 1 priority. Their reopening plan comes with extensive safety guidelines for employees and customers. Included in the plan, RJ Cinema asks movie-goers to purchase their tickets online to ensure there is adequate seating available.

And so, movies are back. Soon enough you’ll be shimmying down an aisle, winning a gold medal in snack-carrying olympics, and going to the bathroom at critical moments in the film; it all just feels right.