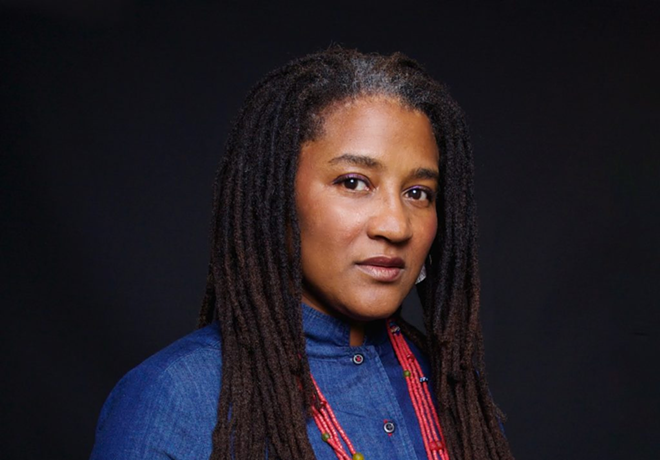 “It’s time we get back to thriving,” according to D. Lynn Meyers, producing artistic director at Ensemble Theatre Cincinnati (ETC). “The 2022-2023 season is about thriving after we have spent so long trying to survive. So much has changed for all of us over the past two years that I feel we need these shows to demonstrate our ability and tenacity to move forward. Each of these plays brings to life essential stories for this essential time.”

ETC’s 37th season features a Pulitzer Prize-winning drama, a Tony-nominated comedy, a witty and honest story of connection, and the world premiere dramedy of a reimagined classic. For the holidays, the Over-the-Rhine theater brings back one of its popular fairytale holiday musicals.

ETC’s season opens with the 2017 Pulitzer Prize-winning play, Sweat (Sept. 17-Oct. 9), by Lynn Nottage. It’s a socially conscious drama set in a working-class bar where factory layoffs and picket lines are tearing apart friends and colleagues who’ve worked together for years. The show was commissioned by the Oregon Shakespeare Festival in 2017, had a successful run at New York’s Public Theater and then transferred to Broadway. This production is the play’s regional premiere, continuing ETC’s long tradition of debuting important theatrical works. Previously, ETC staged Nottage’s 2003 drama, Intimate Apparel, in 2005. That work was converted into an opera workshopped by Cincinnati Opera and recently staged at New York City’s Lincoln Center.

Nottage researched the play by spending more than two years in Reading, Pennsylvania, talking to workers and others affected by economic and employment anxieties. Her script portrays blue-collar men and women who have been drinking, celebrating and working together for generations in a manufacturing facility, as well as hanging out in a local bar. Their friendships erode as their union can’t protect them, and they begin to mistrust one another. Their sometimes tragic stories are told with both wit and deep feeling as they turn against one another.

The Public Theater’s production of Sweat toured to 18 communities in the Upper Midwest in the fall of 2018, locales where the 2016 presidential election was closely contested. (Donald Trump won 14 of the longtime blue-collar strongholds). In a news release promoting the tour, which included a stop in Ravenna, Ohio — where nearby employers General Electric and Goodyear relocated manufacturing operations to Mexico in the early 2000s — Nottage said, “We saw a real need out there for dialogue. People are suffering in isolation, and there’s a lot of frustration. In theater we can build community very quickly and provide an outlet for people to release their emotions.” That was the motive for taking the show to affected communities, and it’s surely Meyers’s rationale for producing the show as ETC’s season opener.

The balance of ETC’s season:

The Dancing Princesses
(Nov. 30-Dec. 30)
A reprise of ETC’s 2017 holiday musical by playwright Joseph McDonough and composer David Kisor. It’s a whimsical adaptation of the story about a kingdom where an overprotective king struggles to keep his five daughters away from worldly temptations. Despite his efforts, the princesses’ shoes are worn to tatters each morning.

Grand Horizons
(Jan. 14-Feb. 5, 2023)
The regional premiere of Bess Wohl’s comedy about a couple who decide to divorce after 50 years of marriage. They’re ready to move ahead, but their adult sons don’t take it well

Morning Sun
(Feb. 25-March 19, 2023)
The regional premiere of a new script by Simon Stephens, recent Tony Award winner for The Curious Incident of the Dog in the Night-Time. This is the first production of the show after its New York debut in 2021. Set in Greenwich Village at the White Horse Tavern a generation or so ago, it’s a half-century overview of one woman’s life, revealed with complexity, mystery and possibility.

Who All Over There?
(April 8-30, 2023)
By local actress and director Torie Wiggins is a newly commissioned script getting its world premiere by ETC. It’s an updated remix of the acclaimed 1967 film Guess Who’s Coming to Dinner that explores the dynamics of a potential interracial relationship between Dean, a young professional and Danya, an aspiring singer. It asks and answers the question as to whether love can be truly colorblind.

Maytag Virgin
(May 27-June 18, 2023)
Audrey Cefaly’s Maytag Virgin finishes ETC’s 2022-2023 season with one more regional premiere. (Her play The Last Wide Open was produced by the Cincinnati Playhouse in the Park in early 2019). It’s a classic southern love story about what happens when unflappable Jack moves in next door to Lizzy, who’s endearingly neurotic. Neighborly nagging causes sparks to fly between the two high school teachers as they ask themselves if they’re ready to live and love again.