Join Celebrities, Musicians, Activists and the Pope for an All-Digital Earth Day and 24 Hours of Action

Celebrate the 50th anniversary of Earth Day with 24 hours of activism, education and messages from celebrities 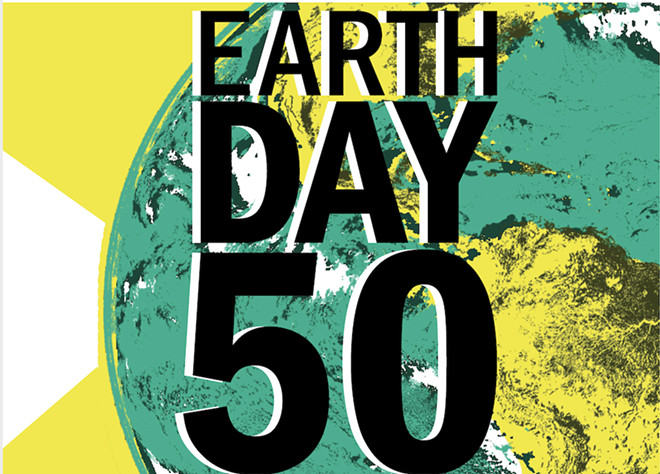 April 22, 2020 is the 50th anniversary of Earth Day. The event started in 1970 when millions of Americans took to the streets and college campuses to protest for environmental issues, launching the modern eco movement. The nonprofit Earth Day Network, which oversees and helps organize Earth Day events across the world, also grew from that day.

This year's 50th Earth Day was slated to be a large celebration and a time for many to speak up and speak out about current and pressing climate concerns. While in person protests and activism have been put on hold because of the coronavirus pandemic, Earth Day is going digital with 24 hours of action and live programming featuring celebrities, activists and even Pope Francis, who himself has suggested the current pandemic may be nature's response to humans ignoring the ecological disasters unfolding around us.

“This unprecedented time has stopped us all in our tracks,” said Kathleen Rogers, president of Earth Day Network, in a press release. “As each of us ensures that those around us are safe and well, it is in a momentous opportunity to examine our individual and collective relationship with the natural world and how our activities impact the planet. The way forward is hopeful, and we have an opportunity to forever change how we interact with the environment in our own backyard and our community at large.”

Earth Day 2020 programming includes 24 different ways individuals can help the planet — one action revealed each hour at @earthdaynetwork— plus 15 hours of Earth Day Live programming at earthday.org with appearances by tons of celebrities, musicians, leaders, scientists, advocates and more.

Programming takes place 9 a.m. to a 11 p.m. ET and includes messages, lessons or more by: