Pincinnati will feature "ultra-rare and one-of-a-kind machines and even machines that have yet to be released to the public." 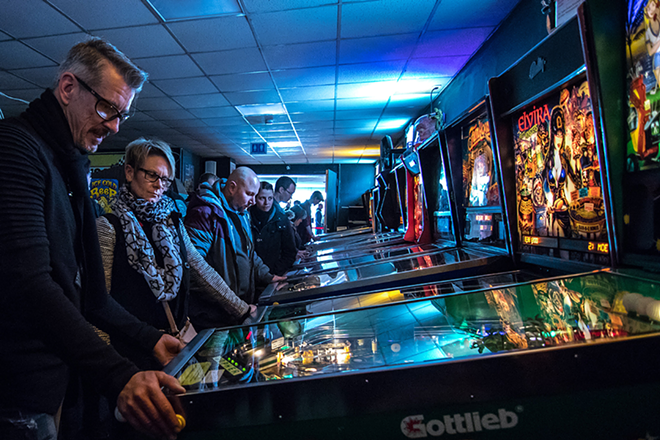 Pinball wizards of all ages are invited to the self-proclaimed "largest citywide pinball show" this weekend.

The Pincinnati expo and gaming competition is taking over the Holiday Inn Eastgate from Dec. 2-4 with more than 120 new and vintage machines, including "ultra-rare and one-of-a-kind machines and even machines that have yet to be released to the public," per a release.

The best part? No quarters needed. Play is free with admission.

In addition to recreational gaming opportunities, the event will also feature three weekend tournaments, including matches specifically for women and those under 16. Pincinnati says competitors from across the country are slated to play and the tournaments will be live-streamed — with commentary — on the Twitch SDTMpinball channel.

For those looking to outfit their machines — or buy a new one — there will be a special shopping area with vendors offering pinball parts, accessories, memorabilia and more.

Pincinnati was launched in 2018 and has attracted thousands of pinball fans from as far away as Maine and Arizona "to explore this uniquely American game in the cradle city of pinball itself," reads a release.

The expo aims to not only highlight America's re-emerging fascination with pinball, but also claim Cincinnati's title as the birthplace of the game.

"English inventor Montague Redgrave was living in Cincinnati when he, in 1871, took the popular common French table game Bagatelle and added a tilted playfield, a spring-loaded plunger, 'pins' and gates to act as barriers and obstacles to guide the ball towards the scoring holes, and a bell system to indicate scoring," said Pincinnati in a release for last year's event. "It is from this core platform that all classic and modern pinball machines are derived, cementing Cincinnati’s place in history as the birthplace of pinball."