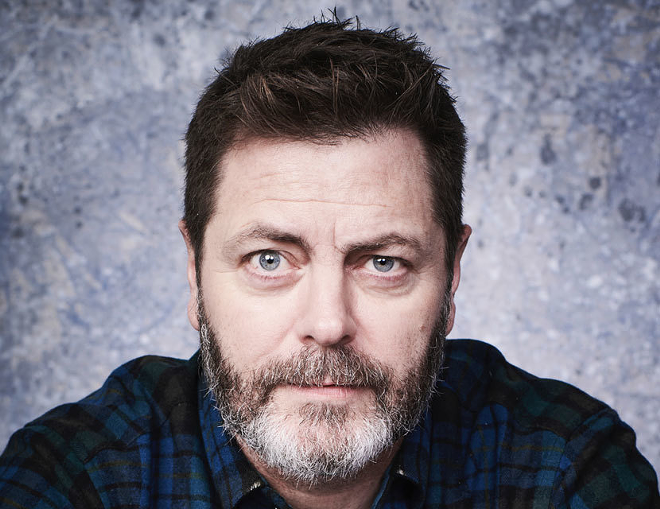 Calling all fans of Parks and Recreation, bacon and beards: Comedian, actor, writer and woodworker Nick Offerman is headlining the Taft Theatre April 19, 2019. Tickets go on sale at 11 a.m. Friday (Oct. 19). If his Netflix special American Ham is any indication expect storytelling, stand-up and song.

Offerman, possibly best known as Ron Swanson from NBC's Amy Poehler vehicle Parks and Recreation (also starring Chris Pratt and Aziz Ansari), won several awards for his portrayal as the meme-worthy man's man and deadpan city hall employee. Most recently, he was seen (and heard) in films including Sing, Ice Age: Collision Course, The Founder, The Little Hours, The Hero and Infinity Baby, in which he starred alongside his wife Megan Mullally (a comedian in her own right who plays Karen from Will & Grace).

Offerman came up in the Chicago theater community and worked at theaters including Steppenwolf, The Goodman, Wisdom Bridge and Pegasus Players, among others. He is a company member of the Evidence Room Theater Company in Los Angeles and, according to a press release, "can be found at his woodshop in Los Angeles building hand-crafted items ranging from fine furniture to canoes to ukuleles" in his spare time.

Reserved tickets cost $39.50-$59.50 (plus applicable fees) and go on sale at 11 a.m. Friday at tafttheatre.org or at the Taft Theatre Box Office, and ticketmaster.com.