Ahead of his Contemporary Arts Center exhibition, street artist Vhils stopped by Arnold's Bar & Grill to install a mural 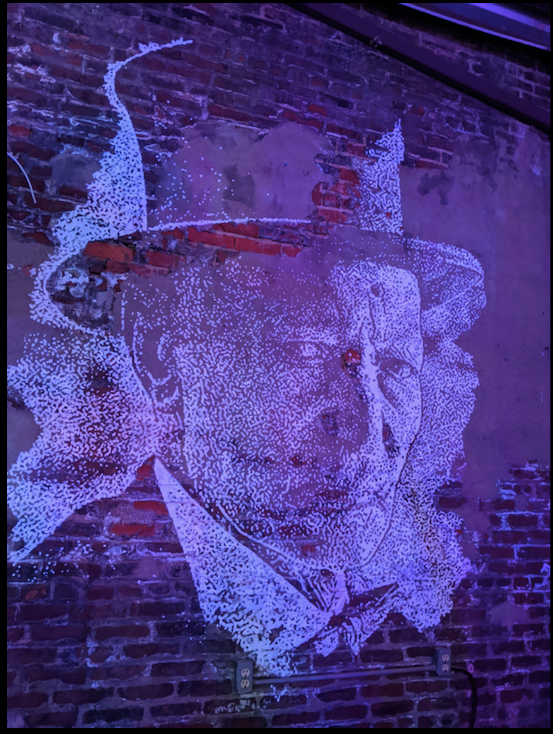 Ahead of his exhibition Haze at the Contemporary Arts Center — opening tonight — Portuguese street artist Alexandre Farto, aka Vhils, has been busy carving a portrait of Cincinnatian "Peanut Jim" Shelton into a wall at Cincinnati's oldest bar: Arnold's Bar & Grill.

Best known for his pioneering bas-relief carving technique, Vhils literally scratches the surface of urban environments by carving large-scale portraits of everyday people directly into outdoor walls. He does so through industrial means — drilling, controlled explosions, ripping away debris, etc. In addition to the newly-unveiled Arnold's mural, Vhils also installed a portrait of John Mercer Langston in Over-the-Rhine as part of 2019's BLINK.

The owner of Arnold's Bar & Grill (210 E. Eighth St.), Chris Breeden, told CityBeat via email that the historic restaurant and bar has "become pound for pound one of the best places to view street art anywhere in the world." The reason being? In just five years, Arnold's has welcomed works by storied contemporary artists Shepard Fairey and J.R. Now they can add a third: Vhils. In that same time frame, Brooklyn-based street artist Hargo also installed a mural on their exterior alley wall. 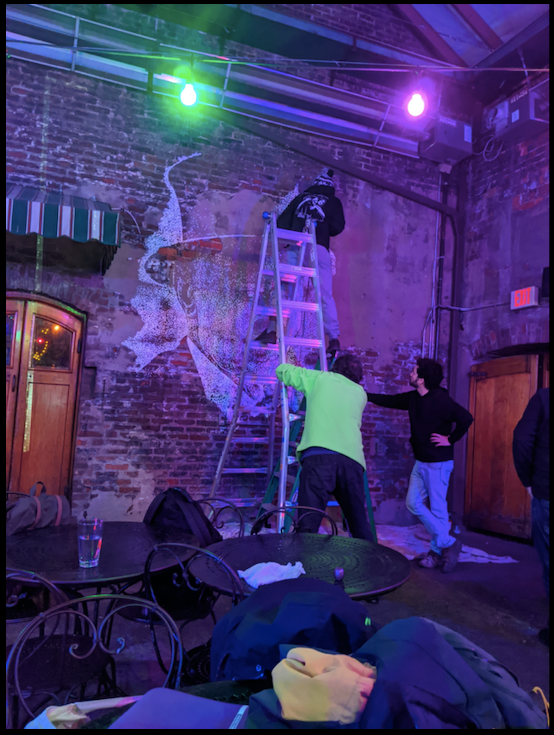 Breeden has been a fan of Vhils for years, saying that he saw his show/residency at Covington's BLDG in 2011. The artist's return to Cincinnati via the CAC exhibition will mark Vhils' first large-scale solo show in a United States art institution. According to the show's description, the show — which sprawls through two floors — seeks to create a “subtle dialogue” with the museum’s iconic architecture, as designed by the late Zaha Hadid. (Haze runs through July 6.)

"It was amazing and nerve-racking to watch Vhils and his team jackhammering in the wall," Breeden says of watching the mural unfold over the past few days. "I had complete faith, though, that they knew what they were doing and the end result would be awesome."

Vhils' subject choice, "Peanut Jim," was indeed an everyday Cincinnatian. As cited by The Cincinnati Enquirer in 2016 for their 175th anniversary, Shelton came here from South Carolina — his father was a peanut farmer — in 1932 and bought a roaster for 75 cents. Though he had a shop on Liberty Street in OTR, he was most known for selling his peanuts outside of Crosley Stadium during Reds games. It was a gig he kept up for 50 years, solidifying himself as a Queen City icon of sorts.

Just months before he died at age 93 in 1982, Shelton was honored as grand marshal of the Reds' Opening Day parade.

As Breeden says of the choice: It's honestly perfect.