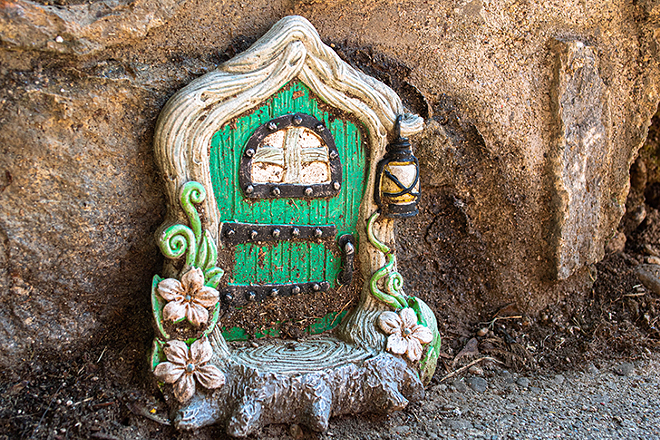 In need of a real-life fairy tale? Skip over the river to Newport, Kentucky to search for the playful and adorable — and teeny-tiny — fairy doors that are popping up all over the East Row Historic District.

Crafted and installed by an anonymous do-gooder, the fairy doors can be found on the stoops and doorsteps of the neighborhood's already charming buildings

We were lucky enough to get in contact with representatives from the East Row Fairy Relocation Service and Relator Group (FRS) to get a behind-the-scenes look at the work they are doing for both the fairy and human communities. 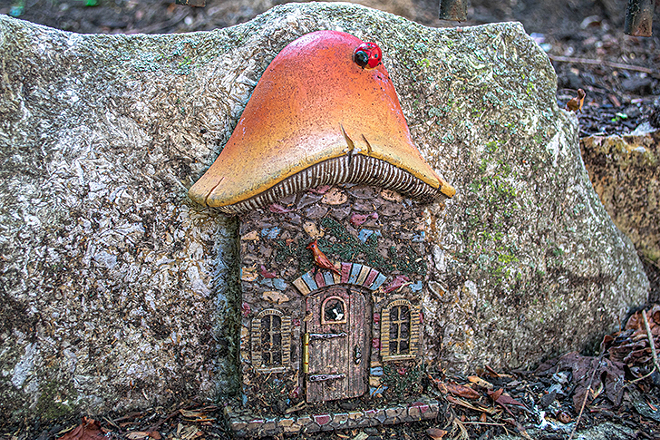 The FRS began in 2016 when the first fairy family moved in to the Newport East Row Pool & Social Club. A rep for the FRS says after making their own fairy door, a friend suggested placing one at the curb by the pool. As the neighbors — especially the "small humans," also known as children — gave them a warm welcome, more fairies began arriving by spring 2017.

"Over the first summer we watched kids enjoy the door," the rep says. "Some would even lay on their stomach and put their eyes up to the window. (We) wanted to spread the joy, so we got more molds and begun making them for the neighborhood."

Every fairy door is made by hand with plaster and resin and typically takes up to a week to paint and decorate. Locations for the doors are scouted during the day, but “the fairies do not move in until dusk, after the small humans are asleep,” says the FRS.

See a full slideshow of some fairy doors we've found at citybeat.com.

The Fan Newport Facebook page and the Newport Fairy Doors Group were established after many fairy doors went missing. The FRS explains that “there are probably small humans who see them and do not know how to request one or think they can’t afford one, so taking it appears to be the only way to acquire one for themselves.”

"Non-believers can be very dangerous," says the FRS. "We were lucky to get a recommendation from other fairy services that the local human Realtor, Michael Jackson, was a safe contact. Along with finding homes where small humans live, he has been helpful with locations that may not have small humans but are nonetheless welcoming to fairies."

Now, doors can be requested for your home through the Facebook page or via email at [email protected] 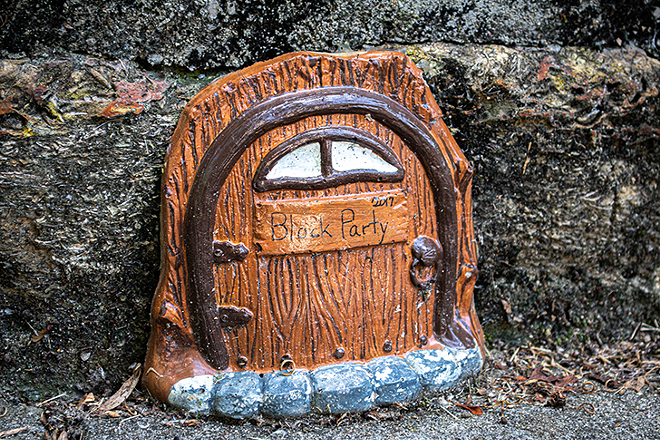 Fairies, like most East Row humans, enjoy the neighborhood for the architecture and history and “new families continue to arrive because the word has spread on fairy social media that the East Row is a safe and welcoming place for fairies,” says the FRS.

The FRS is trying to get all the fairy doors requested installed before the end of summer, though the process can be delayed by weather or humans lurking around.

The fairies don’t plan on expanding outside of Newport, but are on the lookout for welcoming families on the West Side of the neighborhood to host them. A few may also be moving to Newport on the Levee.

Some of the most notable fairy doors can be found at Jerry’s Jug House (aka Fairies Jug House), Coaches Corner and Newberry Bros. Coffee & Prohibition Bourbon Bar, with fairies soon to be moving in to Southgate House Revival. Maybe this all seems a little overly whimsical and even silly, but the FRS has been bringing joy to the children (and adults) of the neighborhood for years, and plan to stay “for as long as we are welcome by the humans of Newport.”

To request a door for your home or to nominate a friend, email [email protected]