"Cincinnati’s Over-the-Rhine neighborhood was just hitting its stride, after years of turbulence...Then everything slammed to a halt due to the novel coronavirus." 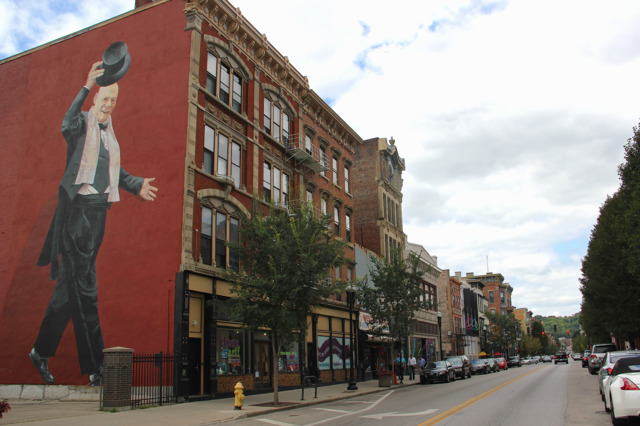 The Washington Post opens its recent in-depth look at how the coronavirus pandemic has impacted Cincinnati's Over-the-Rhine with a few austere paragraphs:

Cincinnati’s Over-the-Rhine neighborhood was just hitting its stride, after years of turbulence.

New restaurants were popping up, long-struggling theaters were selling out, work was plentiful and the quaint streets were crowded. All the risks the neighborhood had taken for years suddenly were paying off.

Then everything slammed to a halt due to the novel coronavirus — potentially undoing years of work and investment. Hundreds are unemployed, businesses are completely closed or seeing a fraction of their usual traffic, and there’s widespread fear that the worst is still ahead.

The almost 3,000-word article dissects how closures have stalled this booming epicenter of arts and entertainment — the city's "it" neighborhood — and unravels the history of gentrification in OTR.

There are interviews with arts leaders, like Ensemble Theatre's D. Lynn Meyers, who says, "It took over a decade to get to where we are, and it could take a month to lose it, and that scares me.”

And there are many interviews with chefs and restaurateurs, including Daniel Wright (Senate, Abigail Street, Pontiac, Holiday Spirits). He said he had to close all of his restaurants, lay off 150 employees and can't imagine reopening without help from the government or his insurance company.

“At some point, it’s easier to just walk away than it would be to take on more debt in order to survive this,” he says in the piece.

There are also interviews from those with Our Daily Bread Soup Kitchen and Social Center.

“Homeless service leaders who I love, respect and have worked with for years — the toughest folks I know — are starting to reach their breaking points,” Our Daily Bread's Executive Director Georgine Getty says in the story, speaking about the influx of poverty and those in need. “We share a five-minute cry or a supportive text and then get back to work.”

The gist is this: "Over-the-Rhine is one of hundreds of urban neighborhoods across the country that have undergone a renaissance in recent years, as young professionals have searched for walkable communities with character and short commutes, empty nesters have looked to plant themselves in cultural districts, and city leaders have sought out the kinds of high-income residents who had previously fled to the suburbs. These transformations are usually deeply dependent on people having money to dine at expensive restaurants, shop at Instagram-worthy boutiques, and gather with others to experience the arts."

So what does that look like when COVID-19 and the requisite shutdowns put that all on hold?

Read the full story at washingtonpost.com.