15 Cincinnati-Style Chili Parlors You Should Have Tried By Now

If you’ve lived in Cincinnati for any amount of time, you’ve likely stumbled into the center of a debate between die-hard fans of Skyline and Gold Star: which local chili chain is the best? Both founded by immigrants — Skyline in 1949 by Greek transplant Nicholas Lambrinides and Gold Star in 1965 by the four Jordanian Daoud brothers — they used secret family recipes to create the city’s top feuding chili empires, spreading saucy meat and golden cheese across the Tri-State. But if partisan chili politics isn’t your thing, you can always take the road less traveled and try your tastebuds at a neighborhood restaurant, many of which are just as steeped in tradition and their own unique recipes. Some, like iconic (and James Beard Award-winning) Camp Washington Chili or Food Network-featured Blue Ash Chili, are already famous in their own right. Some others are more obscure and may not haven’t gotten the Guy Fieri stamp of approval, but are just as vital — and delicious — community institutions. Here's 14 Cincinnati-style chili parlors that you should add to your meaty bucket list.
Scroll down to view images 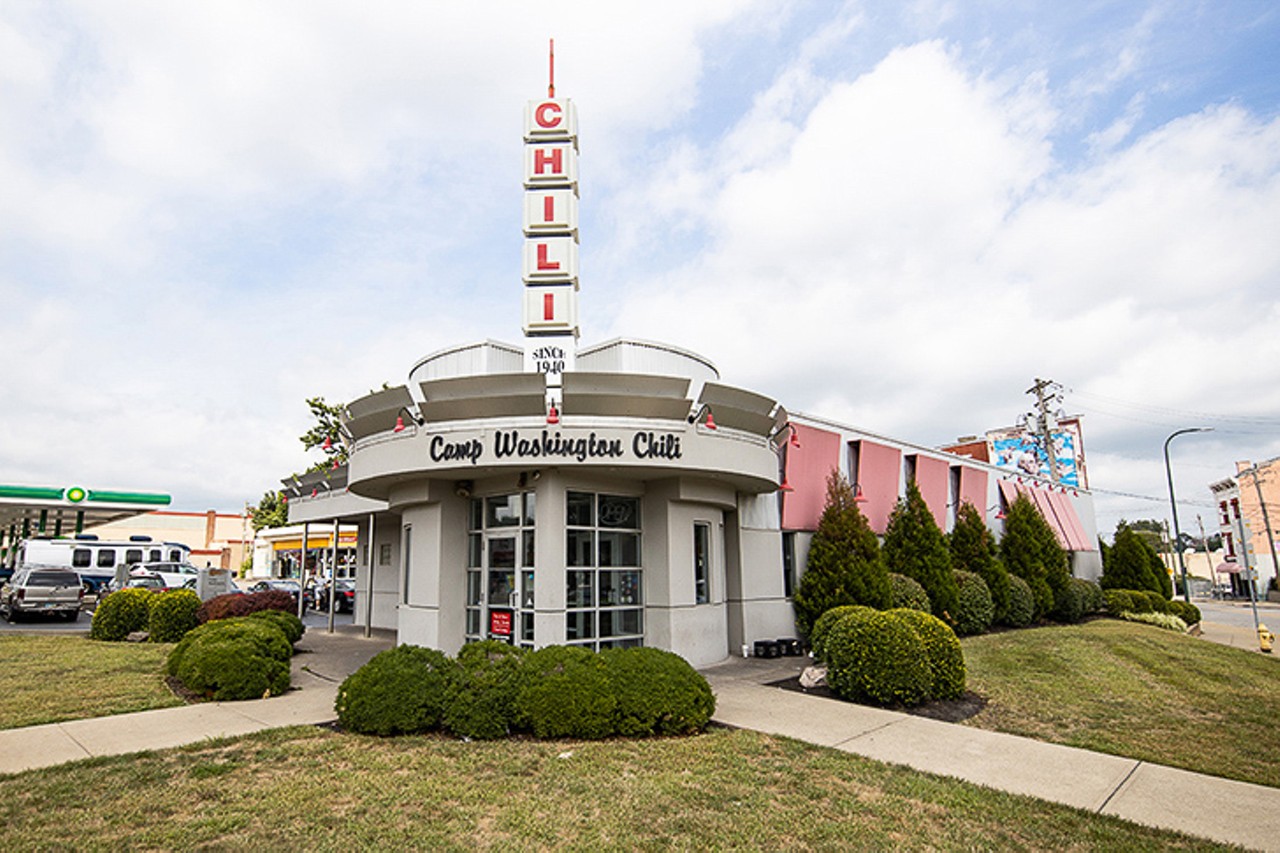 3005 Colerain Ave., Cincinnati
Named one of the “10 Best Restaurants in Cincinnati” by USA Today, there’s no question as to why Camp Washington Chili has been operating since 1940. It is good eats! Despite having ‘chili’ in the name, this establishment offers many chili-free options, including burgers, grilled chicken, hot dogs, fries, coleslaw and salad.
Photo: Hailey Bollinger 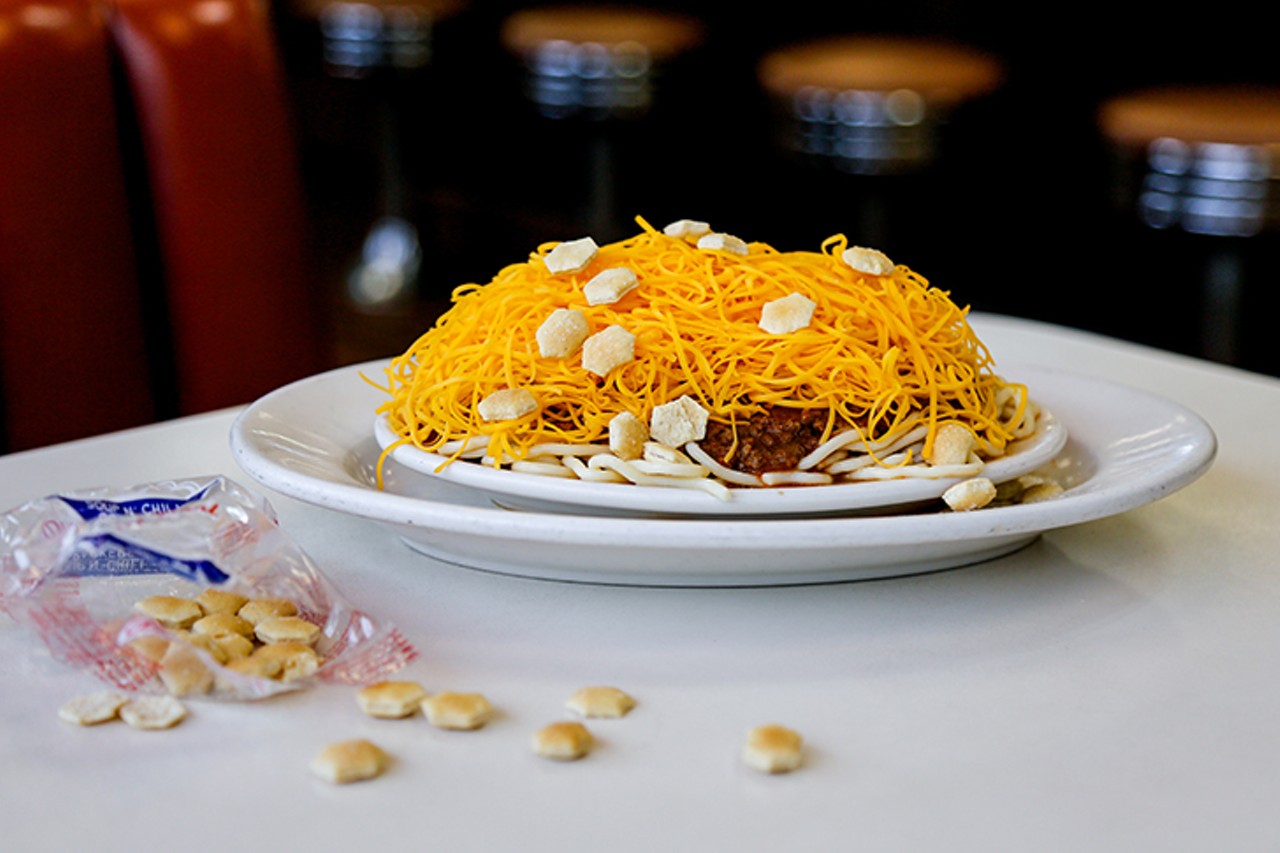 4727 Vine St., Saint Bernard
Along Saint Bernard’s main drag, one sign stands out — a cartoon clock suspended in half a cup of chili. The message is clear: it’s chili time. This no-frills chili and all-day breakfast spot has been in the business of slinging coneys since 1963. The chili has an herb-y, salty flavor, which tastes a little different with each bite — some forkfuls are as savory as Skyline’s fare, while others are uniquely earthy.
Photo: Hailey Bollinger 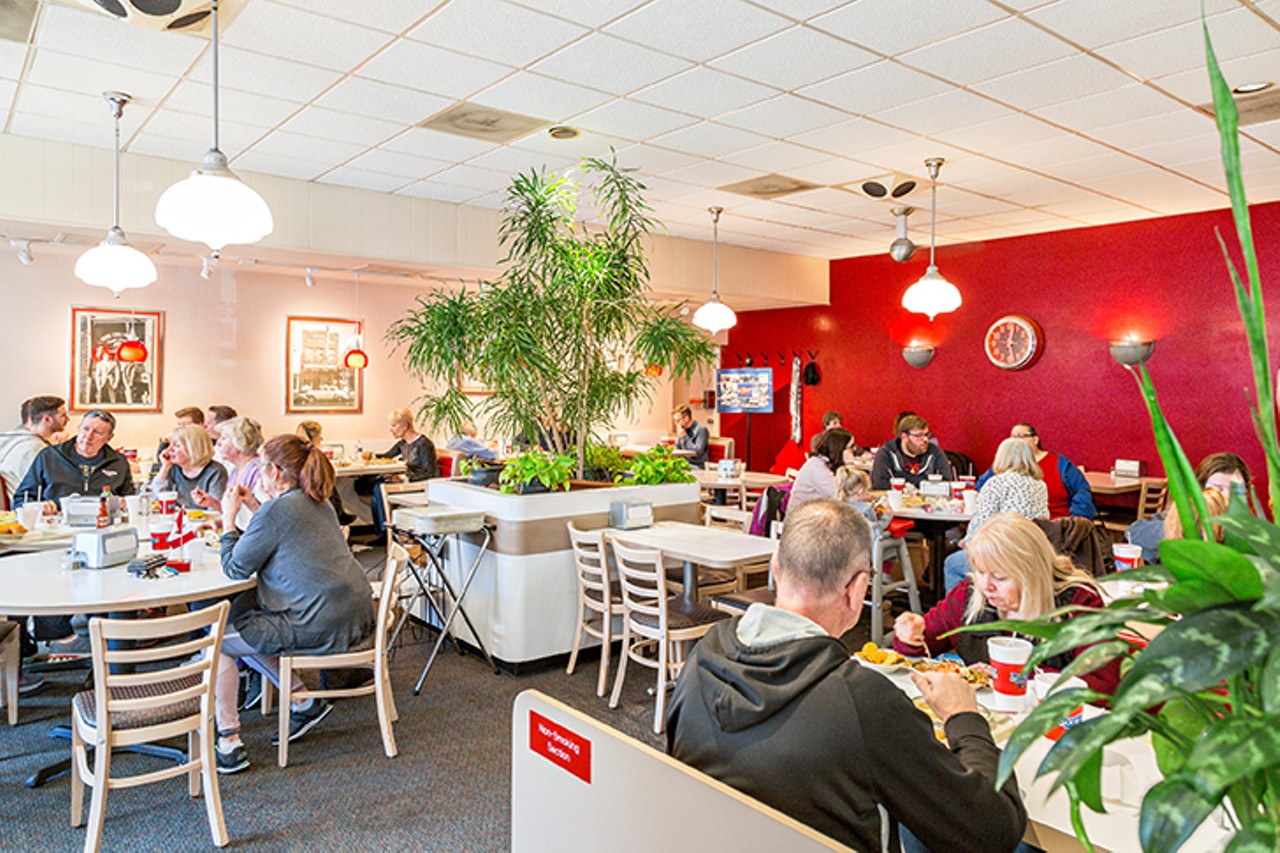 733 Monmouth St., Newport / 3716 Dixie Highway, Erlanger / 2421 Madison Ave., Covington
With a location in Newport, another in Covington and one in Erlanger, Dixie Chili has become an integral part of Northern Kentucky culture; each location a local landmark in its own right. Founded in 1929 by “Papa Nick,” Dixie Chili has classic, secret-ingredient Cincinnati-style chili with cheese and onions on spaghetti. Traditionally, Dixie’s offerings are dominated by Wisconsin cheddar, and the garlic is a great counterbalance to the dairy, making it one of the area’s favorite chili joints.
Photo: Hailey Bollinger 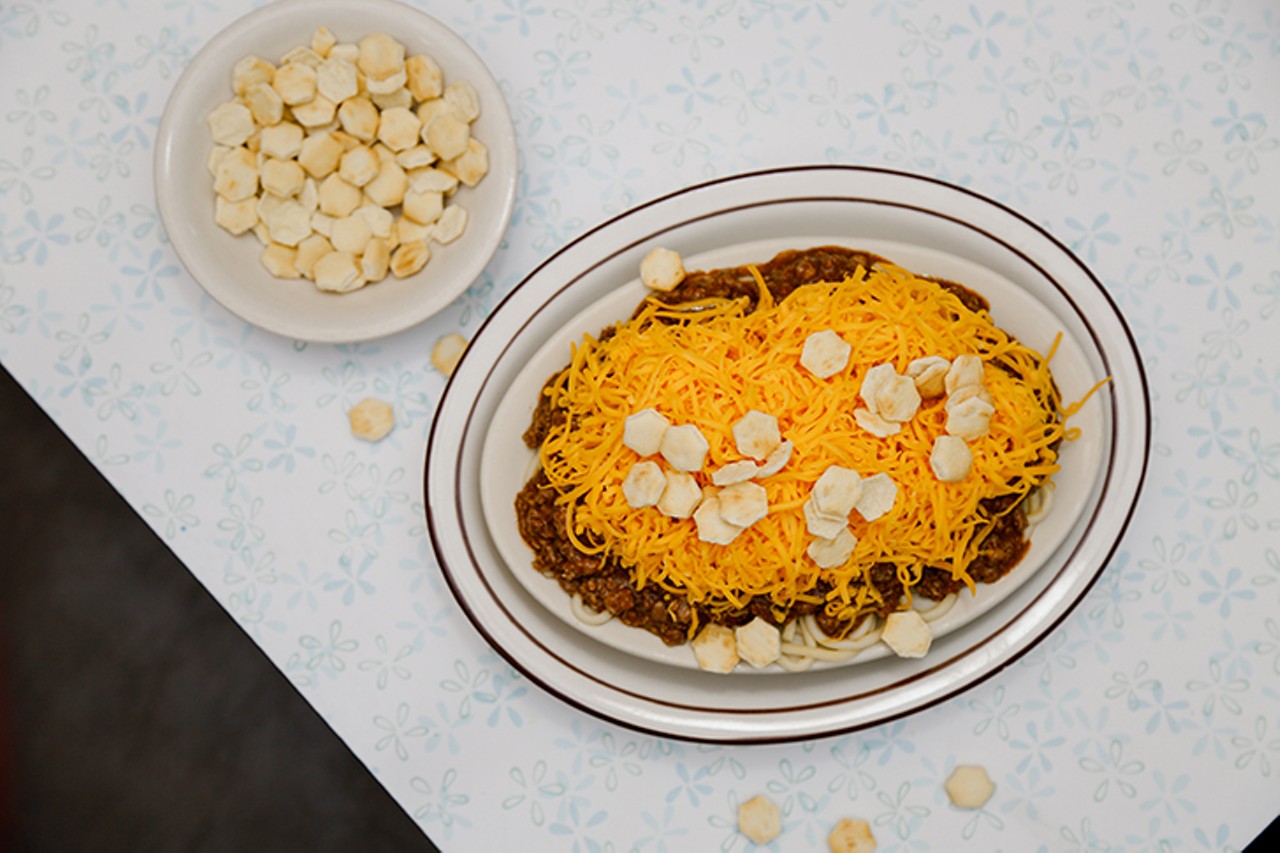 4154 Hamilton Ave., Northside
Since its opening in 1967, the Blue Jay Restaurant has, for the most part, remained the same, boasting a nostalgic image and homestyle eats. As with any good local diner, there’s Cincinnati-style chili in bowls, on coneys and 3-ways, plus classics like all-day breakfast, double decker sandwiches and homemade pie.
Photo: Hailey Bollinger 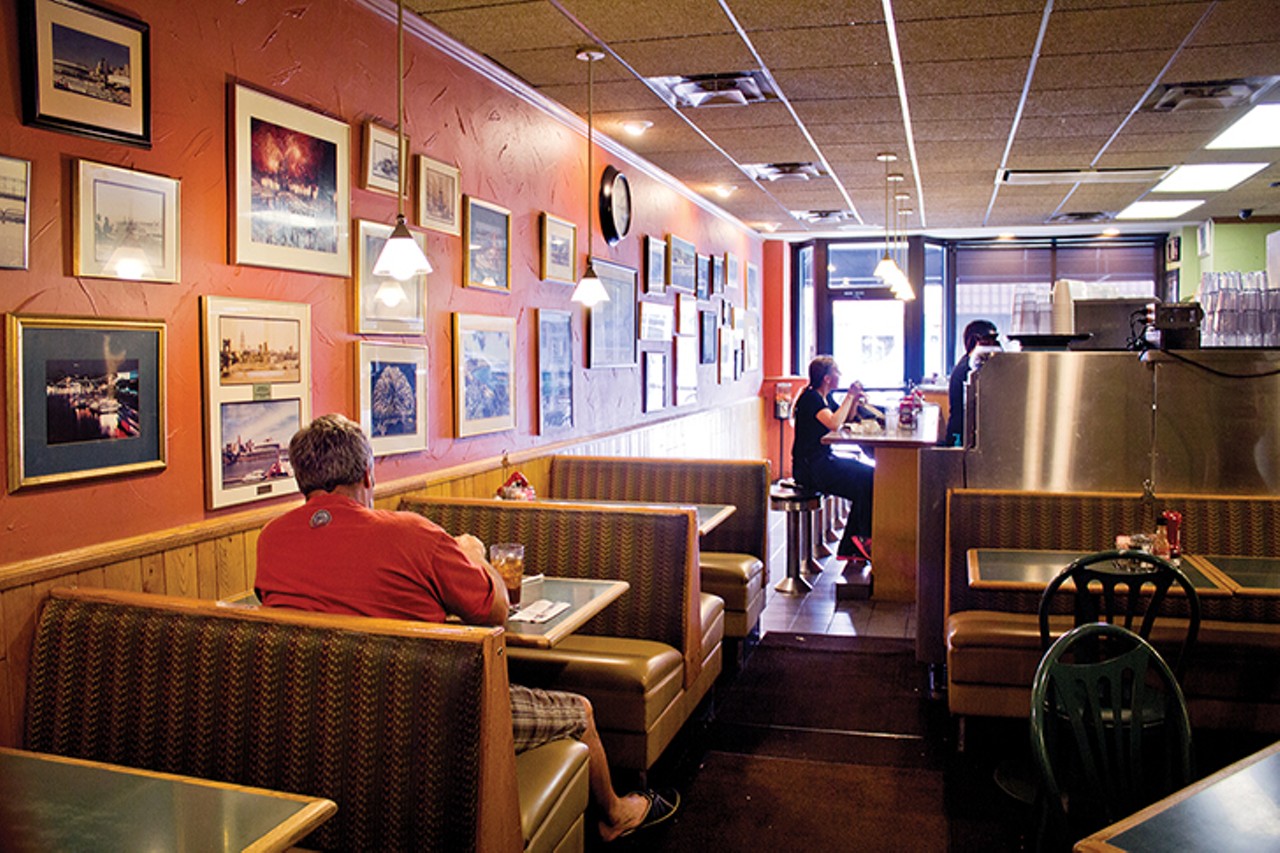 4920 Glenway Ave., Price Hill
Generations of West Side patrons have grown up on this iconic, family-owned restaurant’s diverse, fairly priced menu. Having expanded several times over the years, there are now multiple dining areas and a full-service attached cocktail lounge called Golden Fleece. What sets them apart from other chili joints is their liquor license and full menu, which features an excellent Greek salad (with secret-recipe dressing), specialty sandwiches, steaks, all-day breakfast and amazing homemade macaroni and cheese on Fridays.
Photo: Marci Rhodes 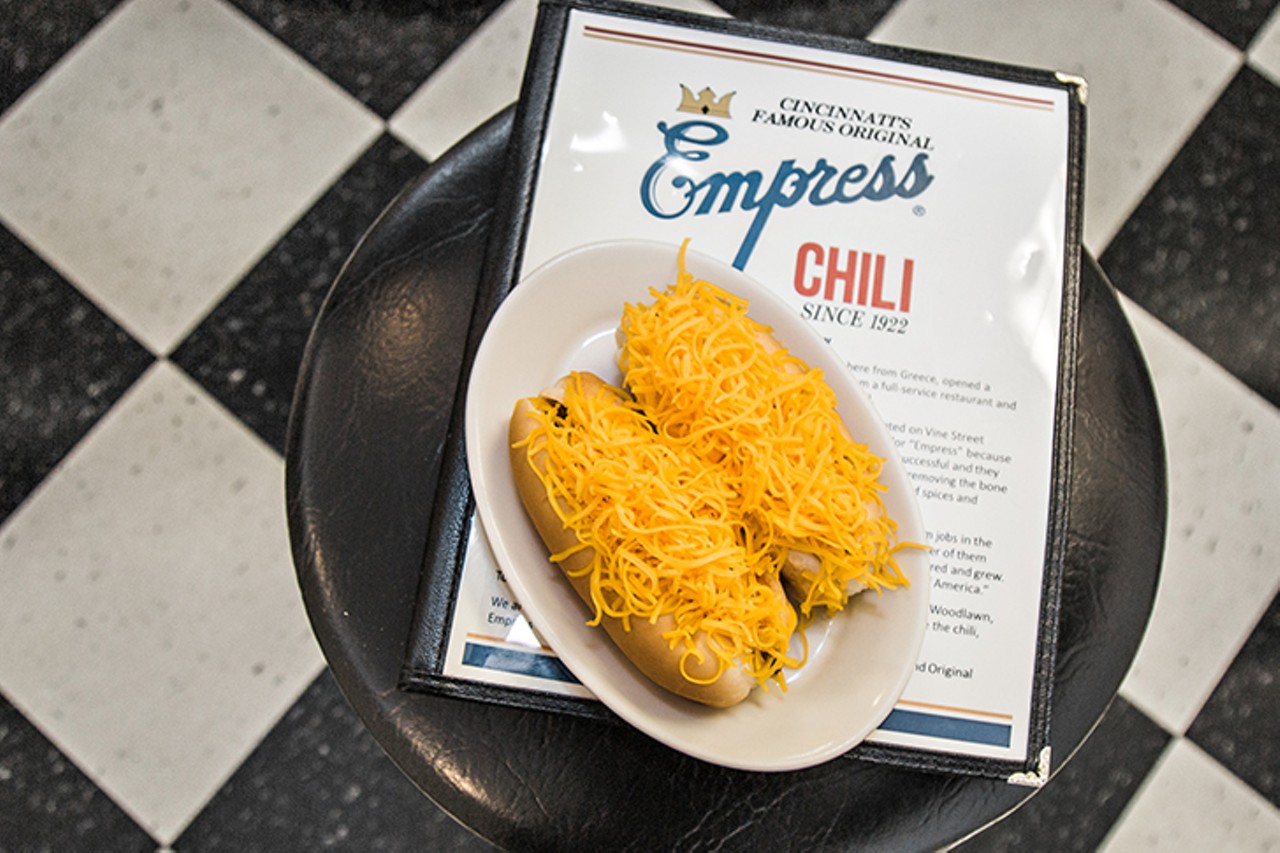 7934 Alexandria Pike, Alexandria
The first splattering of Cincinnati chili can be traced back to two brothers: Tom and John Kiradjieff, immigrants from Argos, Orestiko, a town in the now-Northwestern region of Macedonia-Greece. James Papakirk, a first-generation immigrant from Greece, now owns the brand. In addition to the usual crop of double decker sandwiches and ways, Empress offers some zany takes on old favorites: individual chili pizzas with cheesy, saucy fare on dough and the tough-to-pronounce “spagoney,” which swaps out hot dogs for noodles.
Photo: Hailey Bollinger 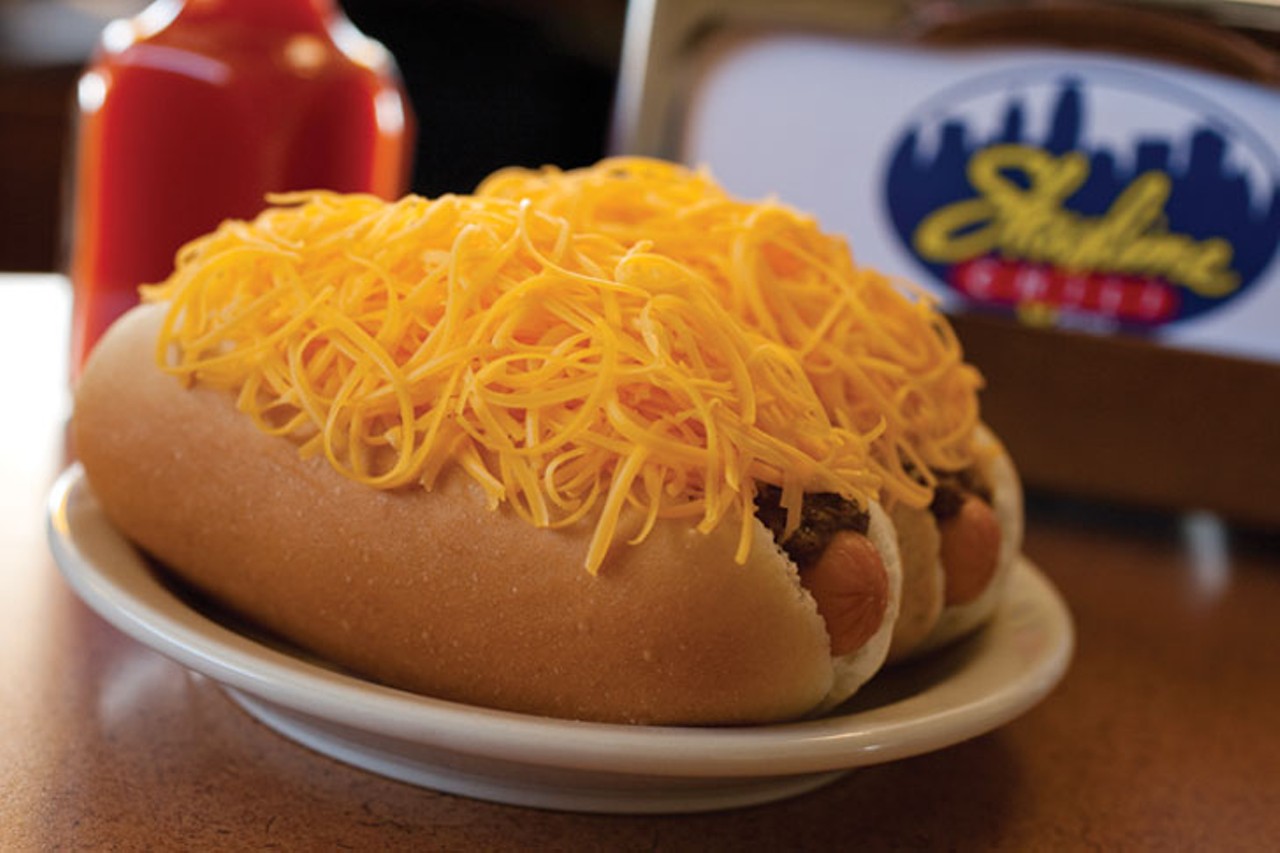 Multiple locations
A locally based chain of chili parlors founded by Greek immigrants in Cincinnati in 1949. Their Cincinnati-style chili is poured over spaghetti or hot dogs along with chili burritos, fries and baked potatoes. Their vegetarian version is almost as tasty with black beans and rice.
Photo: Provided by Skyline Chili 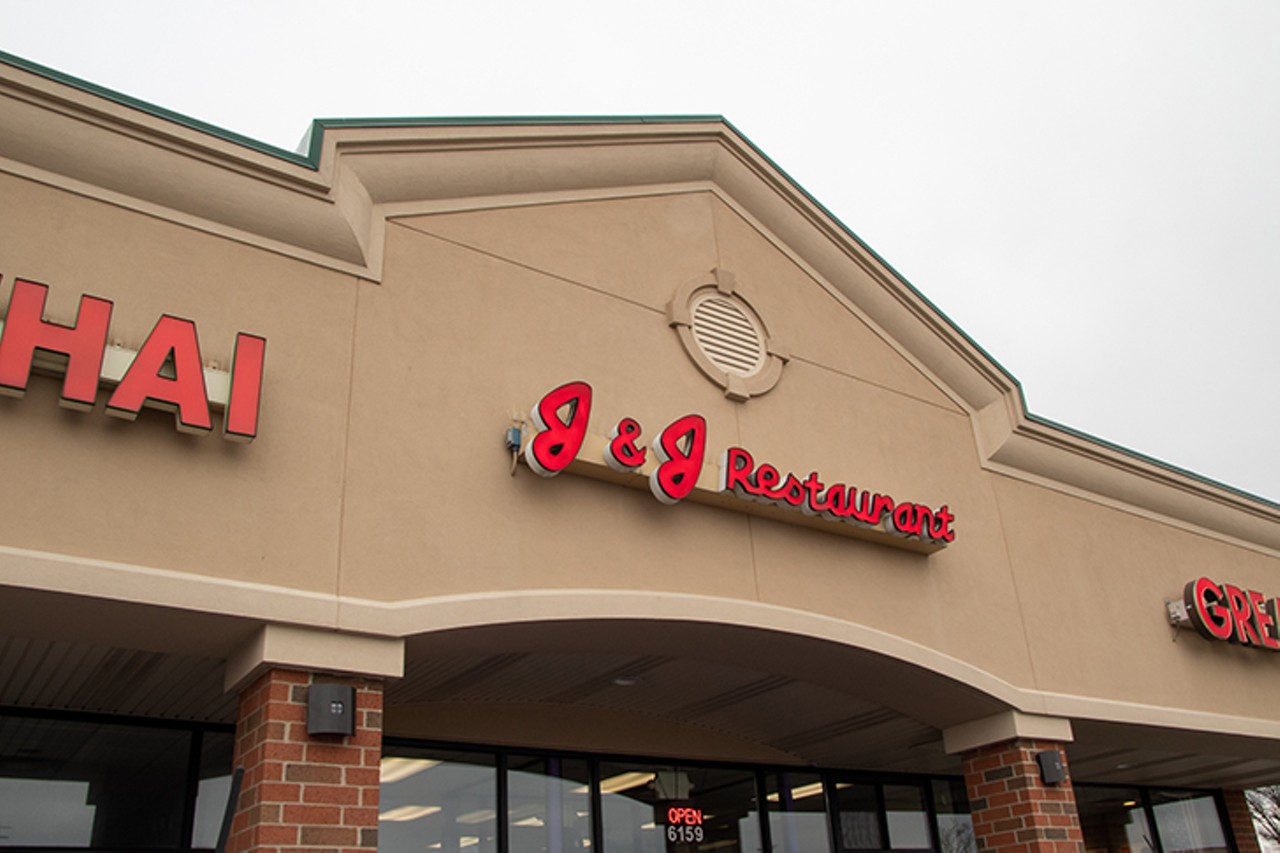 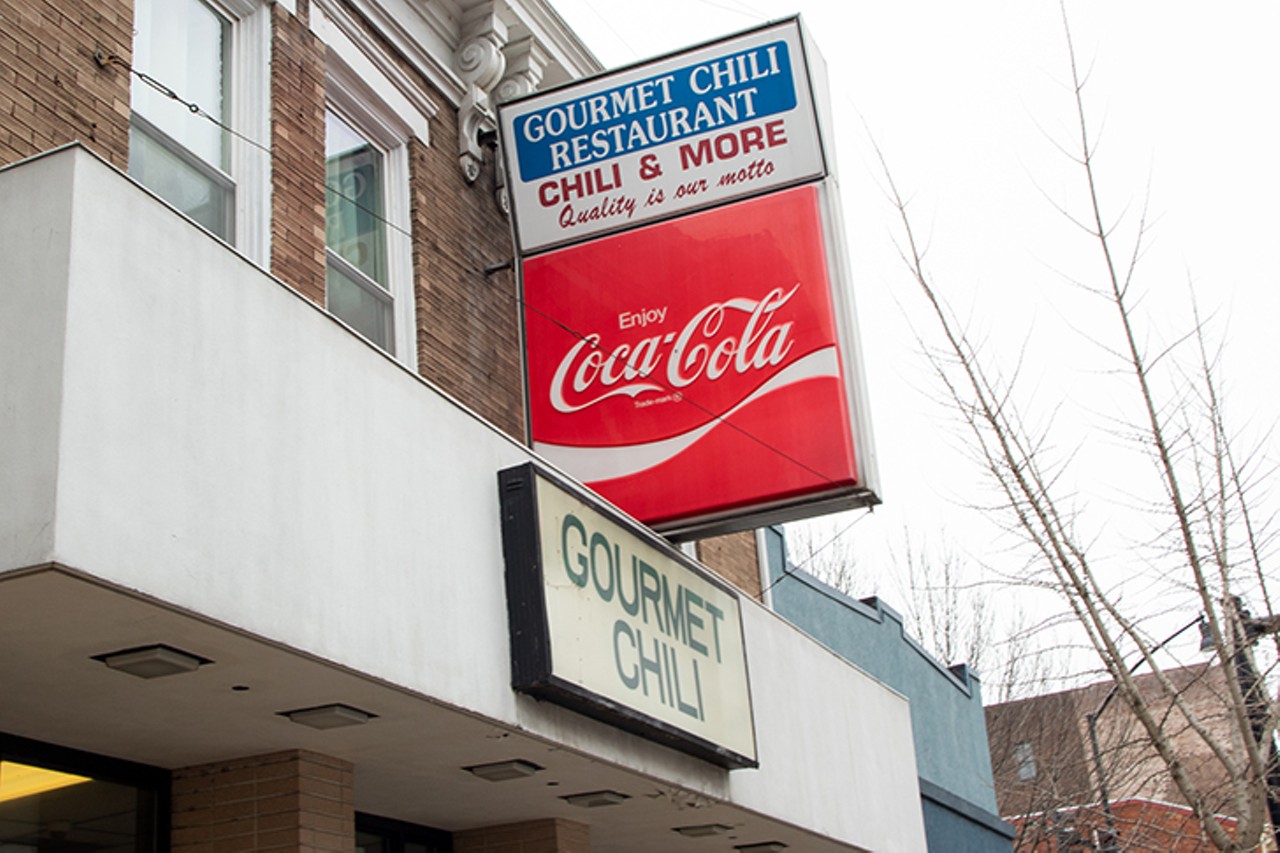 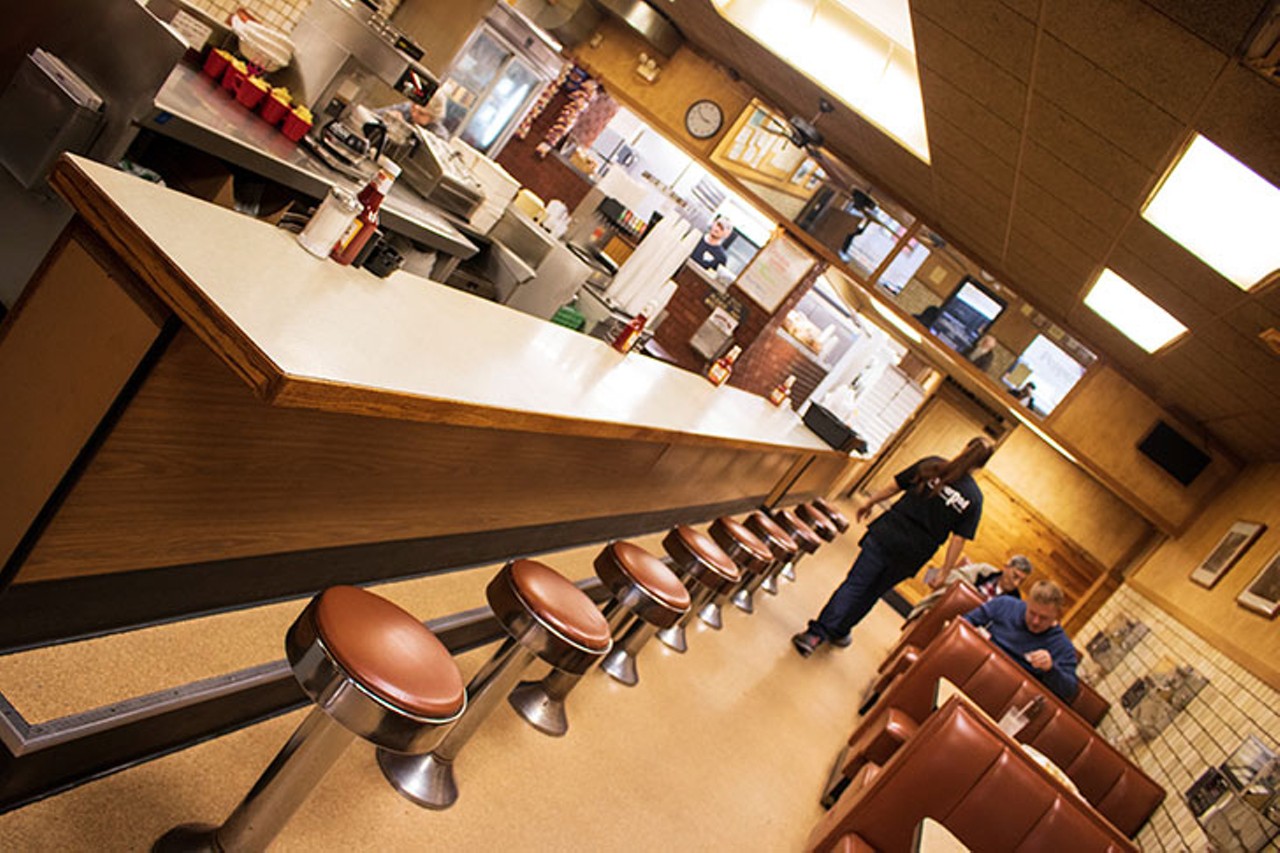 703 Monmouth St., Newport
Greasy spoon dining at its best, the Pepper Pod is a Newport legend. Open 24 hours a day so you can get your breakfast fix whenever the craving hits. The Northern Kentucky diner was even featured in the movie Extremely Wicked, Shockingly Evil and Vile starring Zac Efron — it was filmed in the Greater Cincinnati area.
Photo: Emerson Swoger