Chestnut will be at Hooters on the river from noon-2 p.m. on Thursday, Aug. 29 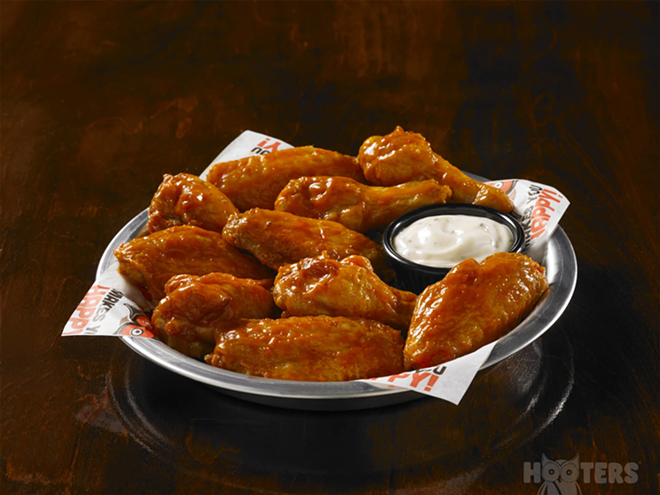 Many humans claim to go to Hooters for the wings, not for the breasts, and if you are one of those people, Hooters in Newport is offering all-you-can-eat wings for $15.99 through Sept. 9 for some kind of promotion, which is also attached to competitive eating champion Joey Chestnut. 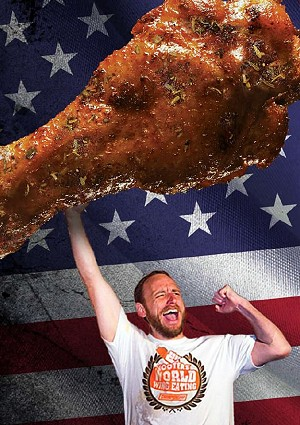 You can even meet Major League Eater Chestnut, who won the Nathan's Hot Dog Eating Contest at Coney Island this year, eating 71 hot dogs in 10 minutes.

From noon-2 p.m. on Thursday, Aug. 29, XTREME food fans can meet and greet Chestnut, get autographs signed and take photos. Chestnut will also be eating Hooters wings for one hour. A release says, "Fans might even have the chance to take on Joey for a head-to-head wing eating challenge!"

Hooters wings come in six varieties: smoked, original, Daytona Beach-style, bacon wrapped, naked and boneless, which can all be tossed in 15 different sauces or five dry rubs and are served by Hooters "hospitality" girls.