The perils and passions of relationships have long been Sullivan’s bread and butter. 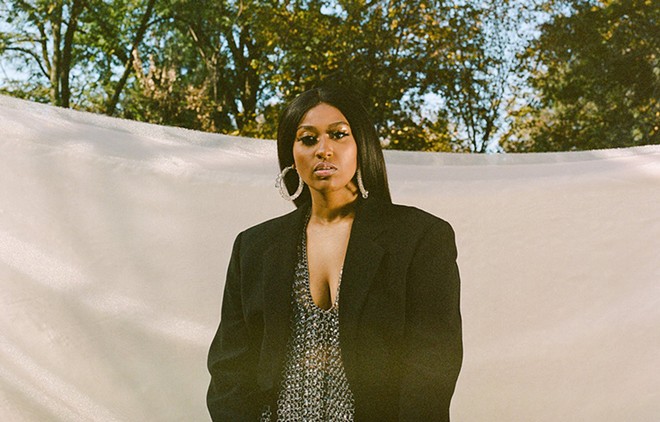 It doesn’t take long to realize the overarching concerns of stellar R&B/Soul singer Jazmine Sullivan’s fourth and most recent record, 2021’s Heaux Tales — “Bodies (Intro)” is a slinky synth-backed lament about getting fucked up and out of sorts: “Bitch, get it together, bitch/You don’t know who you went home with, who you went home with again/Was it your friend? Or a friend of a friend?/Was he a four? Or was he a 10?”

It’s followed by “Antoinette’s Tale,” a spoken-word soliloquy from Sullivan’s friend Antoinette Henry about the fact that men “cannot handle if a woman takes the same liberties as them, especially with regards to sex.”

The song/spoken-word back-and-forth concept continues throughout, each commenting and expanding upon the other, each examining the relationship dynamics of modern-day Black women. The results toggle from tender to dirty, sometimes in the same song. Likewise, Sullivan’s versatile, ever-emotive voice moves from clipped to soaring, bringing to mind the obvious influences of Erykah Badu and Lauryn Hill.

The perils and passions of relationships have long been Sullivan’s bread and butter, from her 2008 breakthrough single “Need U Bad” (co-written and featuring Missy Elliott) to 2015’s “Let it Burn” (co-written with Kenneth “Babyface” Edmonds), but Heaux Tales takes things to a new, often sexually brazen level.

“A subject that came up a lot in the album was women taking up space and taking up agency with their bodies, and not being ashamed to ask for things, the things that they want, their desires,” Sullivan said in a July 2021 interview with Rolling Stone. “I feel like since the beginning of time, women are expected to be and act a certain way, and not really allowed to voice their desires and the things that they want sexually or feel sexually. We’ve grown past that point, and I just thought it was time for people to hear how we feel.”

Yet “Girl Like Me” — a duet with H.E.R. laced with frustration and sexual bravado — reveals Sullivan’s real desire: lasting love.

Jazmine Sullivan plays Bogart's (2621 Vine St., Corryville) on March 22. Showtime is 7 p.m. Proof of vaccination or a negative COVID test is required. Get tickets and details at bogarts.com.

Listen to  “Bodies (Intro)” below: