Agave & Rye Team to Open Son of a Butcher Steakhouse — aka S.O.B. — in Liberty Center 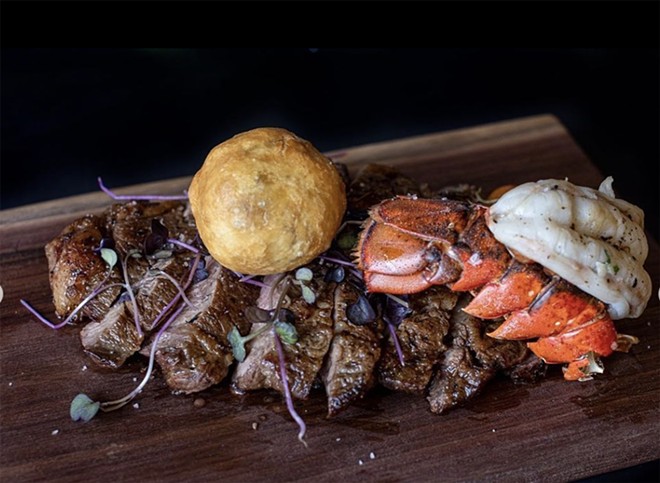 The team behind Agave & Rye seems to have conquered the eccentric taco world — they have 10 locations spread across Kentucky, Ohio, Indiana and Tennessee slinging a menu of "epic tacos" stuffed with everything from lobster and kangaroo to tater tots — and has now set their sights on steakhouses.

The new Son of a Butcher — colloquially referred to as S.O.B. — is slated to open its doors in Liberty Center in February. It will be located in Shindig Park, an event space also helmed by the Agave & Rye team. S.O.B. will be replacing the company's previously announced Alibi Room bar. 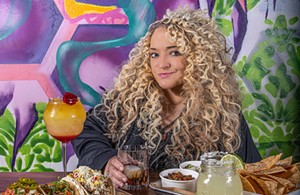 Yavonne Sarber, founder of S.O.B. and Agave & Rye, tells CityBeat via email that the new restaurant is "evolving the stuffy steakhouse into something magical."

"S.O.B offers everything guests would expect from a high-quality steakhouse, without the white tablecloths, pretentious service and boring atmosphere," she says.

Based on the Alice-in-Wonderland-meets-Baroque design of Sarber's Agave & Rye locations, she says the look of S.O.B. will play off the same ethos.

S.O.B. will boast a large patio in addition to its interior space.

There will be a sweet and spicy bacon and blue cheese burger, a New York-style Italian sandwich on a baguette and a filet mignon chopped salad. For vegetarians, look for cauliflower steaks and black truffle gnocchi. Standard entrees will range in price from $14-$23, with higher-end meat dishes going for $40-$100.

S.O.B. will launch with dinner service, but there are plans to expand into brunch offerings as well. Although it is attached to Shindig Park, the restaurant will operate as a separate entity. But events can request S.O.B. catering.

"Our service focuses on true hospitality with the mission to leave our guests wanting for nothing," Sarber says. "With every detail, design and inspiration revolving around our core values, our guests will enjoy a fun, elevated environment, innovative menu, craft cocktails, and a simply damn good time."