Best Places to Party for Cinco de Mayo in Cincinnati 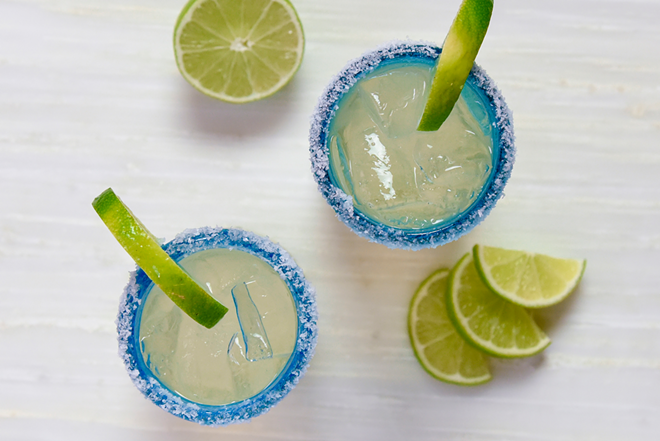 There’s plenty of opportunities of chow down on Latin American fare any time of the year, but if happy hour margaritas and breakfast taco brunches aren’t reason enough, then Cinco de Mayo sure is. Celebrate Saturday night right by checking out these spots throughout the city.

Third Annual Cinco de Mayo Fiesta at Gomez – Gomez is good for a lot more than just the Turtle and they’re rolling out all the stops for Cinco de Mayo with games and live music all night long. Sip on drink specials and on beers from Heidelberg Distributing Company and West Side Brewing. Did we mention they’re cooking up a one-night-only, limited edition menu just for the occasion? 3 p.m.-1 a.m. $5. Gomez Salsa Cantina, 2437 Gilbert Ave., Walnut Hills, gomezsalsa.com.

Cinco de Mayo Fiesta at Rosedale – If there’s any one thing that screams “party,” it’s gotta be a photo booth. Or booze. Luckily, Rosedale has both. With $5 margaritas, palomas and mint juleps (in case anyone forgot May 5 is also Derby Day), making weird faces for the camera should get easier as the night goes on. 4 p.m.-2 a.m. Free. Rosedale, 208 E. 12th St., Over-the-Rhine, rosedaleotr.com.

Cinco de Nada – It’s 80 degrees in Cincinnati, and with summer quickly approaching, Nada is kicking off the season right. Margaritas? Check. Mexican beer? Check? Tequila shots? Check, check, check. No matter the choice in vice, Nada will be there to keep it flowing whether you’re dining inside or chilling on the patio. Making it a real party with live DJs and a photo booth, there isn’t much else we could ask for. (Except maybe an order of queso.) 3 p.m.-1 a.m. Free. Nada, 600 Walnut St., Downtown, eatdrinknada.com.

Cinco de Mayo Celebración at The Sandbar – At The Sandbar, summer means that it’s time for steel drums and sand volleyball tournaments. Enjoy a night soundtracked by the music of The Sunburners and take advantage of $5 margaritas, 5-for-$15 beer buckets (your choice of Corona, Corona Lite, Corona Premier and Modelo) and enough Mexican cuisine to induce a food coma. If the nachos don’t fill you up, the new Baja Chicken Sandwich and South of the Border Burger may be enough to satisfy your appetite. Hang out in the shade or channel your competitive side in sand volleyball until the sun goes down. Just don’t forget the sunscreen. 11a.m.-11 p.m. Free. The Sandbar, 4609 Kellogg Ave., East End, thesandbarcincinnati.com.

Cincy-Cinco Latino Festival – The Cincy-Cinco Latino Festival is turning 15 this year and celebrating its quinceñera by taking over Fountain Square all weekend for authentic Latin music, food, and fun for all ages. Watch non-stop live music and dance while sampling the flavors of food from all corners of Latin America. The festival has held records for World’s Largest Piñata and World’s Longest Taco, so you can be sure to expect something big — even if it’s just the helpings on your plate. Don’t miss the welcoming party on Saturday night to join in the conga lines and the chance to take a crack at a piñata. May 4-6. Free. Fountain Square, 520 Vine St., Downtown, cincy-cinco.com.

Northside Distilling Co. Agave Release – Northside Distilling Co. has officially added a "tequila" to its lineup of spirits. It’s the first one to ever be made in Ohio, and Cinco de Mayo couldn’t be a better day to celebrate its release. Technically it’s an agave spirit — you can only say it is tequila if it’s made in certain parts of Mexico — but if it can go in a margarita or a shot class with salt a lime, it doesn’t matter much what you call it. 1 p.m.-midnight. Free. Northside Distilling Co., 922 Race St., Downtown, northsidedistilling.com.

Cinco de Derby at Queen City Radio – The Kentucky Derby falls on Cinco de Mayo this year, but at Queen City Radio, you don’t have to choose only one event to celebrate. It’s a Derby party inside, complete with a mint julep station and a photo booth (all the better for showing off those fancy hats). Outside, the brand-new Airstream bar is Cinco de Mayo central with margarita specials and $4 Alesmith Sublime Mexican Lager. It’s not often that you can party-hop within a single bar, so make the most of the night and celebrate two occasions in one. 2 p.m.-2 a.m. Free. Queen City Radio, 222 W. 12th St., Over the Rhine, qcrbar.com.