The bakery is owned by Ryan Morgan of Sixteen Bricks and renowned pastry chef Megan Ketover. 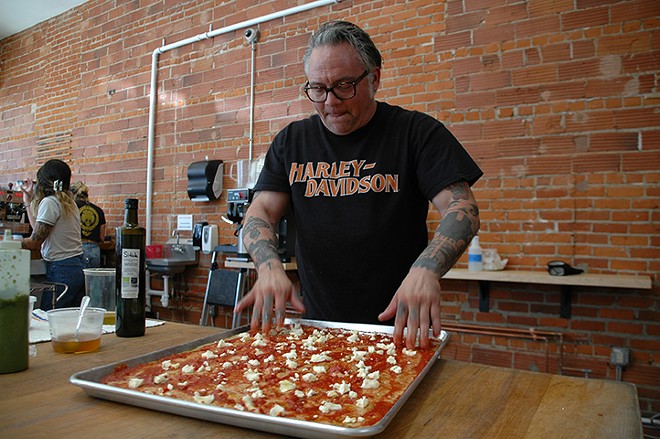 College Hill is now home to El Camino Baking Co., which, after several weekends of what it described in an Instagram post as a “barebones low key dry run,” is now open for regular bakery/coffee shop hours as of Aug. 24.

The bakery is owned by Ryan Morgan, who gained national attention as owner and head baker of Sixteen Bricks, and pastry chef Megan Ketover, who’s established a great reputation in the industry as executive pastry chef for Boca and, more recently, Khora and Hart & Cru. This will be the first time Morgan has opened a bakery with retail options instead of the wholesale business he’s used to running at Sixteen Bricks.

“It’s super nerve-wracking to realize you’ve never had a retail location before,” Morgan says. “I run a pretty good sized wholesale operation, but it’s just kind of getting all of those other movements of navigating humans coming in — they really want a lot of attention.”

Morgan isn’t sure how he’s going to transition to direct customer interaction — the baker is well known for his congenially blunt way of communicating which, some might argue, translates incredibly well into the no-nonsense way he bakes.

“I’m gonna get canceled before this is all over,” he says between laughs. “They’re gonna be like, ‘this fuckin’ guy is mean!’”

As long as the quality of his baked goods continue to maintain their level of excellence, it shouldn’t be a problem. At the end of the day, don’t we all want a great loaf of bread more than a simpering baker?

To those familiar with College Hill’s dining scene, El Camino operates out of the building formerly occupied by Red Rose Jems Pizzeria. El Camino serves coffee along with all of its carbo-centric offerings and the shop is set to add pizza to the menu in the near future, once they build out the rest of their building, which will include a dining room. The bakery has yet to set a date for the launching of its pizza menu. 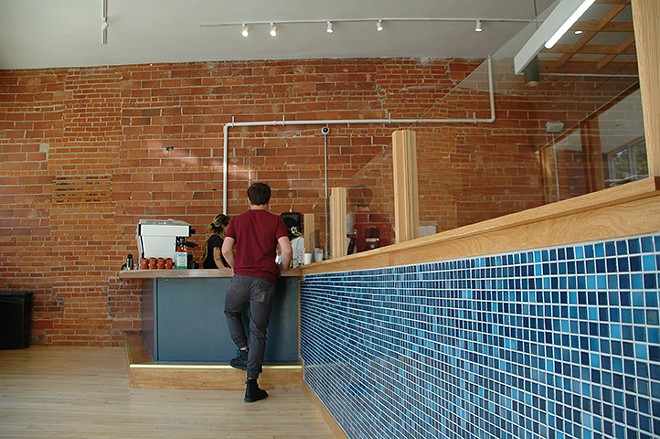 Photo: Sean M. Peters
El Camino Baking Co. is located in the former Red Rose Jems Pizzeria in College Hill.
“It’ll be Neapolitan, for sure,” Morgan says of the pizza style he’s going to approach. “I don’t think it’s going to be better than St. Francis [Apizza], but it’ll be very different.”

Neapolitan pizza is typified by its simple ingredients and airy, thin crust — not an unusual choice for a baker whose fermented pizza dough is meant to be the highlight of the dish.

As of the opening date, the bakery offers an assortment of pastries — think seasonal fruit tarts, croissants and other elevated fare — and for bread, there’s cardamom and apricot bread made with khorason ancient grain flour, pain de Campagne (French sourdough), schiacciata (Tuscan flatbread similar to focaccia) made with Yocora Rojo flour, whole wheat “Super Seed” loaves and spelt-made baguettes and pretzels. The menu rotates because, as Morgan puts it, El Camino gives him the chance to make bread that he wants to bake, not what his wholesale clientele requests.

“I’ve been running a big bakery and I’ve not been able to really focus on the things that have made me very happy,” Morgan says. “Baking and creating breads used to be something that made me exceptionally happy. And then over the years with working with chefs, you know, you’re making what makes them happy.”

Morgan has set up his stone mill in El Camino’s front window so passersby can enjoy a glimpse of how grain is turned into flour.

“It’s up on a stage and it’s kind of enclosed like an aquarium so dust doesn’t go everywhere,” Morgan says. “I can just hang out in there and mill flour and look like a circus act.”
click to enlarge 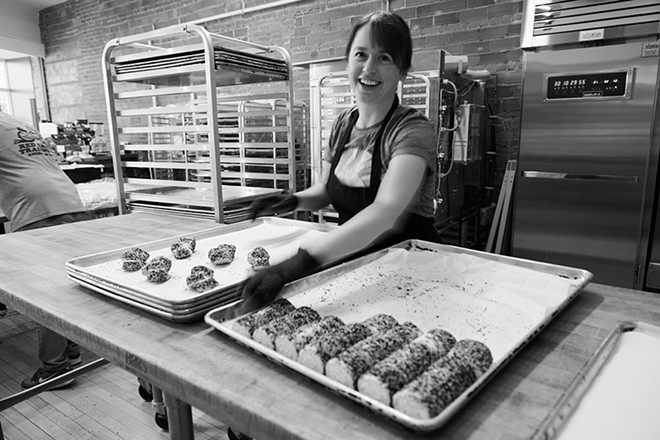 Morgan’s bread is prized by consumers thanks to his adherent use of domestically grown wheat — not necessarily local, but Kentucky sourced. Because of this, he touts his bread to be superior to commercially available bread made from imported and overly processed flour.

“I can keep prices down by feeding people real food,” he says. “It has better taste, a better nutritional value, there is zero waste because each part of the wheat berry that I put in is milled to a powder and turned into bread that you eat. It gives you nutrition and fibers and minerals. It makes you poop and it makes you feel like you have energy and it doesn’t weigh you down.”

Fresh bread is in high demand at El Camino and runs out quickly, so if you plan to buy a loaf, be sure and arrive early.