Subito serves scratch-made dishes (including vegan) in a jazzy environment where you can indulge in the rich flavors of Northern Italy and the warm hospitality of The Lytle’s waitstaff without booking a room. 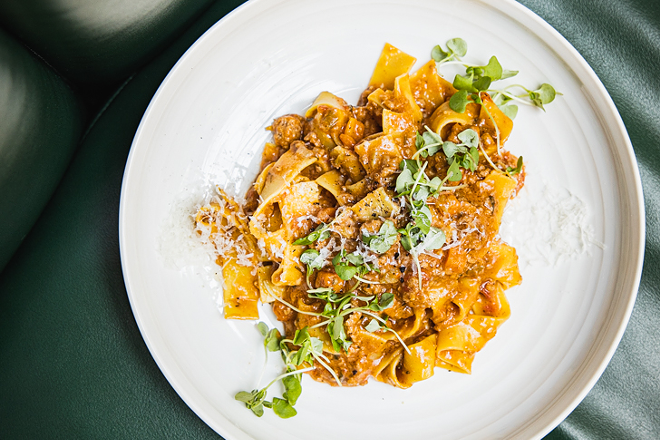 Subito serves scratch-made Italian dishes in a white-tablecloth, jazzy environment where you can indulge in the rich flavors of Northern Italy and the warm hospitality of The Lytle’s waitstaff without booking a room.

The lobby melts into Subito’s dining room, with the bar as a halfway point where you can have a glass of wine while you wait to be seated. You’ll catch a glimpse of the kitchen staff, heads down, firing entrees and wiping the edges of plates before they’re whisked away into the dining room.

“We wanted to create two unique spaces based on people’s preferences,” says hotel managing director Brett Woods. “That nice luxury feel of the white tablecloth and the grand piano, and for those looking for that level of service in a casual setting as well.” 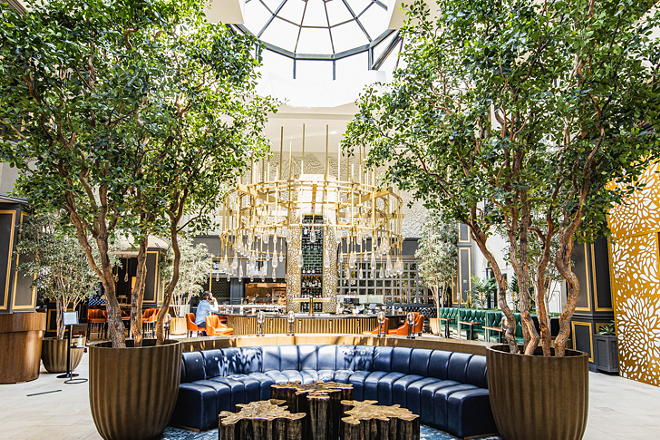 Photo: Hailey Bollinger
The bar at the Lytle Park Hotel

Inside the hotel you’ll be in earshot of the live music — a Jazz trio on Wednesdays and a singing pianist Thursday through Saturday. Weather permitting, you can dine al fresco on the patio that grazes the edge of historic Lytle Park. Or you can dine in the happy medium, a light and airy sunroom that blends the best of both worlds.

Subito was slated to begin service in March of this year, but didn’t end up opening its doors until June. It’s not unusual to push back an opening date in the restaurant world. So many small things can throw a wrench in the plans — licensing, inspections, construction, you name it. But this pushback was different. With every “t” crossed and “i” dotted, Subito, like so many other restaurants and bars, had to wait to open until the first wave of the pandemic passed. With no option but to be patient, the kitchen used those extra three months of downtime to perfect their formulas and brainstorm new recipes for future menus.

Even before lockdown, executive chef Michael McIntosh had spent nine months tweaking recipes before he landed on solid, repeatable formulas. There’s no phoning it in when tinkering with the backbone of Italian cuisine. Excellent pizza and pasta are expected and Subito delivers.

Even seemingly small factors — like the water’s mineral content and how it interacts with yeast — play large roles in the dough’s taste and texture.

McIntosh rifled through 52 iterations of the house pizza dough before landing on the one that gets spun and stretched, adorned with simple ingredients, fired in a brick oven and brought to your table. 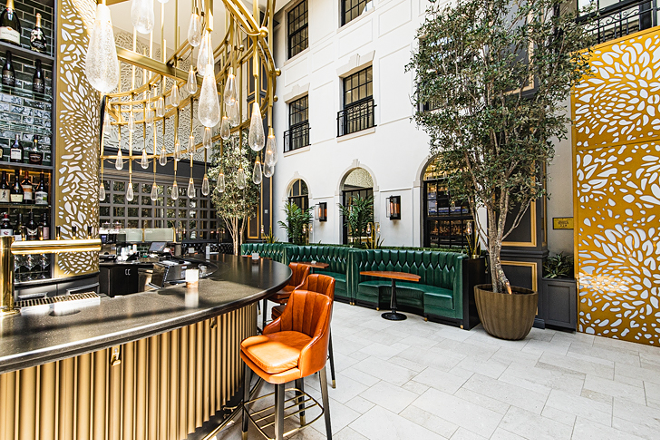 If you’re in search of classico Italiano, the pappardelle bolognese is it. The sauce itself is a multi-day endeavor; first, they braise veal and pork for 24 hours, then add aromatics and lots of white wine and finish it off in the morning. It adorns a plate of silky, chewy pappardelle noodles, but isn’t so heavy that you can’t split a few small plates or order a spread from the raw bar. And the Margherita pizza — with burrata swapped for mozzarella, plus basil, garlic and San Marzano tomatoes — is a must.

For those in the mood to take a non-traditional route, there are plenty of options. “We wanted to have a very diverse menu,” Woods says. “We wanted to be Northern Italian-focused but also have something for everybody.” That includes vegans.

There are a handful of animal-free dishes among the all parmigiano and ricotta. And if you’re absolutely not a vegan, go for the burger. It’s tender, married with a sundried tomato aioli, six-hour caramelized onions and melty taleggio. It has that same low-and-slow quality as beef stew. Or take your pick from a selection of steaks ranging from a 10-ounce top sirloin to a 36-ounce tomahawk, any of which Woods says can be cut with a fork. 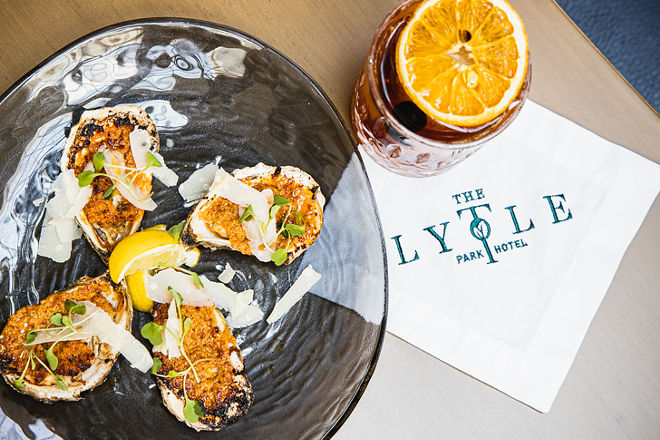 That defining quality can be chalked up to sourcing. Subito exclusively uses Piedmontese beef, a breed of cattle native to Northern Italy. A gene mutation gives these cows a particularly desirable quality called “double-muscling” that increases their lean-to-fat ratio, quite literally making them beefier.

It’s the seemingly small things that make a world of difference when considering distinguishing qualities between similar restaurants.

McIntosh dishes out something Italian for everyone by bringing reasonably portioned, carefully thought-out classics to the table. Whether you’re ordering room service or stopping in for dinner, Subito aims to create an all-around excellent experience.