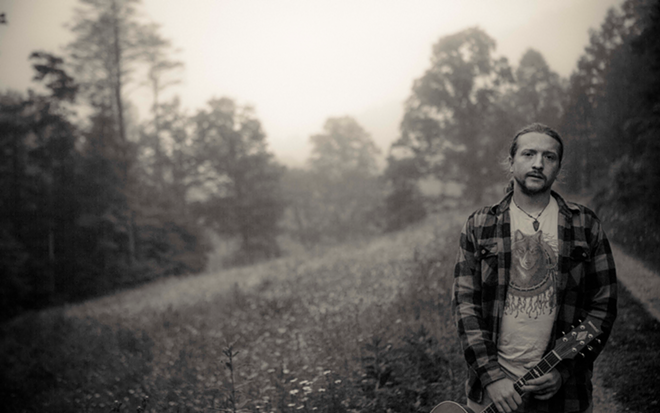 Photo: David McClister
Tyler Childers
In beautiful but hardscrabble Eastern Kentucky, among the coal mines, hollows and opioids, a certain kind of mountain music reigns supreme. Along with Kentucky native Sturgill Simpson, one of its greatest emissaries is Tyler Childers, a young, new artist who blends Bluegrass with a hard Country edge to celebrate Appalachia’s soul.

Nestled in the timber-lined hills of coal country lies Lawrence County, Ky., where Childers grew up, not too far from Butcher Hollow, the birthplace of Country music’s queen, Loretta Lynn. Like Lynn, Childers’ father worked in the coal industry his whole life.

Now 27 years old, Childers was weaned on Hank Williams, Ricky Skaggs (another local Kentucky boy who made good) and Drive-By Truckers, an unlikely trio of influences that shaped much of the early music Childers made with his band, The Foodstamps.

Last summer, Childers released his first full-length album with label distribution, Purgatory. Since then, he’s been selling out clubs across the country thanks to the album’s strong critical reception and well-earned grassroots following, particularly in Kentucky, Ohio and Tennessee. (Childers’ frequent appearances at the locally produced Whispering Beard Folk Festival and clubs like the Southgate House Revival certainly had something to do with his upcoming back-to-back shows at the Southgate selling out well in advance).

With its clutch of great songs, Childers’ livewire tenor rasp and a raw urgency, Purgatory instantly became one of the contenders for Roots Record of the Year. It doesn’t hurt that Sturgill Simpson, one of AltCountry’s brightest stars, co-produced the album (Simpson’s first outside production effort) with David Ferguson, Johnny Cash’s former sound engineer.

By phone before a recent show in Lawrence, Kan., Childers talked about what has and hasn’t changed with his newfound success.

“Well, I’m getting more likes on Facebook now,” he says with a chuckle. “But it’s still the same boys in the band. We churched it up and dropped the Foodstamps name on the official billing, but… ah, you know, you can call us what you want, just don’t call us late for dinner.”

Like his music, there’s no gloss or varnish in Childers’ voice, just a pure-grain, unadulterated throaty yelp that he’s perfected over the years

“I grew up listening to Hank, singing ‘Long Gone Lonesome Blues’ and trying to get my whine down or my hiccup — that yodel of sorts,” he says. “I listened to a lot of Ricky Skaggs’ Country stuff. That’s kind of the sound I’m looking for — enough grass to make it blue, but just as much Honky Tonk, like bar-band Country.”

Every cut on Purgatory swaggers, with rousing outlaw anthems like “Whitehouse Road” ringing out. Childers’ lyrics are consistently quote-worthy: “Get me drinking that moonshine/Get me higher than the grocery bill/Take my troubles to the highwall/We been sniffing that cocaine/Ain’t nothing better when the wind cuts cold/Lord it’s a mighty hard livin’/But a damn good feelin’ to run these roads.”

Other key phrases of his — such as “fierce abandon” from “I Swear (To God)” — capture the feral, ecstatic quality in Childers’ voice and music. An irreverent fervor shrouds the songs on Purgatory, and whether in pursuit of love, drugs or an open road, his characters revel in letting loose and following their own counsel, consequences be damned.

This is not the check-cashing Country music played on radio today, but a much more soulful, dangerous variety. It’s part of a fugitive lineage that sometimes includes echoes of Waylon Jennings, Steve Earle and Simpson himself — each an iconoclast with singular voices. But Childers is also open to other genres, as evidenced during recent shows by a solo acoustic version of Pink Floyd’s “Time.”

Ironically, Childers says he learned how to sing with such intensity in a sacred place.

“I’ve grown up in church and Gospel music was a big thing — and Bluegrass — but I just think of that music my buddies and I listened to growing up in the hills, it was as meshed together as what people now call Americana,” he says. “We just played whatever we could get ahold of. If we were at a party and we had a banjo, a mandolin and guitar or 10 guitars, that’s what we played that night.

“I’m chasing a feeling more than a sound and I try to reflect that in my turns of phrases. Growing up in church, people would get up and sing, and the conviction reflected in their vocals; I try to carry that in my sound.”

Childers doesn’t fit any Country or Roots musician stereotypes. Even his liner notes and album dedication run far outside of Nashville boundaries, as he casually tosses off quotes from unexpected foundational influences like iconic Beat writer Jack Kerouac.

“My mom dropped me off at a bookstore in eighth grade and I picked up this book, and it said on the back, ‘Sex, Jazz and drugs,’ and I was like, ‘Cool, I want to read this one,” Childers says of his introduction to Kerouac. “And I have made a point of trying to reread it every year. I think what stuck with me (as far as) my obsession with Kerouac was just the stream of consciousness, the ‘say what you mean and mean what you say.’ If you’re trying to write genuinely and you have to think too hard on it, then it isn’t too genuine now is it? That’s what I’ve always tried to do in all my life experiences and writing about it, it’s like, ‘Well, how’s that make you feel?’ ”

“East Kentucky, Baptist good ol’ boy, eighth grade and I was reading these books by this guy who was raised Catholic but created his own personal belief system with Catholicism meshed together with Buddhism,” Childers says of his discovery of Dass. “(It) turned me on early to the idea of taking an honest assessment of your heart and if it doesn’t jive with the culture around you, then maybe the culture could be wrong.”

Childers’ best songs spill over with profane poetry and high, lonesome Appalachian-mountain grit, perhaps best showcased on Purgatory’s gorgeous, mid-tempo “Feathered Indians.” As fiddle, mandolin and guitar back him up, he sings, “Well, my buckle makes impressions/On the inside of her thigh/There are little feathered indians/Where we tussled through the night/If I’d known she was religious/Then I wouldn’t have come stoned/To the house of such an angel/Too fucked up to get back home.”