The band is expected to play songs from new album "Doomscroller" as well as from their substantial catalog. 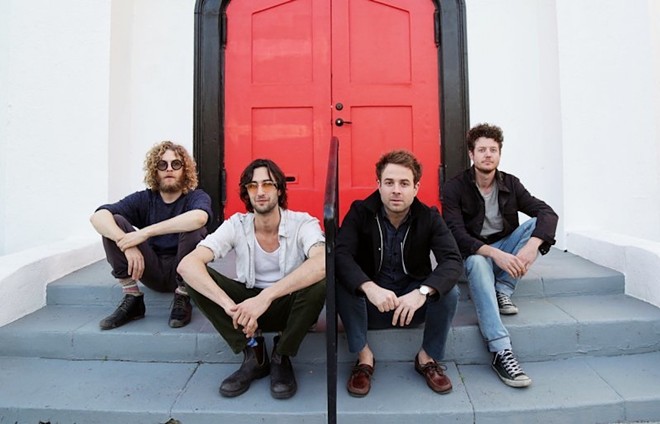 With the release of their newest album, Misadventures of Doomscroller, Dawes is set to embark on another tour. Once again, they’re coming to Cincinnati and bringing their brand of vintage-sounding California folk rock to Taft Theatre. The venue and the band have quite the history together, as Dawes has played the historic Cincinnati theatre on numerous occasions.

Each live performance sees Dawes leaving everything they’ve got on stage for fans, and this time promises to be no different. July’s Doomscroller is their eighth studio album, though Dawes cheekily says that if you don’t count the first seven, this is actually the band's debut, according to a press release. Doomscroller brings about a bit of deviation from their usual efforts and saw the band experiment with much longer, epic-length songwriting – you know, like those comment threads on political posts that you read while doomscrolling.

Despite breaking from their singer-songwriter traditions, the band says that everything on Doomscroller is as warm and comforting as any song from Dawes’ past albums.

During the tour, Dawes is expected to play songs from Doomscroller as well as from their substantial catalog.