Alt-pop acts Gin Blossoms and Toad the Wet Sprocket also are on the bill. 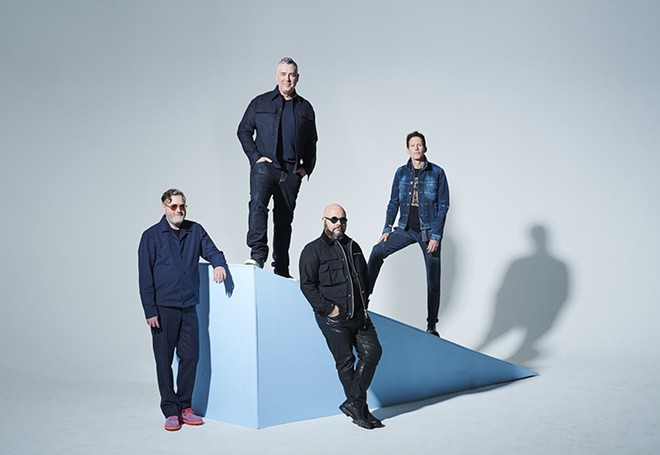 One of summer's big nostalgia tours is finally happening after several starts and stops.

Alt-pop acts Barenaked Ladies, Gin Blossoms and Toad the Wet Sprocket will play PNC Pavilion on Aug. 29. The show originally was slated for 2020 but was postponed during the COVID-19 closures. The tour then was rescheduled for June 20 but was canceled due to "unforeseen circumstances."

All three acts were ubiquitous during the ‘90s and ‘00s, licensing their tunes for countless productions, including “It’s All Been Done” in the original Beverly Hills, 90210, “Til I Hear It from You” in Empire Records and “Good Intentions” in Friends.

None of the bands have become stagnant, either. Barenaked Ladies wrote the theme song for The Big Bang Theory, staged a series of ocean cruises and even developed the Ben & Jerry’s ice cream flavor “If I Had 1,000,000 Flavours,” named after the group’s fan-favorite song. BNL’s latest album Detour de Force dropped in 2021, delayed – like the tour – by the COVID-19 pandemic.

Gin Blossoms also stayed busy with new music and lots of touring. Since a short hiatus in the late ‘90s, the band has recorded three more studio albums, including 2018’s Mixed Reality. Gin Blossoms also hit the road with other ‘90s acts like Everclear and Collective Soul.

Likewise, Toad the Wet Sprocket took a break after finding ‘90s fame but regrouped for a series of small-venue shows before reuniting for good in 2010. Since then, Toad re-recorded their albums while releasing new ones and launching bigger tours with Counting Crows and Smash Mouth. The band’s latest album Starting Now was released in 2021.

To add to the summer vibe at the show, ticketholders for the combo tour, dubbed “Last Summer on Earth” – now in its sixth iteration – will get a beer tasting and a download of a Barenaked Ladies album. Moreover, Xennials, who finally are reaching the age at which a 9 p.m. bedtime sounds luxurious, will appreciate the concert’s early start.