The tour supports the band's sophomore album, "The Battle at Garden's Gate," which hit various No. 1 Billboard spots. 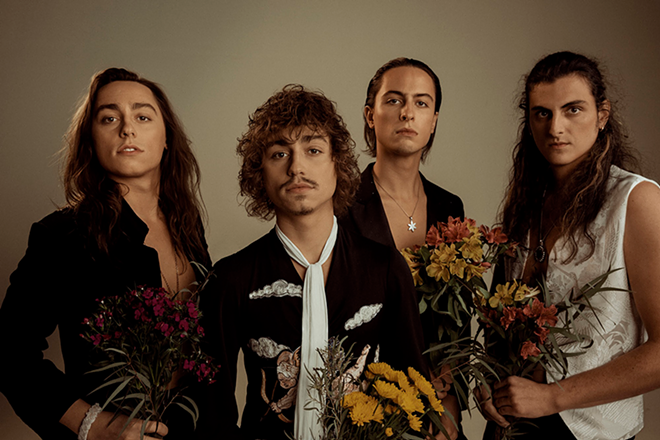 The band — brothers Josh, Jake and Sam Kiszka, along with drummer Danny Wagner — will embark on their "Dreams in Gold" Tour starting March 10 in Kalamazoo, Michigan before heading abroad for a handful of dates in Brazil, Sweden, France, Germany and the U.K.

As usual, Greta Van Fleet's Instagram is such a hotbed of boyish ridiculousness that we cannot for the life of us discern whether they are being self-aware or have smoked too much oregano. In recent months, each member has released their own spoof on the popular educational video series Masterclass. Are they teaching drums? Guitar? Robert Plant-style wails? Nope. Try plant-based cooking, decorum and refinement, golf, and spiritual psychology.

"Love and light is evolution and revolution," Josh, er, Dr. J.M.K. states in his spoof. "And that's where we belong."

Honestly, where is the lie, though?

A version of this story was first published by CityBeat sister paper Detroit Metro Times.