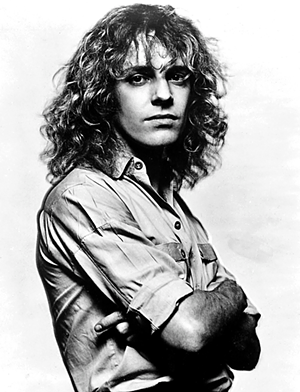 Rock legend Peter Frampton — who lived in Cincinnati for several years around the turn of the century — has announced he will embark on his final tour this summer. The tour dates (primarily in the U.S.) include a July 12 return to Riverbend Music Center, where Frampton has performed several times in recent years, including a visit last summer with the Steve Miller Band.

Tickets to see Frampton come alive one last time on a Cincinnati stage go on sale Friday, March 1 via ticketmaster.com or by phone at 800-745-3000. Visit frampton.com for info on VIP packages. Jason Bonham's Led Zeppelin Evening will open the show.

After co-founding Rock supergroup Humble Pie in 1969 when he was just 18, Frampton began his historic solo career. His double-live album Frampton Comes Alive! made him a superstar in 1976; it was the best-selling album of 1976 and remains one of the top-selling live albums of all time, moving more than 11 million units worldwide.

Frampton bought a home in Indian Hill in 2000 after marrying a woman from the area. He sold the house after getting divorced earlier this decade and now lives in Nashville.

When Frampton lived in Cincinnati, he was involved in several community projects. He appeared on the King Records tribute album Hidden Treasures in the early ’00s alongside local acts like Over The Rhine, The Ass Ponys, Blessid Union of Souls and many others, recording a cover of Freddie King's "Hide Away" that also featured local drummer Philip Paul, who appeared on the original.

Frampton — often considered one of the biggest Rock and Roll Hall of Fame snubs — will be on CBS This Morning: Saturday tomorrow (Feb. 23) to talk about his decision to quit touring.

UPDATE: Frampton told CBS he has the autoimmune disease Inclusion Body Myositis (IBM), a progressive muscular disorder, and he wants to go out while he is still in top form, playing-wise.

"The reason I’m calling it the ‘farewell tour,’ again, is because I know that I will be at the top of my game for this tour and I will make it through this and people won’t be saying, ‘Oh you know, he can’t play as good.’ I can. But we just don't know for how long.”