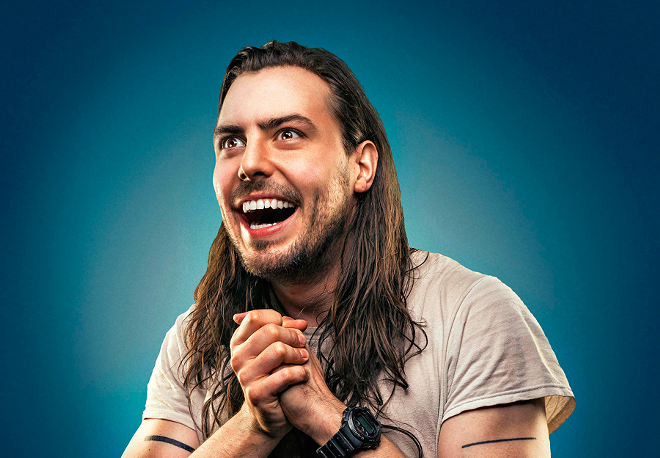 Andrew W.K. hasn’t released an album since 2009, but don’t think the man born as Andrew Wilkes-Krier has been in hibernation the least eight years: The Michigan native went on a speaking tour dubbed “The Power of Partying,” launched his own political party called the Party Party, gave the keynote speech at a My Little Pony convention, delivered a guest lecture at the Oxford Union titled “The Philosophy of Partying” and, perhaps best of all, released a pizza guitar.

For the uninitiated, Andrew W.K. rose to prominence behind his 2001 debut full-length I Get Wet, a collection of straightforward Hard Rock anthems anchored by his exuberant sing-shout voice and highlighted by his signature song, “Party Hard.” And now it seems the world’s most dedicated partier is ready to get back to his bread and butter — going on tour to highlight songs from his six albums and releasing a new record that will drop in March 2018.

Here’s what he said in a statement about the new album, which of course will center around his favorite activity: “I’m going for the sound of pure, unadulterated power; every emotion, every thought, every experience, every sensation, every fear, every joy, every clarity, every confusion, every up, every down ... all extruded and concentrated into one thick syrup of super life-force feeling, and then psychically amplified by the celebratory spirit of glorious partying.”