Sound Advice: The Classic Crime with Matt & Toby (from Emery) and Civilian (May 5) 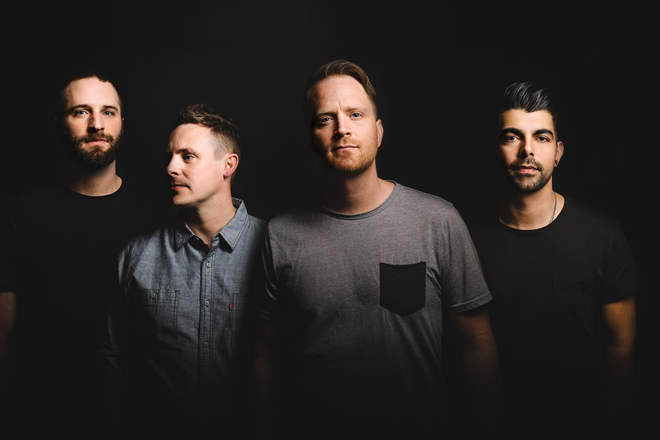 Photo: Robbie Negrin
The Classic Crime
Because of their five-year affiliation with Tooth & Nail Records, The Classic Crime has typically been considered a Christian Rock band, but as frontman Matt MacDonald has rightly pointed out, religion is a highly personal issue and the members of the band are not united in their religious pursuits — which means they’re not a Christian band. There are a good many spiritual references and observations in the Seattle quartet’s songwriting, but they are obviously reflective of the individual songwriters’ viewpoints and not meant to infer a band position on Christianity.

The Post Rock/Punk/Pop band began 13 years ago as a quintet, featuring MacDonald, guitarists Robbie Negrin and Justin DuQue, bassist Alan Clark and drummer Paul Erickson. After a couple of years of steady gigging and building a strong fan base, The Classic Crime signed with Tooth & Nail for its 2006 debut, Albatross, which set the label record for first-week sales of a debut album. The group’s acclaimed sophomore set, 2008’s The Silver Cord, was darker and heavier than its predecessor and featured the song “5805,” named after the address of the group’s first rehearsal space (several members have a tattoo of the number as well), which had been a live favorite long before the band recorded it. Amazingly, the album’s Soundscan report showed that The Silver Cord sold exactly 5,805 copies in its first week of release.

Although the group shies away from the Christian label, The Classic Crime showed plenty of faith when it left Tooth & Nail after the release of 2010’s Vagabonds. The following year marked the departure of DuQue, who left for a healthcare career and to focus on fatherhood. MacDonald took over the second guitar slot and the remaining quartet funded its fourth album, 2012’s Phoenix, with a successful Kickstarter campaign. Later that year, The Classic Crime became the second band to be publicly traded on the newly formed New York Rock Exchange.

Last spring, The Classic Crime started a new Kickstarter campaign to fund its fifth album of new material (2014’s What Was Done was an acoustic career retrospective), and reached its $30,000 goal within three days. The first song from the new set, the anthemic and expansive “Holy Water,” premiered in early March, and the envelope-pushing album How to Be Human was released last week to glowing reviews after big pre-order sales. How about that — Crime really does pay.