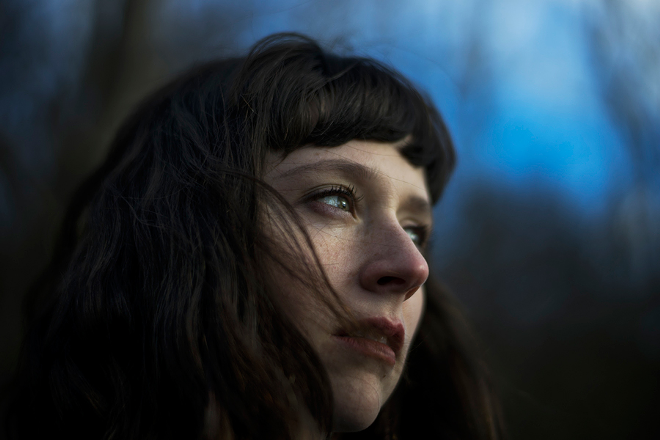 Photo: Michael Rubenstein
Waxahatchee
Katie Crutchfield grew up in the DIY scene of her native Birmingham, Ala., a singular breeding ground she carries with her today as a restless writer of starkly personal songs. Her 2012 debut, American Weekend, under the moniker Waxahatchee, is spare and intimate, the lo-fi sound of a Punk poetess emerging from a difficult breakup. The follow-up, 2013’s Cerulean Salt, is more expansive in multiple ways — including the addition of a full band behind her — but no less emotionally piercing. Think Rilo Kiley before their glossy Fleetwood Mac makeover.

Waxahatchee jumped to Merge Records for 2015’s Ivy Tripp, another leap forward in terms of sonic diversity but no less evocative in its preoccupation with intimate emotions. Crutchfield and crew hit the road for the next year and a half behind its 13 songs, which range from the guitar crunch of “Under a Rock” to “Half Moon,” a moving, stripped-down piano ballad that wouldn’t be out of place on an early-era Cat Power record.

“The record is about directionlessness,” Crutchfield told Spin when Ivy Tripp hit two years back. “It applies to a generational thing. A generational directionlessness of people wandering through life, or trying to find things that make them happy without (conforming to) the structure generations behind us have had.”

Crutchfield’s been writing the follow-up to Ivy Tripp, and she will unveil some of the new material during a brief solo tour that precedes a full-band Waxahatchee jaunt opening for The New Pornographers this spring. What can we expect of her latest ruminations? If Crutchfield’s Twitter feed is any indication, expect the following as a mission statement, which seems informed by our current political climate: “2017, the year we stop being polite and start getting real.”