Aoki will be joined by Timmy Trumpet, Riot Ten, Godlands and Global Dan when his Color of Noise Tour hits Bogart's in early March 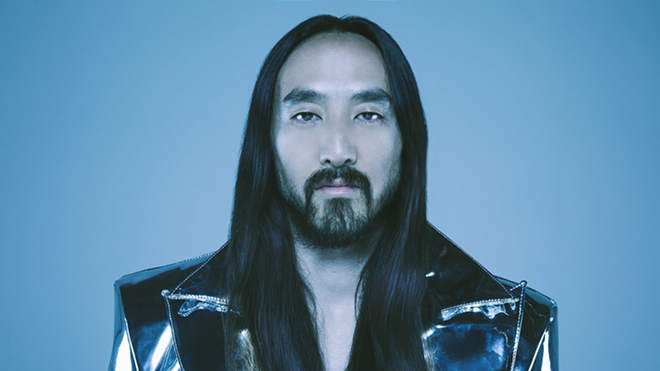 One of the most popular DJs in the world, Steve Aoki, has just announced the dates fpr his The Color of Noise Tour and it includes a March 10 stop at Bogart's.

Aoki founded Dim Mak Records, a record label and events/lifestyle company, back in 1996. The label has served as the launching pad for acts such as The Chainsmokers, Bloc Party, The Gossip and The Kills; Cincinnati's own Pearlene released its album Murder Blues & Prayer through Dim Mak back in 2003. As it approaches its 25th anniversary, the label has issued more than 1,000 official releases.

Aoki’s tour supports his Neon Future series (released via Ultra Music/Dim Mak), albums that “delve into Aoki’s deep interest in futurism through technology and explore timely themes of singularity, biotechnology, electronic immortality and the symbiotic relationship between man and machine.”

“Neon Future is about a global community. Across the board, the artists on this album represent different cultures, languages, and walks of life coming together around this album concept,” says Aoki in a press release. “I’ve always intended for the Neon Future concept to extend beyond just the music. I really do like to spread my wings far and wide and I love being able to cross into different cultures, genres, and worlds.”

Aoki was last in Cincinnati in 2017 when he was a headliner at Ubahn Fest.

Tickets for the show go on sale at 10 a.m. this Friday, Jan. 17 via ticketmaster.com.