It looks like Shamu and Big Bird won't be riding the Beast anytime soon. 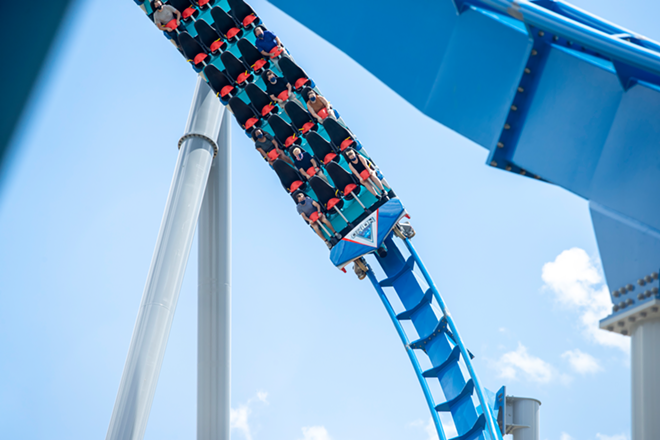 It looks like Shamu and Big Bird won't be riding the Beast anytime soon.

On Tuesday, SeaWorld Entertainment reported that Cedar Fair — the company that owns Kings Island, Cedar Point and other amusement parks — turned down a reported $3.4 billion cash offer to be acquired. SeaWorld's interest and offer largely had been a secret until business outlets began reporting on it in early February.

"In response to inquiries from various stakeholders, we confirm that our offer to acquire Cedar Fair was rejected. Unfortunately, we do not see a path to a transaction," SeaWorld wrote in a Feb. 15 statement.

In contrast, Cedar Fair did not release a statement about its rejection of SeaWorld's offer. But Wednesday morning — perhaps in response to the attention — the company shared a release detailing its figures for both the fourth quarter and the full year of 2021, including:


"We are extremely pleased with our 2021 results, particularly given the level of uncertainty with which we entered the year and the ongoing headwinds of the pandemic," Cedar Fair President and CEO Richard A. Zimmerman said in the release. "Our key strategic initiatives focused on broadening and enhancing the guest experience are clearly resonating with consumers. As a result, we produced revenues over the second half of 2021 that outpaced the record revenues of the comparable six-month period in 2019 by 14%, an increase of more than $130 million. Our outstanding performance is a testament to the agility and insight of our talented team as they overcame unprecedented challenges of 2021."

Cedar Fair’s flagship property is Cedar Point in northern Ohio, but the company, which is headquartered in Sandusky, also owns and operates a number of other amusement parks (including Kings Island in Cincinnati, home of record-breaking wooden rollercoaster the Beast), water parks and hotels.

Had Cedar Fair accepted SeaWorld's offer, its parks would have joined SeaWorld's attractions of its namesake marine-life park, Sesame Place, Busch Gardens and others.

Both SeaWorld and Cedar Fair were hit hard by the pandemic, but CNBC reported in February that when news of the "takeover offer" was first reported by Bloomberg, Cedar Fair's stock soared by more than 15%, closing at its highest level of the past year.

Over the past year, Cedar Fair dramatically increased wages for part-time staff. Cedar Point doubled its wages for seasonal workers, from $10 to $20 per hour, effectively ending its worker shortage as applicants poured in for the suddenly attractive jobs. Likewise, Kings Island upped its starting wage for 900 seasonal positions to $18 per hour for the 2021 season.

Cedar Point also raised its daily ticket price to $85 this year, a $10 increase from the 2021 rates. Though few pay full-price when they go to Cedar Point — coupons and online discounts run rampant — the price hike was interpreted as a response to the economic stressors of the pandemic and the wage increases of the year before.

SeaWorld had a presence in Ohio from 1970 until 2000, at which point the Aurora location was overtaken by neighboring Six Flags (formerly Geauga Lake).

Sam Allard contributed to this story.