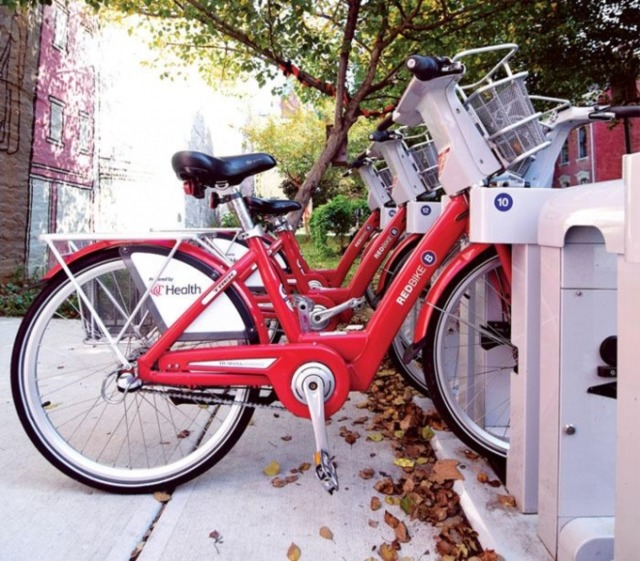 Red Bike announced its Red Bike Go program on April 16, which will offer $5 memberships to residents who qualify for the Supplemental Nutrition Assistance Program, energy assistance programs PIPP or HEAT, or who are clients at local nonprofits partnered with the bike share program.

"Bicycling can be a convenient way to actively commute around the city, get to work or school, run errands, exercise and enjoy time outside with friends and family," the bike share program said in a news release. "The Red Bike Go program hopes to expand that awareness and interest to be more inclusive and representative of the larger community."

The program's initial partners are Ohio Means Jobs, Cincinnati-Hamilton County Community Action Agency, Greater Cincinnati Urban League and the Brighton Center in Newport. Red Bike is also working with the Human Services Chamber of Hamilton County to offer clients of its 50 member organizations Red Bike Go passes. The company says it is looking for other partners as well.

That membership offers unlimited 90-minute rides for the duration of the monthly pass and includes a membership card. Riders interested in enrolling in the Go Pass program can pay via bank card, prepaid value card or in cash. Payment via card will be accepted online at the new program's website.

Future Red Bikers can also pay via card or in cash in person at Red Bike's shop at 14 W. 15th St. in Over the Rhine or during outreach events. The first of those will be conducted by Red Bike's street outreach team April 28 at Cincinnati's Health Expo in Washington Park. Another outreach event will be held May 7 at the Ohio Means Jobs Center at 1915 Central Parkway between OTR and the West End.

Red Bike's equity effort is based on other successful programs in places like Philadelphia and California's Bay Area.

The launch of the low-cost bike share membership comes after months of community outreach, focus groups and surveys, particularly among the area's black communities, to identify interest in and barriers to using bike shares.

According to 2015 Census data, about half of the people who commute to work by bike make below $25,000 a year. Granular data for Cincinnati isn’t readily available, but cyclists from low-income areas will tell you they are more common than most people realize, especially in places where levels of car ownership are far lower than average. Last summer, CityBeat covered efforts to extend a bike path out of Winton Hills, which is 90 percent black with a median household income of less than $11,000. Just 15 percent of Winton Hills’ 4,787 residents own their own cars, according to a report by the Cincinnati Health Department.

The bike share program today also announced a $15-a-month membership pass without income requirements. That pass offers the same benefits as the Red Bike Go Pass, but is available to anyone regardless of income.