Per a new proclamation — signed in orange ink — Dayton will transform into Who Deyton on Sunday and "the entire time the Bengals remain in contention for the Vince Lombardi Trophy.” 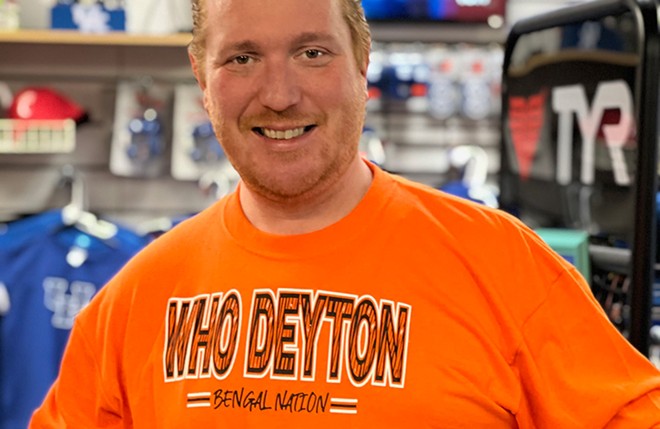 Dayton, Kentucky is once again getting a new name.

Last week, ahead of the Bengals vs. Tennessee Titans game, Dayton Mayor Ben Baker signed a proclamation saying that on Saturday, Jan. 22, Dayton would become "Who Deyton."

And Baker is doubling up on that commitment in advance of the Bengals vs. Kansas City Chiefs AFC Championship game on Sunday. Per a new proclamation — signed in orange ink — Dayton will transform into Who Deyton for that day in honor of the team. And it will be known as Who Deyton until the Bengals win the Super Bowl, says Baker.


“We had so much fun renaming our city as Who Deyton last Saturday, we decided to do it again, but this time the name will remain in place during the entire time the Bengals remain in contention for the Vince Lombardi Trophy,” he says in a release.

Dayton is also changing the colors of the city logo from green to Bengals orange and has replaced the lights at City Hall and the next door firehouse with orange lights. In addition, the firehouse boasts a banner that reads "Who Deyton: Let's Go Bengals." Baker also purchased Who Deyton T-shirts for City Hall and Public Works Department employees to wear on Friday.

Dayton's history with the Bengals involves more than its proximity to Cincinnati, a press release from Dayton City Administrator Jay Fossett says. The 1937 Bengals held its first workout in the city's Tacoma Park; later that year, the team also held its first scrimmage at O.W. Davis Field.

The AFC Championship will take place at 3:05 p.m. Sunday, Jan. 30, at Arrowhead Stadium in Kansas City. Fans can watch the game on CBS, Paramount + or NFL mobile options. 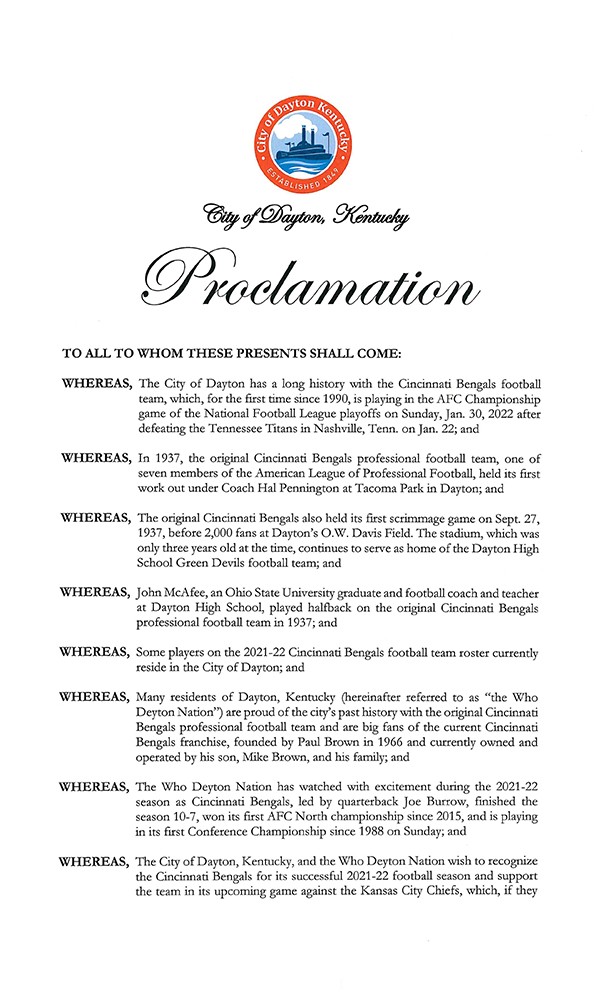